A nice little gem in Vincentown along Route 70. There are many legends and stories that go along with this location; we will touch on a few of them.


There are tales of orgies, animal sacrifice and ghosts haunting this location. One of the legends that attempts to explain the ghost girl (that lived in the house) was that a 17 year old girl named Maria Alacon died in a car crash in 1978 on Church Road and 541 as she was heading back to Lenape High School from lunch. They say the accident decapitated her. In this crash Brian Pittman (from Main Street in Vincentown) was also killed. The driver of the car lived but people claim it wasn’t his fault for at the time there was no traffic light at this intersection and they were hit by a large truck carrying logs.

Maria's mother was very religious and knew of the evil sources that the house possessed and finally left the property. Some say a girl still lives on the property. Could this be Maria? Some say the kitchen floor shakes from the captured anguish and anger in the house. The current owners decided not to tear the house down due to the historic value and the legends that surround the location.

Many people wonder why the road and this location had the name Purgatory in it. The Oxford Dictionary also states that the word Purgatory refers to streams that flow in a ravine. Purgatory Road takes its name from Purgatory Run because the road crosses the headwaters of that stream. The toponym “Purgatory Run” dates to at least 1838 and is generally associated with Bear Swamp. Purgatory Run may have received its name because it may have contained enough water to make its presence known, but not enough water to power a mill, thereby making it a source of suffering. Bear Swamp could have brought temporary suffering to the landowner, likely a member of the Prickett family. I am sure the swamp was quite a dismal place, although, once the owner had harvested the Cedar trees, I suspect he no longer felt the place was a purgatory. UPDATE: The Purgatory House caught fire and burned down in Sept of 2011. The cause is under investigation 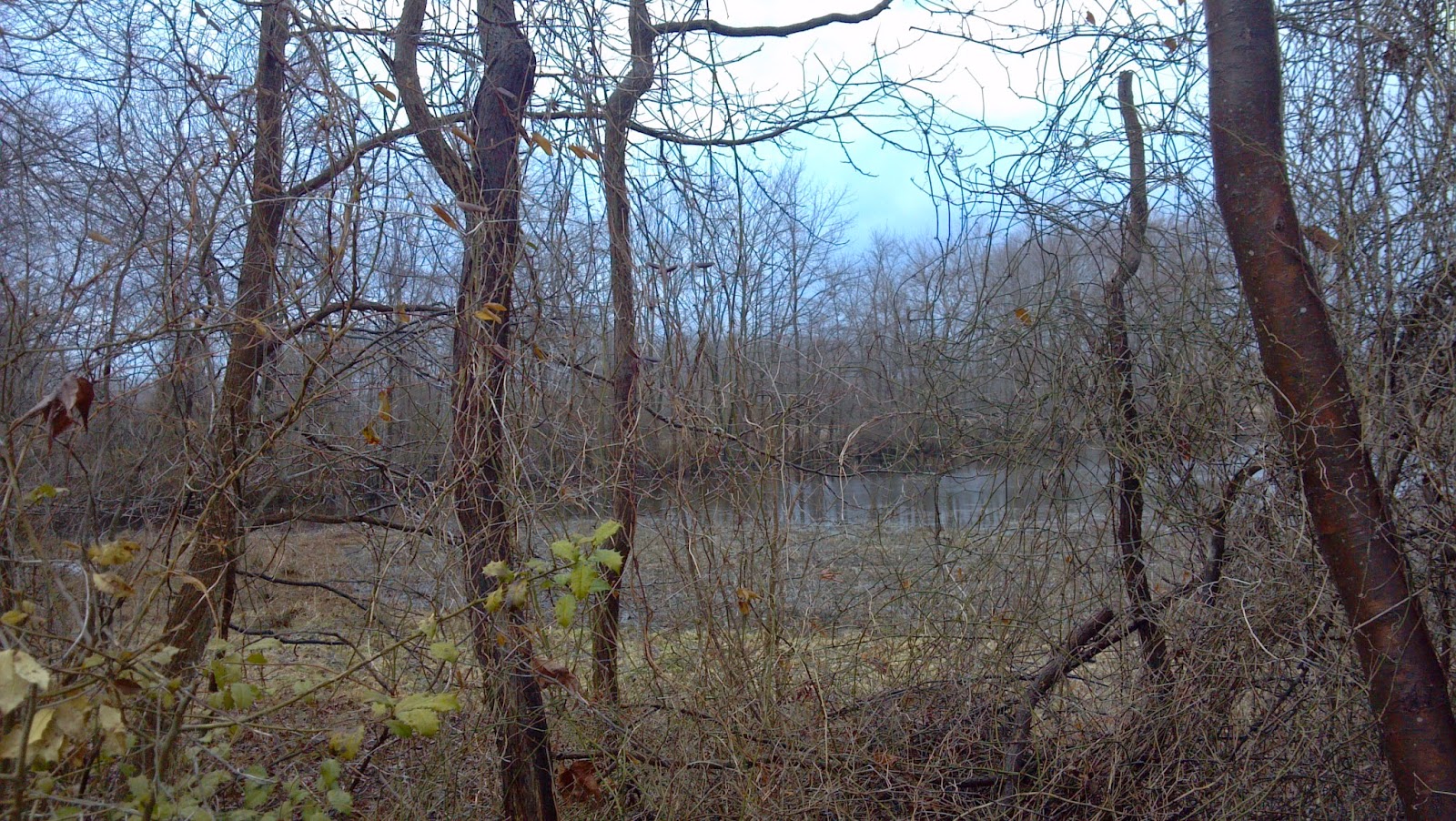 We were out with a client and afterwards found ourselves right next to Purgatory Road and the Purgatory House so we decided to stop and obtain an update. As we have known there was a fire a few years back and the place burned down, all that was left is a pile of rubble and the chimney along with a temporary lake that formed due to the melting snow and the torrential downpour that occurred today. 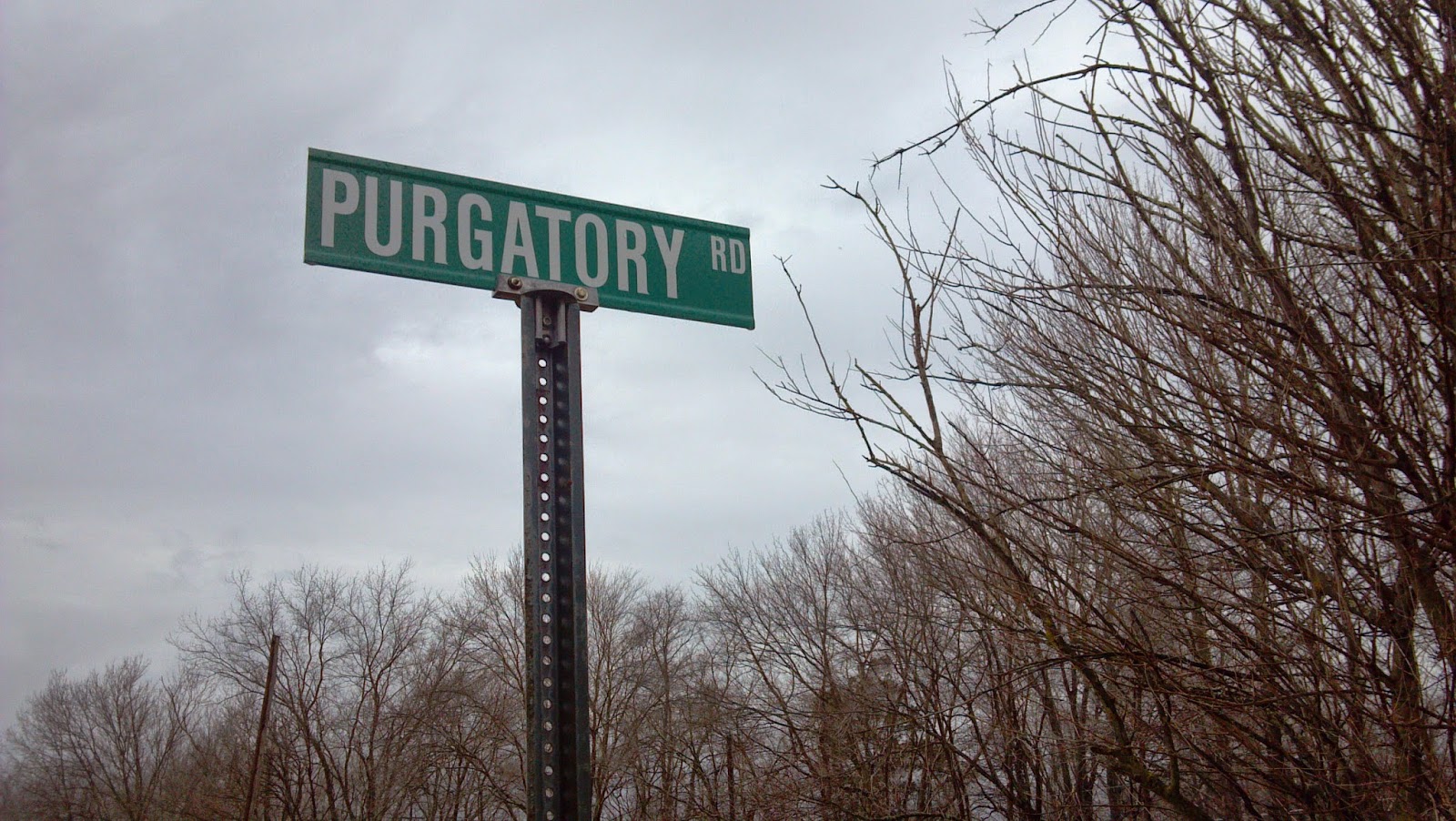 Based on the "Coming Soon" signs along Route 70 in the same area we can only assume that shortly this property will also be sold to developers to make mini malls or more housing developments. 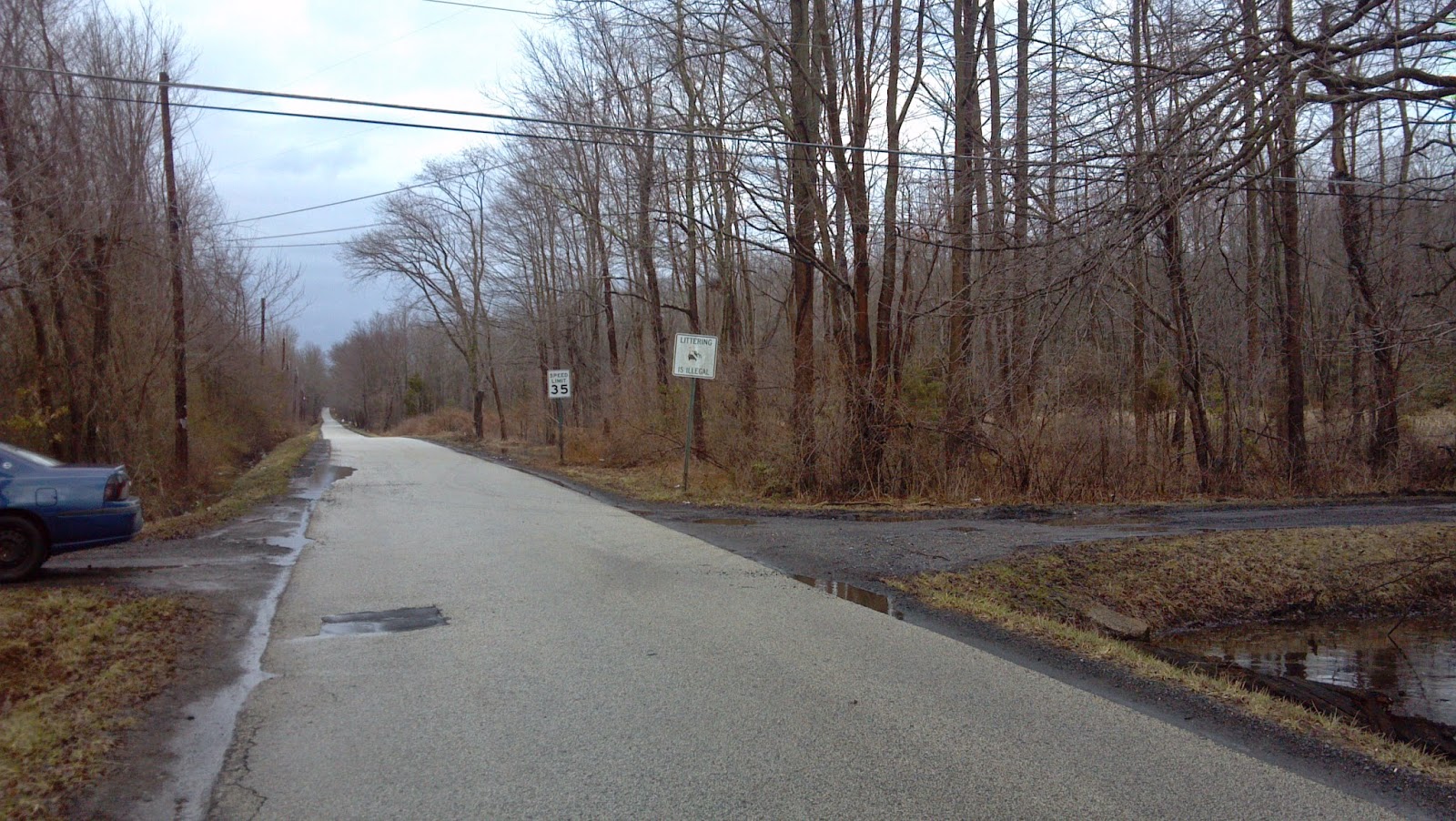 The Purgatory House was an interesting location with a haunting past and we are glad that we were able to document it prior to its untimely demise. 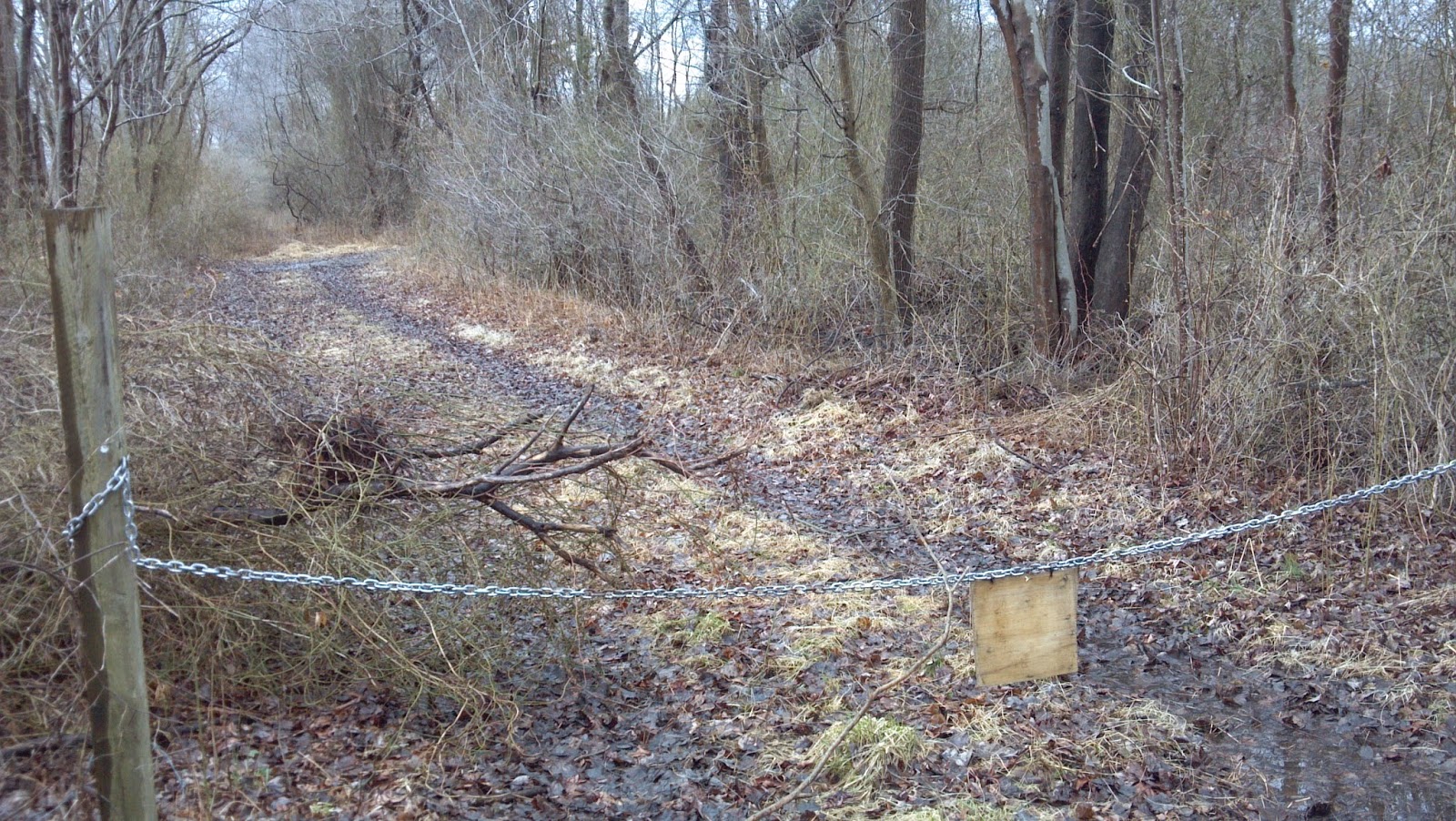 Additional Info for the Purgatory house: