When Debate Turns into Argument 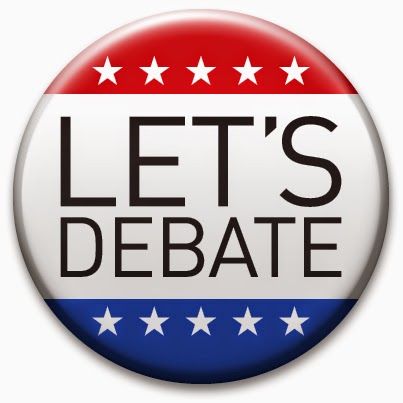 DEBATE:
A discussion, as of a public question in an assembly, involving opposing viewpoints. A formal contest in which the affirmative and negative sides of a proposition are advocated by opposing speakers. 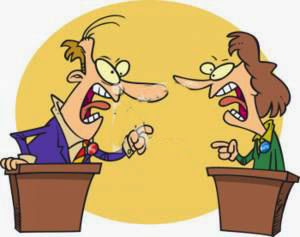 I routinely avoid debating with most people since the art of a debater usually degenerates into an "argument that I must win!" People do not use debates to learn from someone that holds a different opinion, nor to educate themselves and not even to try to convince another of their viewpoint. Many appear to be bored or just like to be a troll and start issues among people different than themselves.

There are some very familiar and consistent occurrences that manifest during the debate as it withers into an argument that is governed more by winning than being correct or fair during. Some participants may be simply uninformed, uneducated, sore losers, attention seekers or blatant liars. Another symptom of a bad debate is that people are more worried about speaking on their topic and refuse to hear the opposing side. How many times did you reasonably listen to another with a different opinion and then did a 180 degree turn once you realized that your information was incorrect or invalid? Debates are multi-sided and all views are valid, so hear them out. Another very
important piece of information to remember during a debate is that there is a huge difference between an opinion and facts. 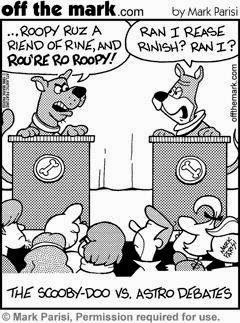 OPINION:
A belief or judgment that rests on grounds insufficient to produce complete certainty. A personal view, attitude, or appraisal. 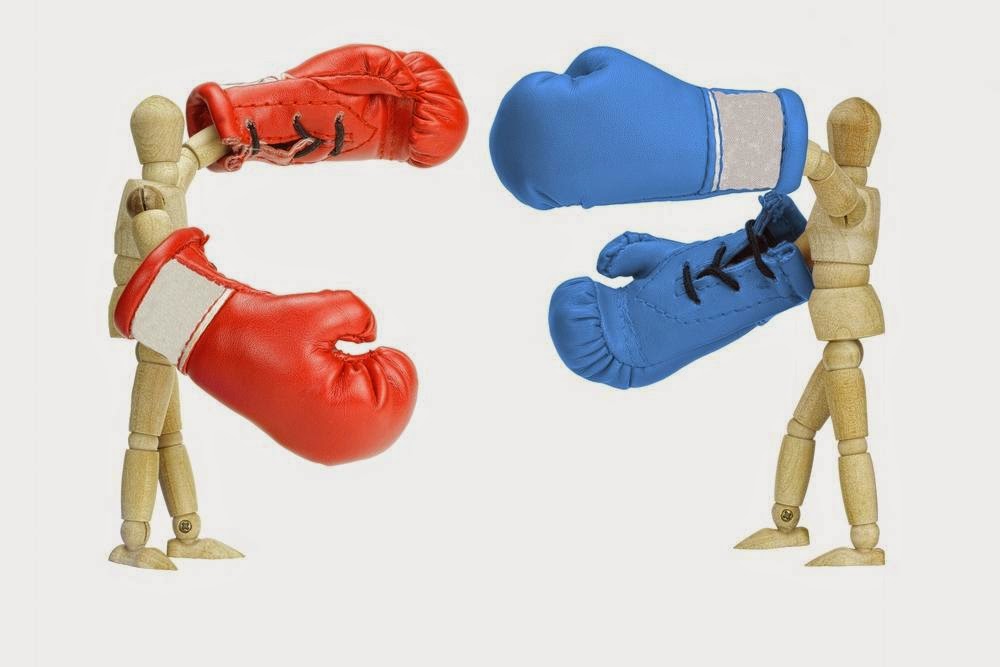 A debate is supposed to be the presentation of your side and injected into a group of others whom do not share your particular point of view, experiences or opinions. A positive debate should find middle ground and never descend into an argument. If dealing with opinions that are so conflicting that middle ground cannot be reached, it would be smarter to just avoid further contact rather than entertain an argument. Some common end result and extinction of debate examples are below. Of course the examples given are not "all across the board", but occur with such frequency that they must be included. As with any large group there are many variations.

When attempting to debate with a Christian (this can include far right, born again or any of the various branches of Christianity):
Although the topic varies, the debate starts and then usually concludes with nothing concrete or logical and finished in an argument with a variation of: " My/The Bible/God says you are going to hell." The leverage here is that the Christian thinks that by instilling fear into an adversary it will scare them back onto their side. Regardless of the topic being discussed it usually boils down to a difference of opinion, lifestyle and personal beliefs. 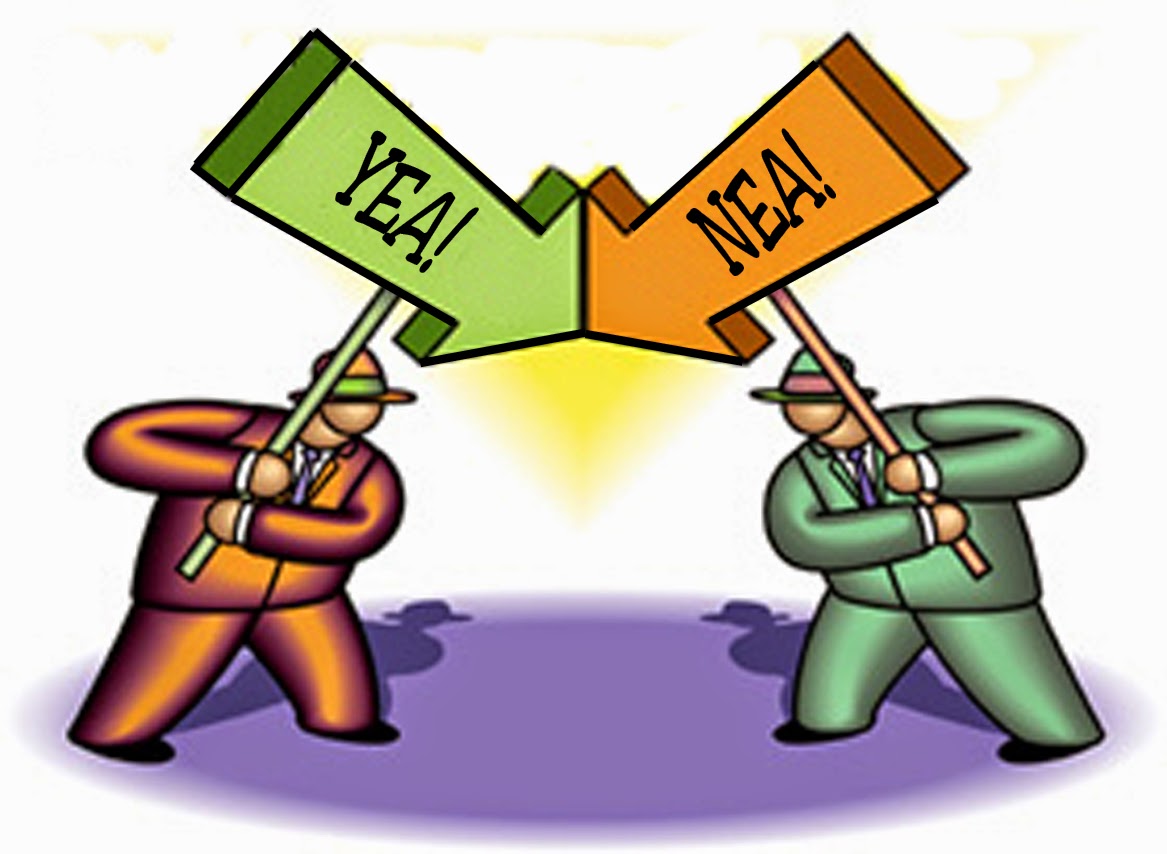 When attempting to debate with a Conservative:
Usually the conservative's adversary is a liberal and they define a conservative's ideals as outdated, racist, sexist and in need of progress. Conservatives usually feel that others should conform to these mentioned ideals which will obviously create conflict among others with opposing viewpoints.In an effort to cling to their traditions, values and way of life, sometimes they forget that others live their lives differently. Usually culminated with the attitude of "Since you do not do as I do and believe as I believe, you are un-American (to a traditional conservative) or un-Christian (to a religious conservative)."

When attempting to debate with a Liberal:
Many self labeled liberals come from well off families who handed them everything on a silver platter and come equipped with an attitude of entitlement. Real world experience is not their strong point and some of their opinions will be based in fantasy, sugar coated or not very realistic. Encountering conflict is not in their experience and they usually do not know how to properly deal with opposing viewpoints or people different than themselves. When a liberal, as described here, senses that they are in the wrong or are losing a topic of debate the conversation will conclude with you being called a Racist and/or a Bigot, homophobe or something not even remotely related to the
conversation. Again the topic does not bear weight and it doesn't even have to make sense or be logical.

When attempting to debate with a Gay:
While pleading for acceptance, all the while flaunting specifically and intentionally what the other person in the debate finds offensive, intentionally pushes buttons to anger those of opposite lifestyles and social beliefs. Demands other to be tolerant of their behavior and choice, but constantly infringes on others beliefs. Usually ending with a variation of "I hope your child/wife gets raped." "I will scratch your eyes out bitch." or "I could slice my wrists, bleed on you and give you A.I.D.S." All the while playing on the fears of those that sit opposite of them.

When attempting to debate with The Average Entitled American:
Some how Adolf Hitler will get brought up or ignorant name calling will ensue.

Of course this list could go on forever along with including all the various stereotypes and groups that you can think of, but you get the point.

(Chris Chaos is a long time resident of South Jersey who once again resides in and writes from Gloucester City, New Jersey. He is a filmmaker, a business owner, writer, urban explorer and investigator of the odd and weird, a proud parent, happily taken and a connoisseur of hot wings. Chris can be reached at AxisVideo@aol.com)
Posted by Chris Chaos at 8:59 AM