Many opportunities can present themselves and it can be quite difficult to sift through them all and determine what is worth devoting your time to. This situation occurred to us back in 2008 when we were approached by a well known cable television channel to produce a "ghost hunting" themed show based on the work that we were doing with our Jersey Devil documentary and our plans to film a documentary and write a book series that eventually became known as "CURSED: An Explanation of the Unknown". An actress that we used in one of our shorts connected us to the producers and we were highly appreciative.  Being approached by the producers of the channel was mighty interesting to us and this was also prior to the fad of all the current “ghost hunting” television programs. They wanted to follow us around as we conducted office and field investigations in the search for the Jersey Devil and also the various abandoned and supposed haunted locations that we were investigating at the time.

In initial meetings this project seemed promising until they starting dictating terms that would end up being misleading and false for the viewers. We wished to conduct legit investigations, research and provide the evidence backed by science that we collected, but they stated that if nothing was found that we would have to embellish it with "exciting“ insertions of E.V.P.s, orbs, sounds and other encounters that may have not occurred. using logic we countered back that there is no scientific based concerning orbs or E.V.P's and they have been disproven many times over. They countered with "It doesn't really matter, we wish to entertain the audience, not educate them." We rebelled and stated our points again on how we wished to conduct legit investigations and provide the results without embellishments. The producers restated their terms and said "Take it or leave it.“ They wanted me to sign a waiver that included following their script and give them permission to take creative liberties in the editing process to use as they see fit. I didn't want to go through all that we did and would just to have our findings distorted and manipulated.

The pay per episode with the addition of riders and perks were very enticing, but compromising and allowing the producers to manipulate the information would just defeat the whole purpose of the documentary that we have been working on for many years. For the most part each episode was almost as scripted out as a sitcom or a movie. There were certain points that we had to make and we had to find something "haunting" or "positive evidence" in each show, if not, it would be added in later. 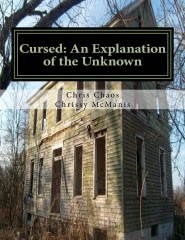 We had one last meeting hoping that we could have our terms reconsidered and we could do a straight up investigative show without anything fake or misleading being inserted into the program. The producers wouldn't budge and stated that the clause would still be in effect that things might be added to spice the show up at their discretion. So we declined and moved onto the next project.

So here we are heading into 2015 with an awesome track record and much information for our Jersey Devil documentary called "THE SEARCH FOR THE JERSEY DEVIL" (along with 2 books on the subject) and the CURSED series which will contain 3 books. 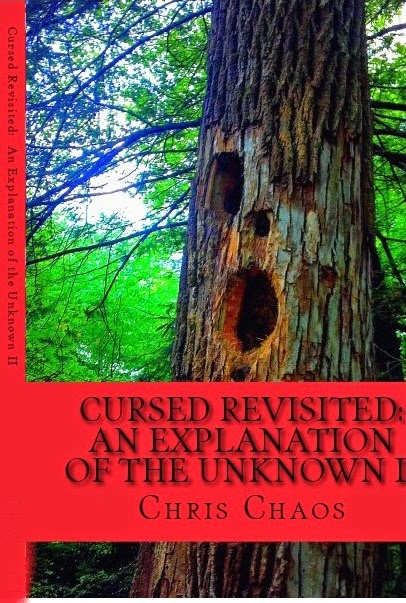 
(Chris Chaos is a long time resident of South Jersey who once again resides in and writes from Gloucester City, New Jersey.  He is a filmmaker, a business owner, writer, urban explorer and investigator of the odd and weird, a proud parent, happily taken and a connoisseur of hot wings. Chris can be reached at AxisVideo@aol.com)