It was a nice cool, windy day and after servicing a client we decided to go on a drive to find the abandoned Brooksbrae Brick Factory location. The trip was unplanned so we uncharacteristically headed out unprepared. Normally we come equipped with ample food, drinks, battery power, digital and video camera to properly document our findings. Not to mention usually we properly and extensively research a location so that we can understand it before our arrival. From where we were our way point was 9.8 miles away (Mount Misery). We have been at the MT Misery locations a few times but that was a few years ago, so we decided to go back.

While venturing down Four Mile Road we saw several flashing lights and determined as we approached that they were police and they have the road blocked off. Several cars were pulled off to the side of the road and we assumed either an accident, a tree fell or possible a Pine Barrens fire. 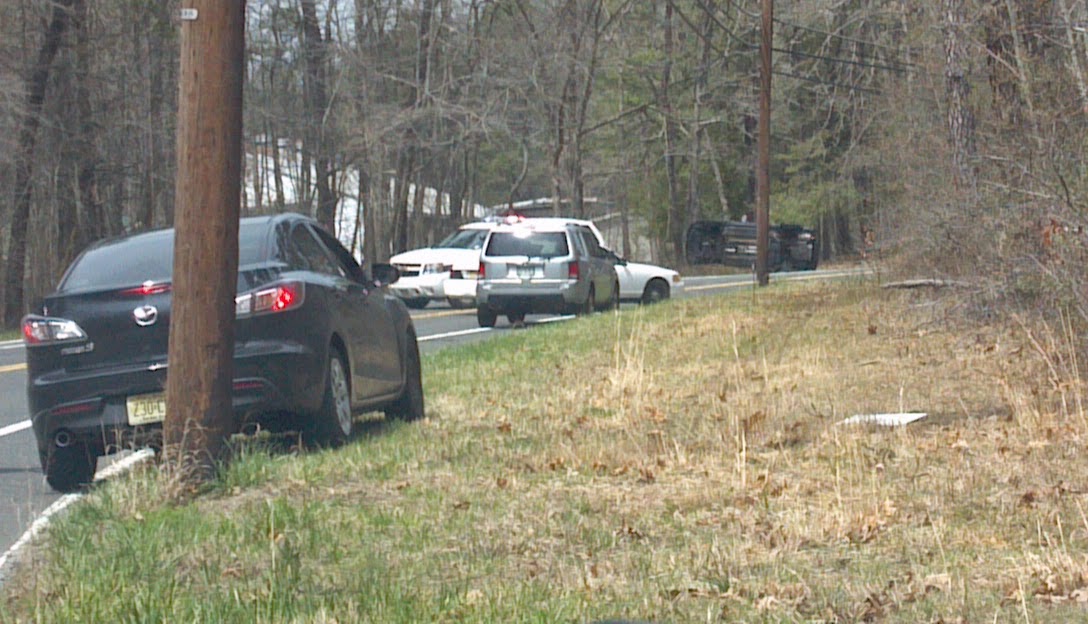 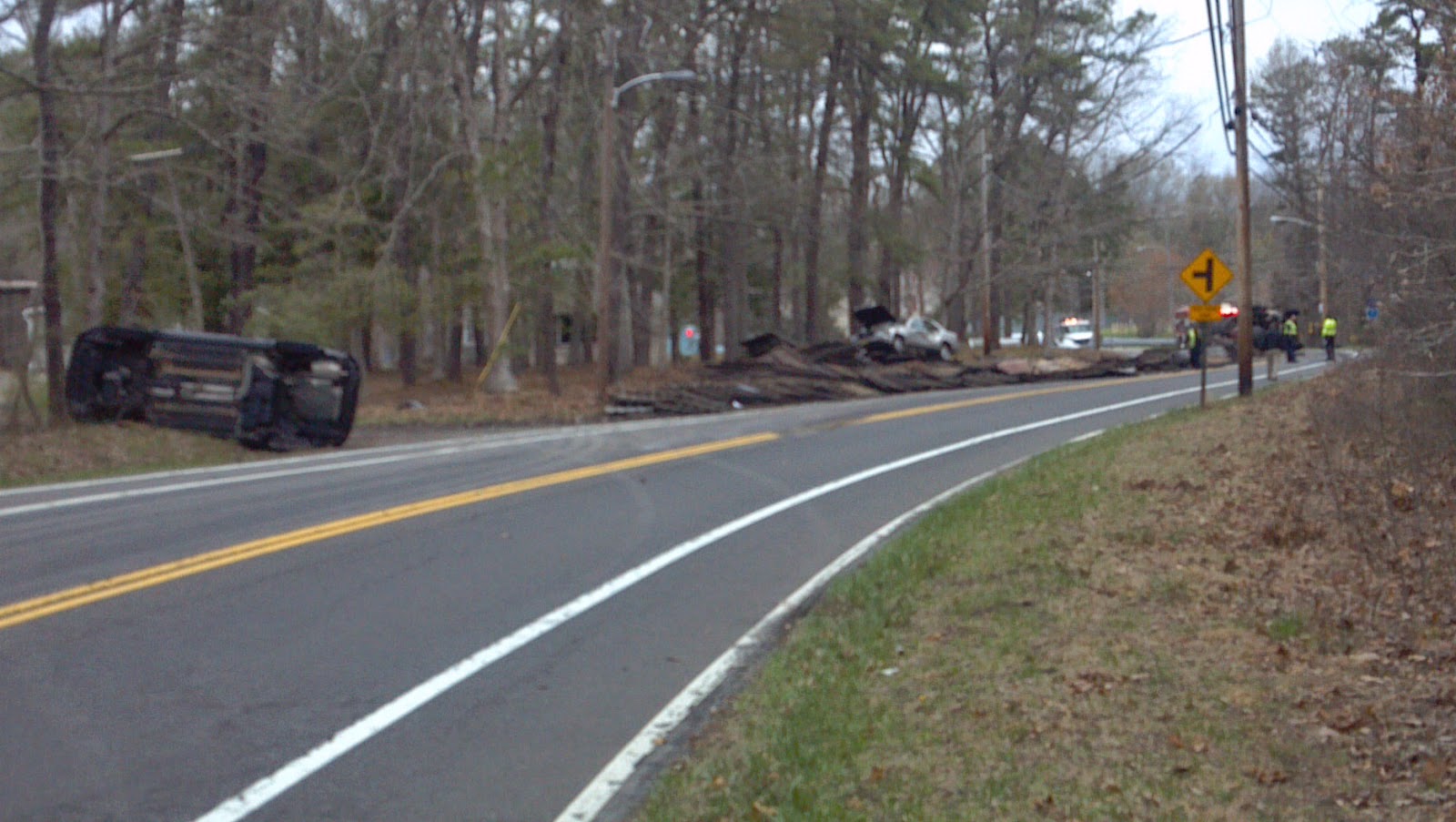 Apparently a truck carrying what looked like pallets flipped over and a car plowed into them landing on top..also somehow there was an additional truck that was flipped on the side of the road. The police requested that pictures not be taken anymore due to the fact it was a possible crime scene. 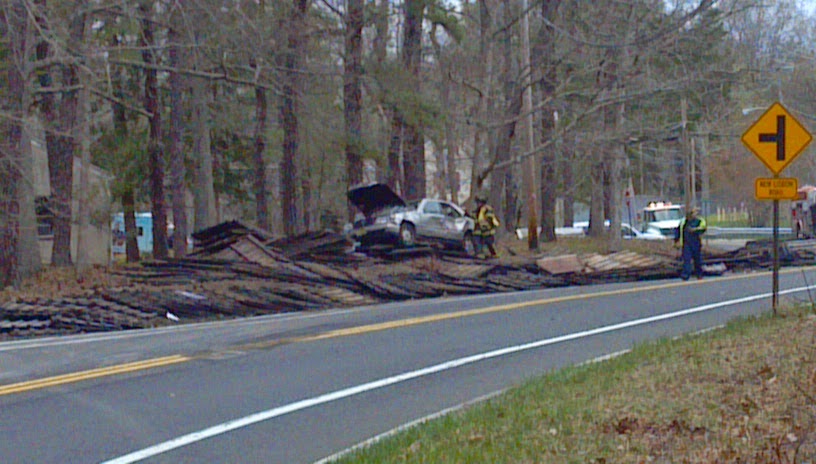 Possible crime scene? Drunk driver, intentional, illegals, stolen car? We have no idea, the guy from the car on top of the pile was wandering around aimlessly in a daze, I guess we will have to see the story on the news.

(UPDATE:  NEWS ARTICLE ON THE ACCIDENT) 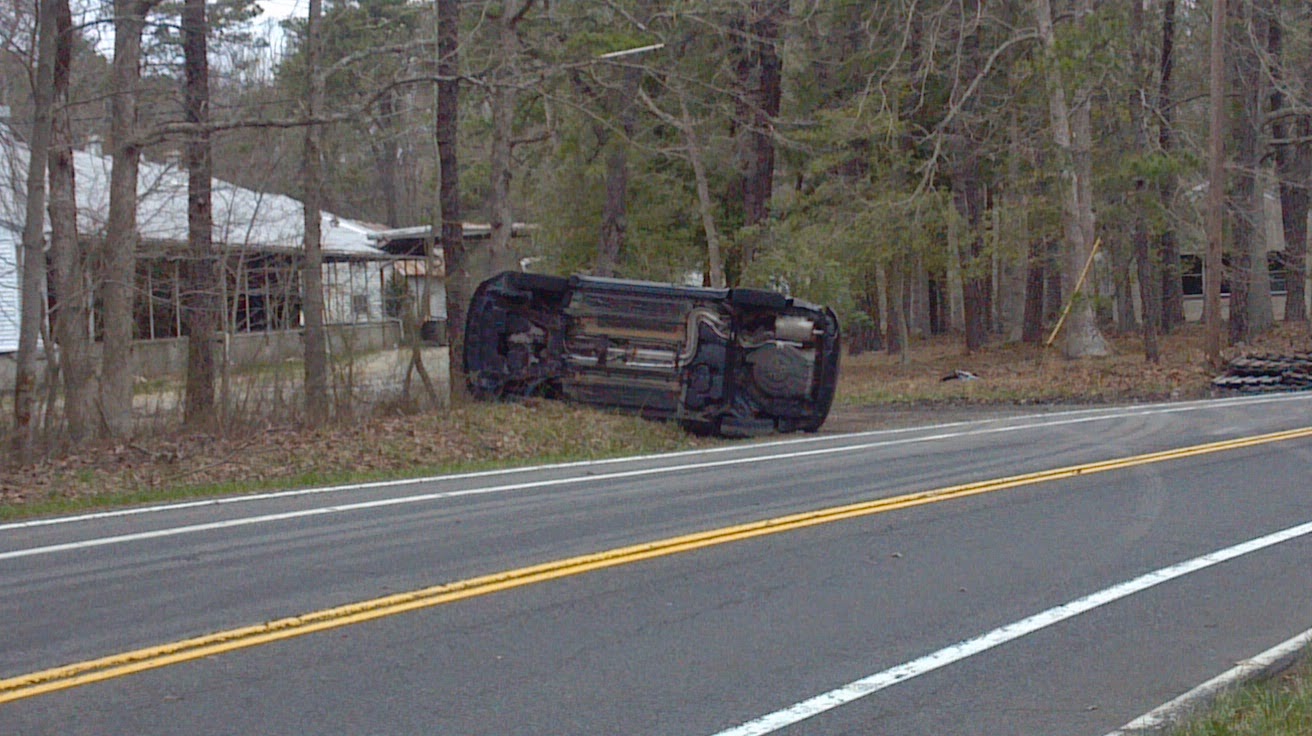 So we turned around and programmed our GPS for an alternative route to where we were going. (Note: we were actually .35 miles from the location, but the re-route from the police blockade took us 9 miles out of our way due to the fact that there is a lake and the Pine Barrens in the way) 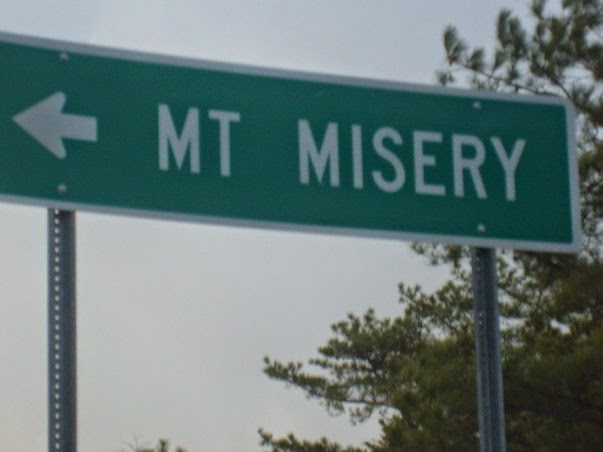 We finally make it to Mount Misery and carefully pull up into the road due to the fact there are big potholes and cracks in it. Stopping to take a few photos, we notice that MANY more "No Trespassing" signs have been posted ALL over the property and there were several cars over by the main building. 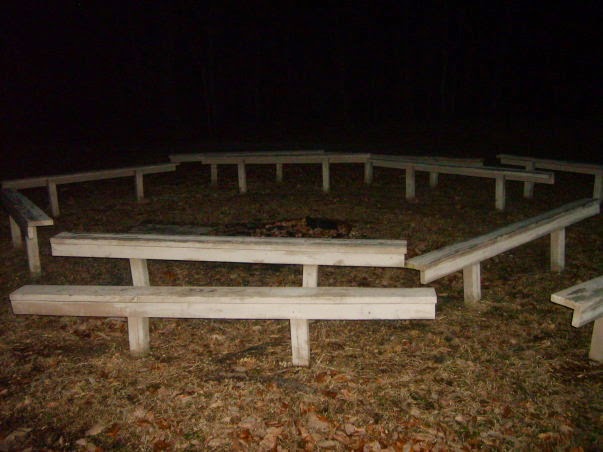 We wanted to get over to where the altar was with "stadium" seating and get a few good pics, but due to the rise in police ticketing and prosecuting "trespassers"...we passed...so here are a few older pics we took a few years ago of the same location at night. 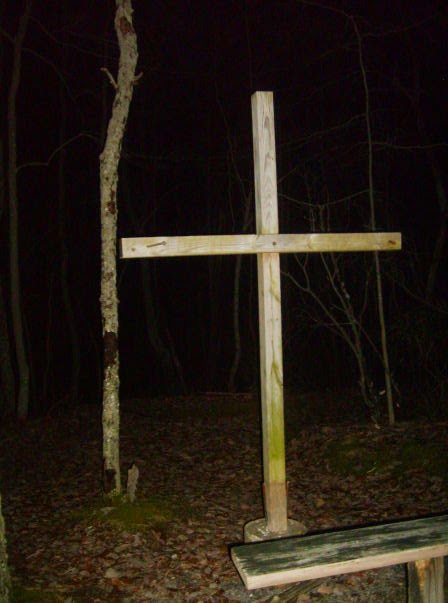 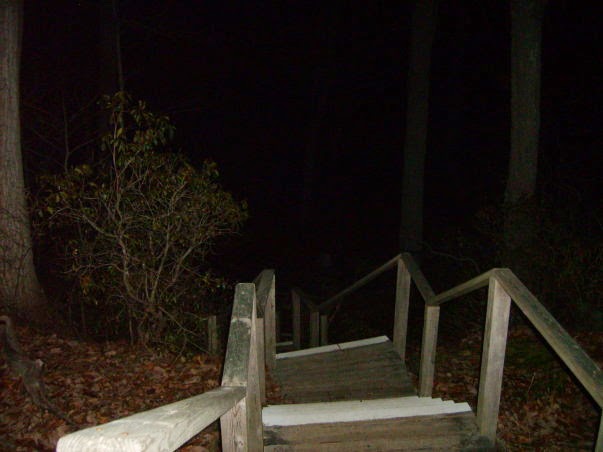 Also the first time that we came here back in 2011 we caught an anomaly on camera that we have attempted to come up with a logical reason and explanation. In the below photo (on left) there is some sort of odd mist that appears. To the naked eye we did not see this, no one was smoking, it was not cold out (so rule out exhaling breath) and no exhaust from a car caused this. We did not notice this mist until we returned home to examine the photos. The photo on the right was from the other day (April 23rd, 2015) that we took when we returned to this location and of the same gate. 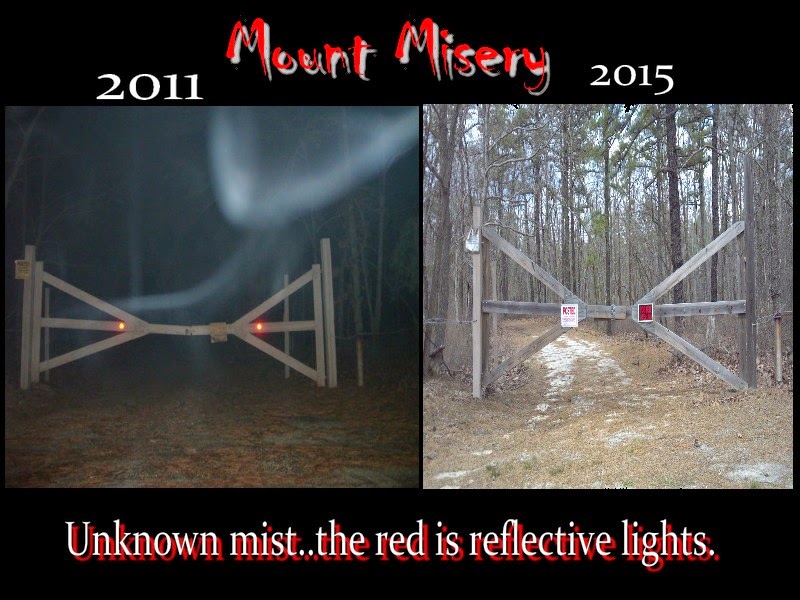 So after walking around MT Misery for awhile we were trying to figure out what to do next and we finally came across the idea of visiting the abandoned Brooksbrae Brick Factory. So we pulled up a few websites in an effort to determine its location in relation to where we were. 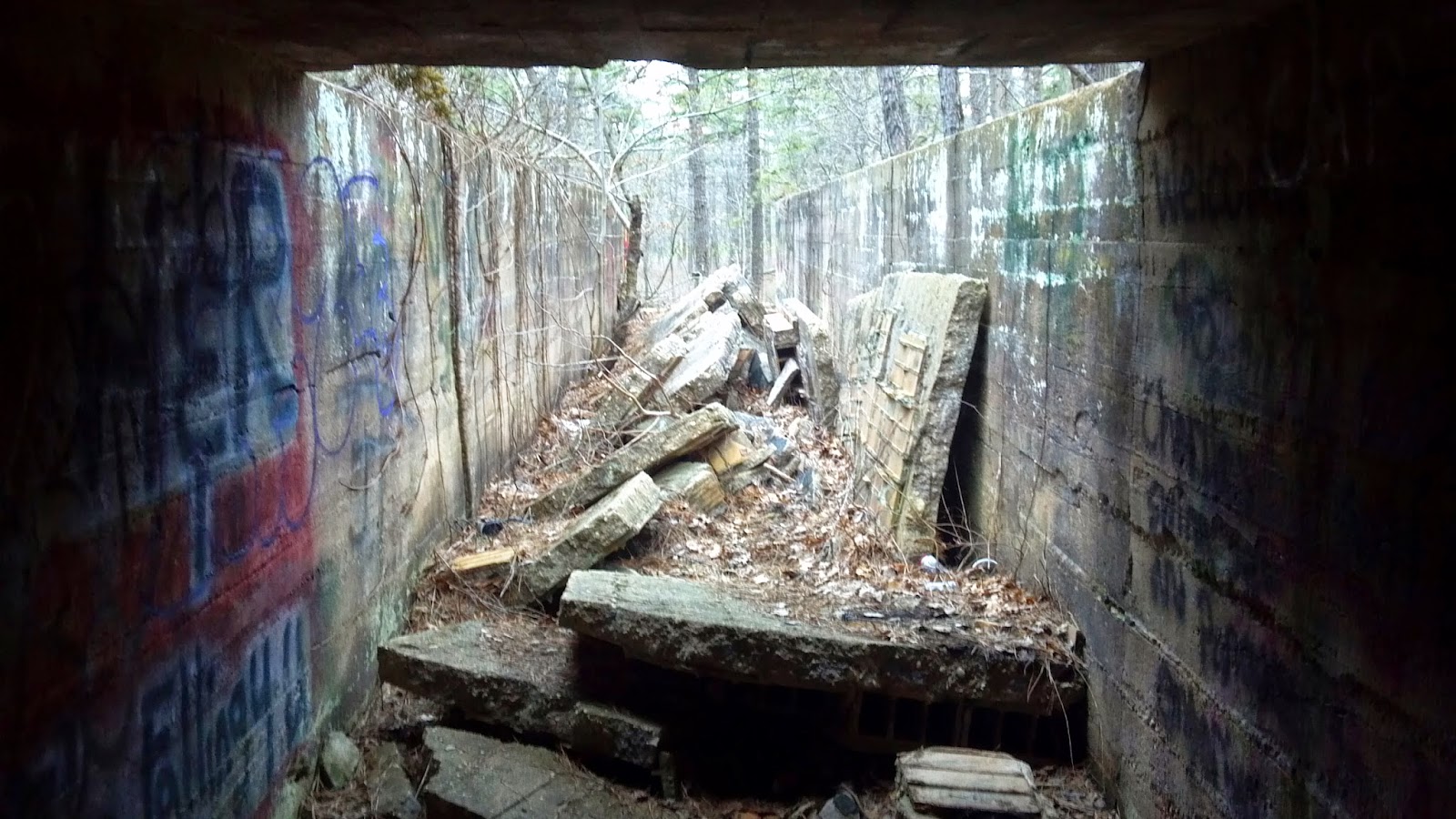 The location seemed easy enough and we travel for a living, so lets do this! Problem is..the crossroads intersected with Pasadena road also crossed over 3 separate roads with the title of Mount Misery in the name (which we found out later). So we found the 2 crossroads (which was the wrong one) and located what we thought was the entrance that was spoken about on various websites, but we needed a safe location to park the car, so we parked it and journeyed down the railroad tracks for about .7 miles. 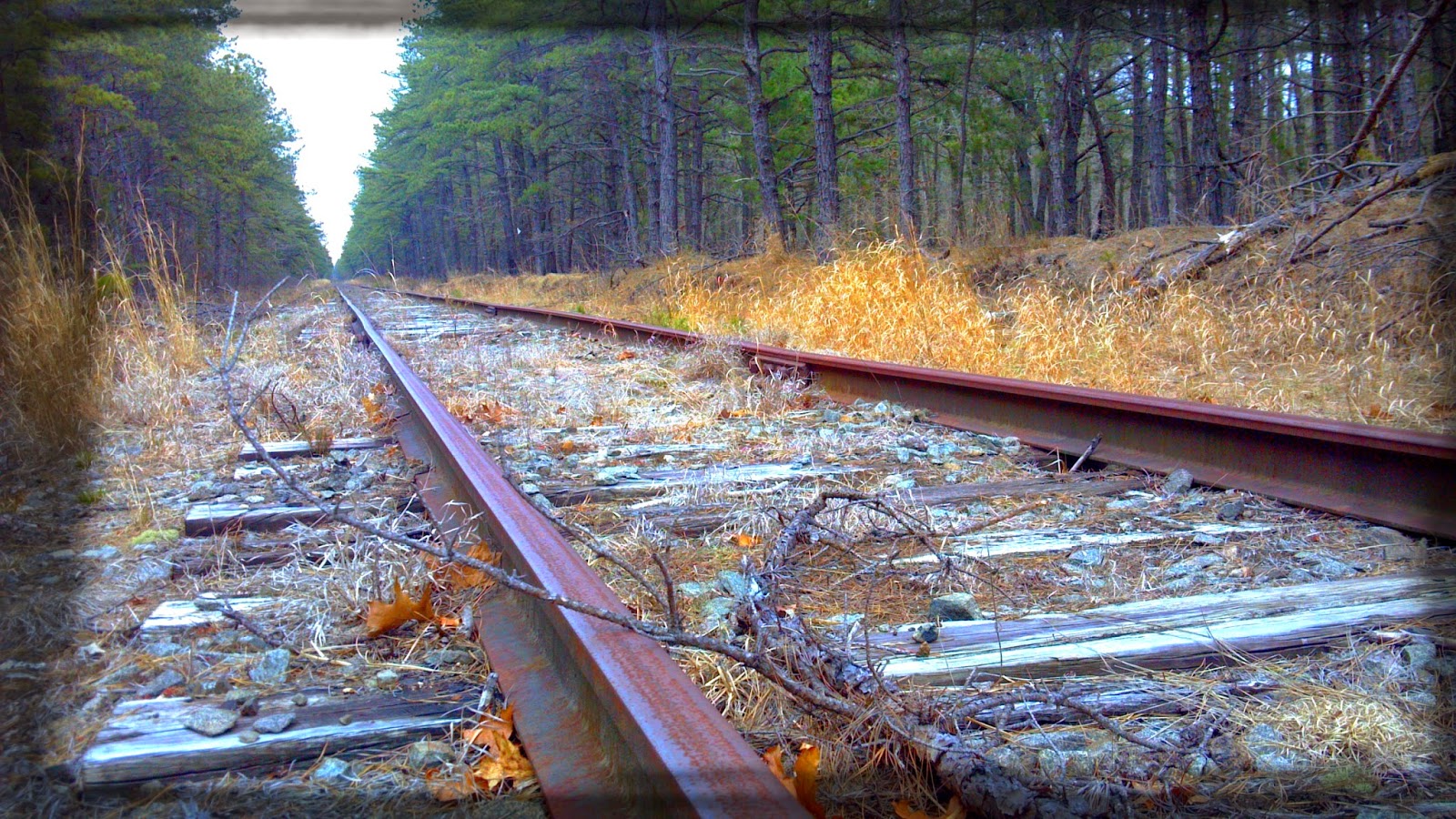 Looking for the paths mentioned on the website we were driven crazy, there should have been a path on the right of the tracks that continued onto the left, but we could not find it. So we randomly ventured down several "paths" in the hopes that we could find the ruins of the abandoned factory. The batteries in our camera phones died so we could not take anymore pictures. Interestingly enough, most of the forest we have been venturing on for the last 3 hours was deemed private property, but we thought we were near the factory. 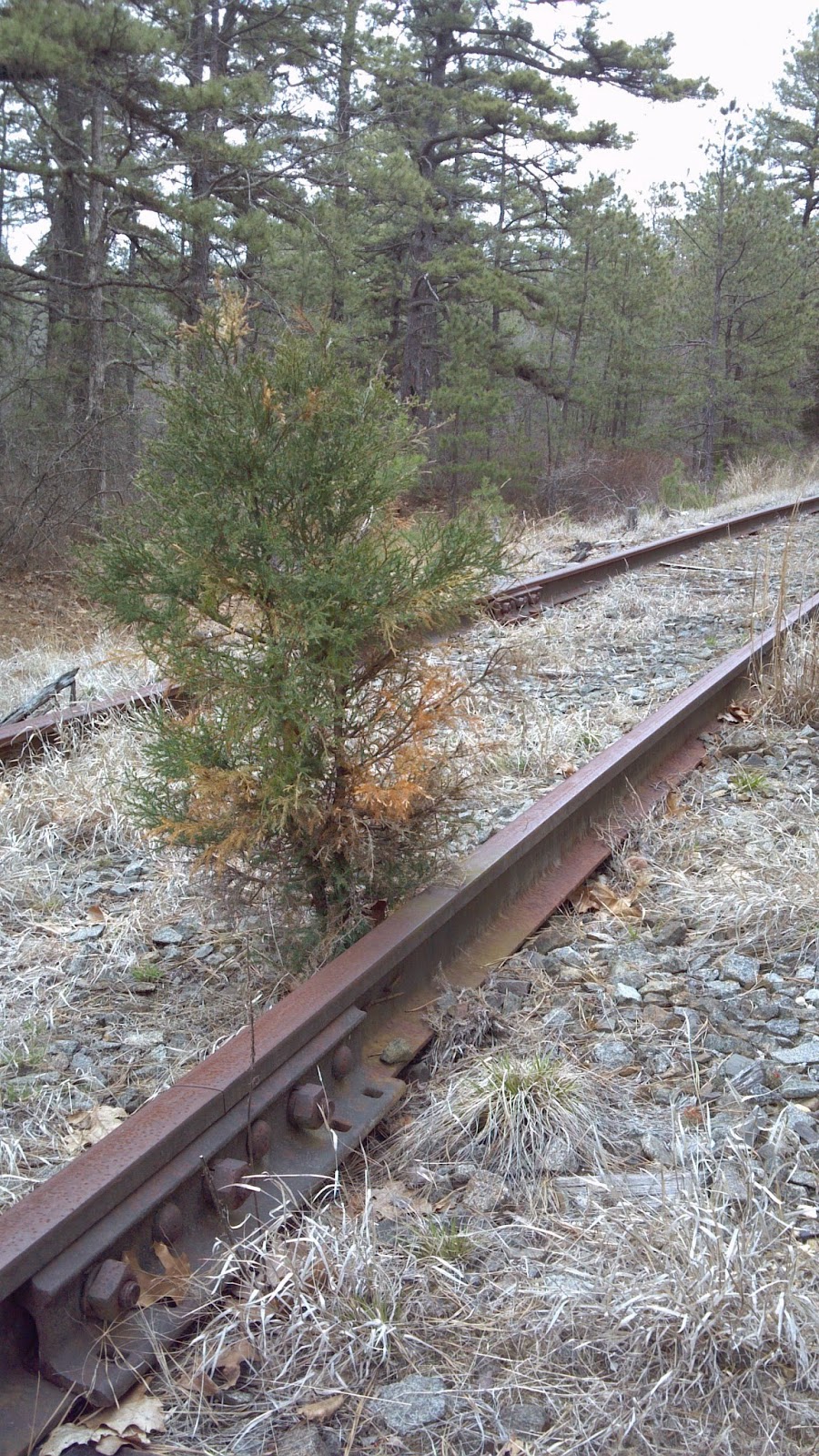 Along the way we found some interesting things that made our fruitless venture worthy, above was my tree buddy that from a distance looked like a person or Bigfoot and the rest are below. 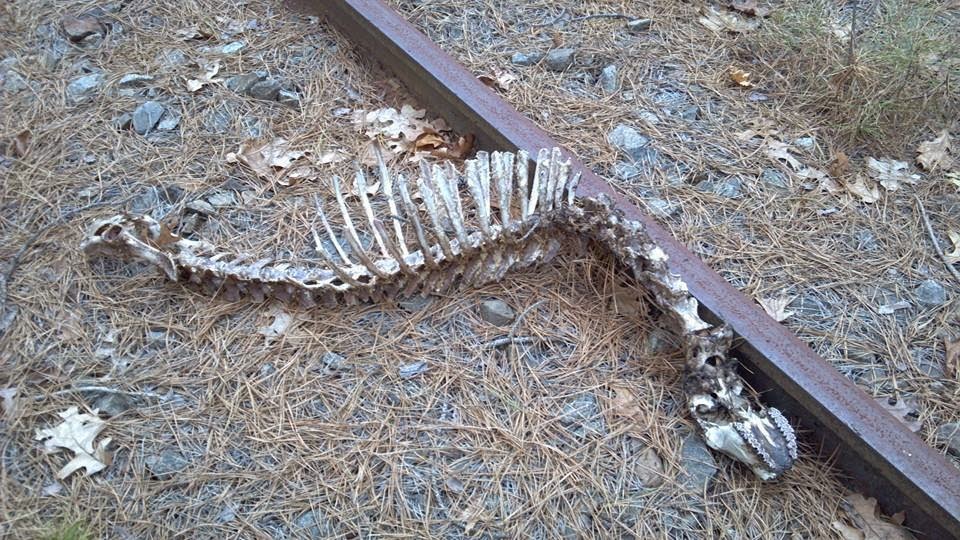 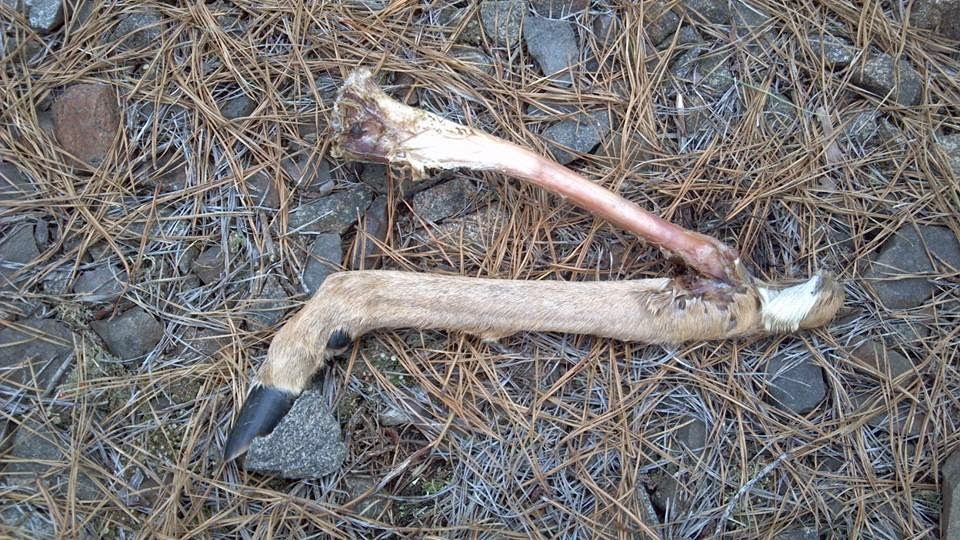 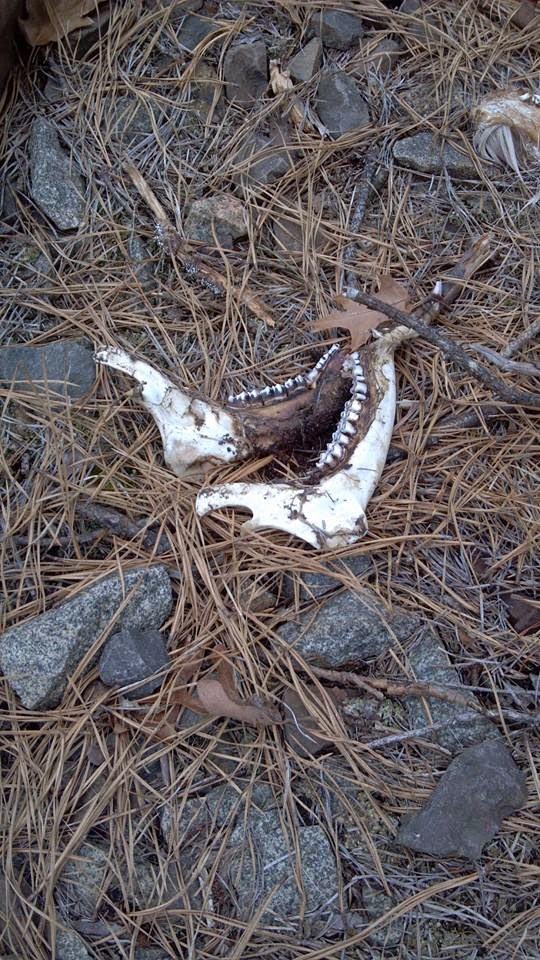 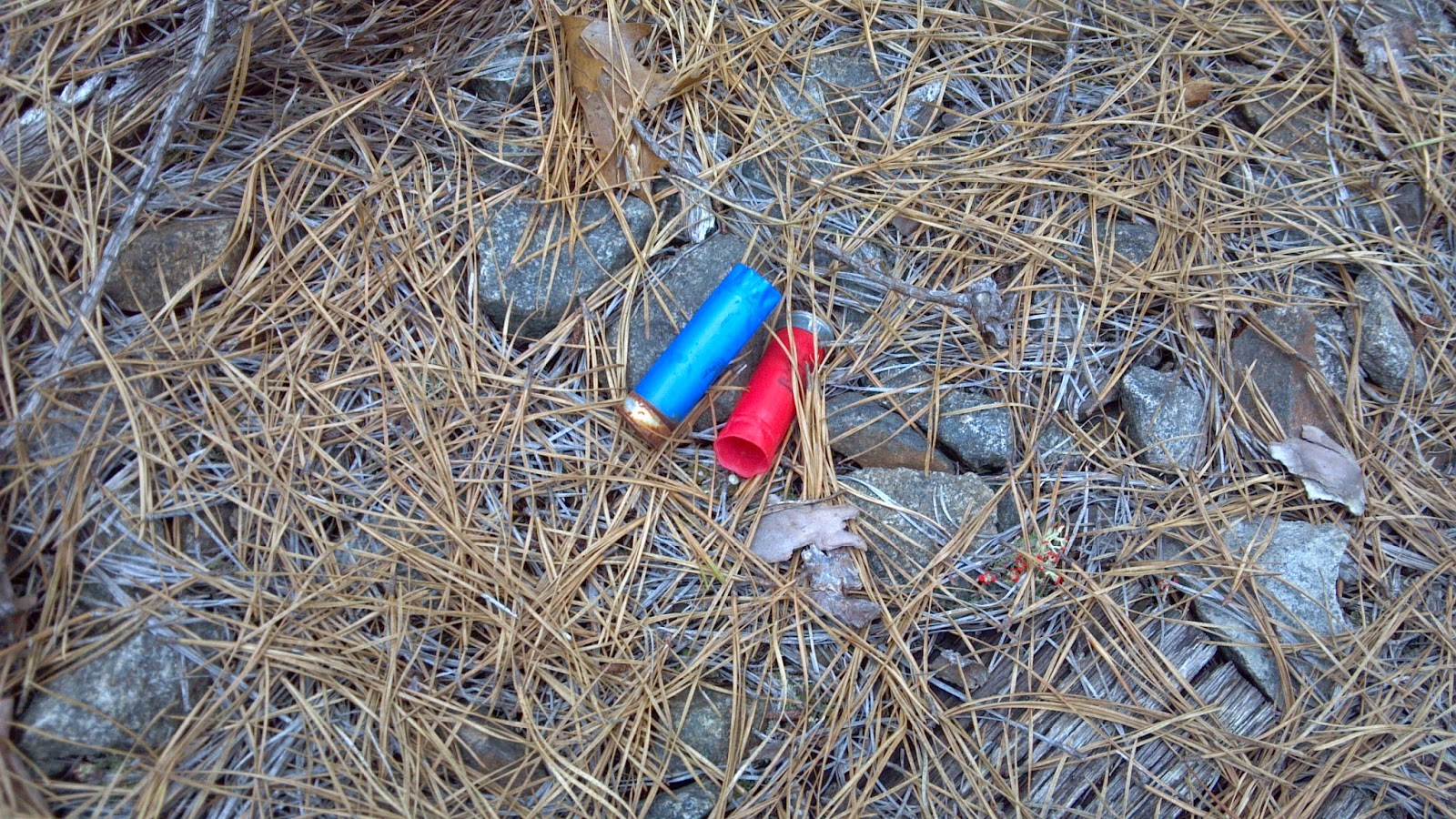 So after walking down several dead end paths we decided to call it a day and return to the car. While recharging our batteries we did a google map search (thru phones and GPS) and figured out that we might have been in the wrong location, so we decided to drove down another mile and test our luck. Things started to make sense and through the trees we saw the structures!!!! 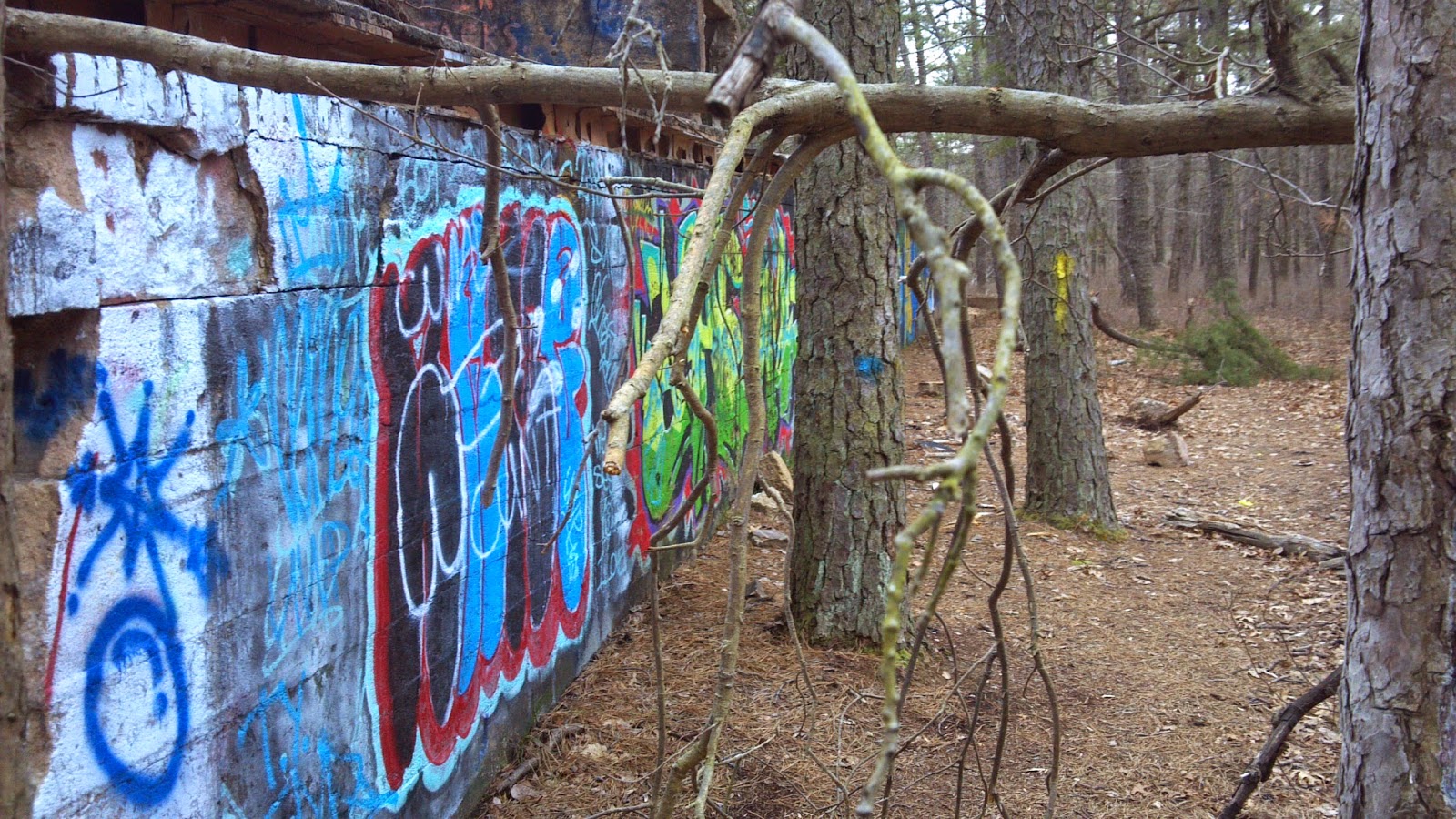 Pulling over we saw tell tale signs that we were  on the right track. On the road in front of the factory this is there: 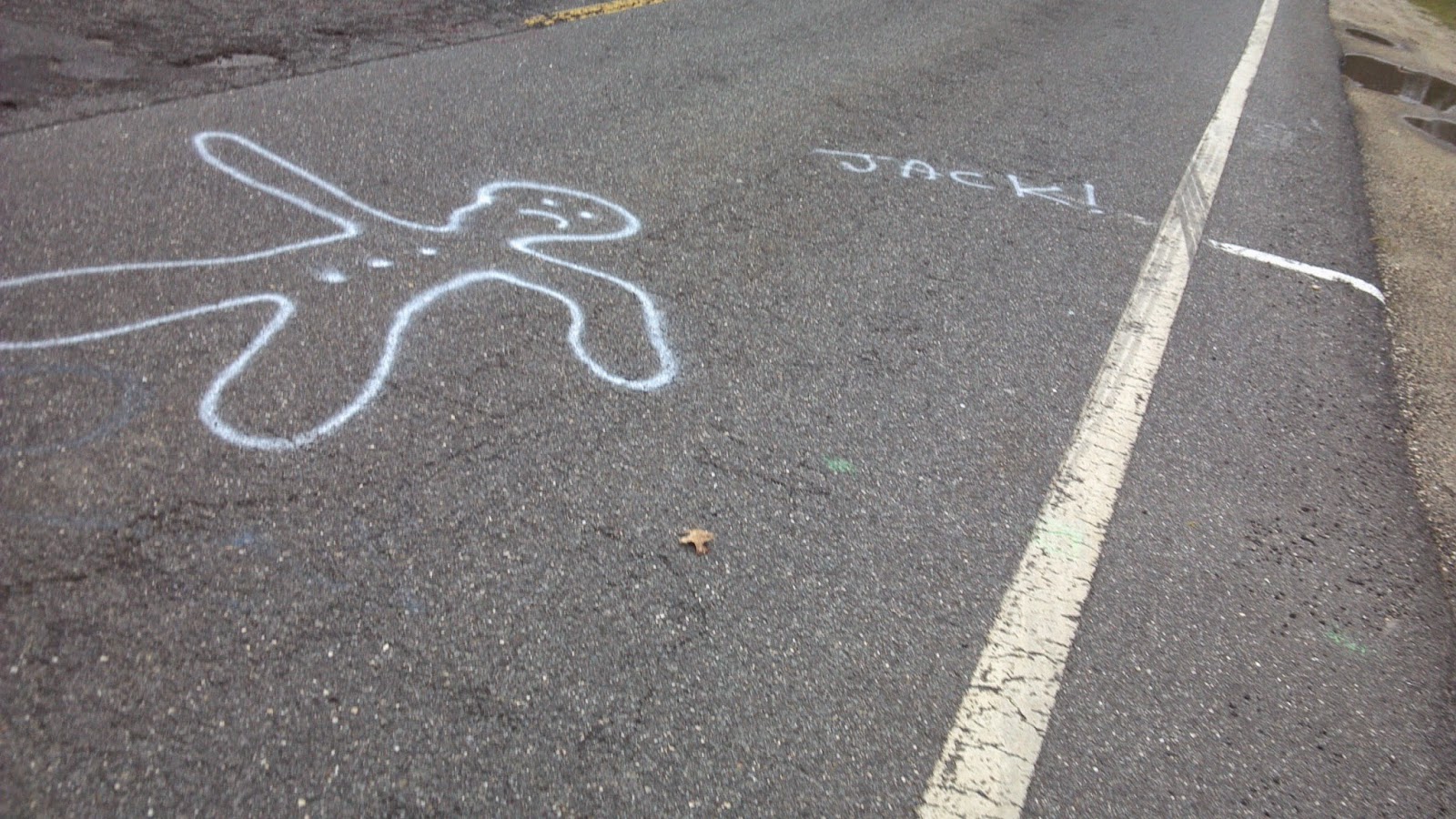 and this also marks the location: 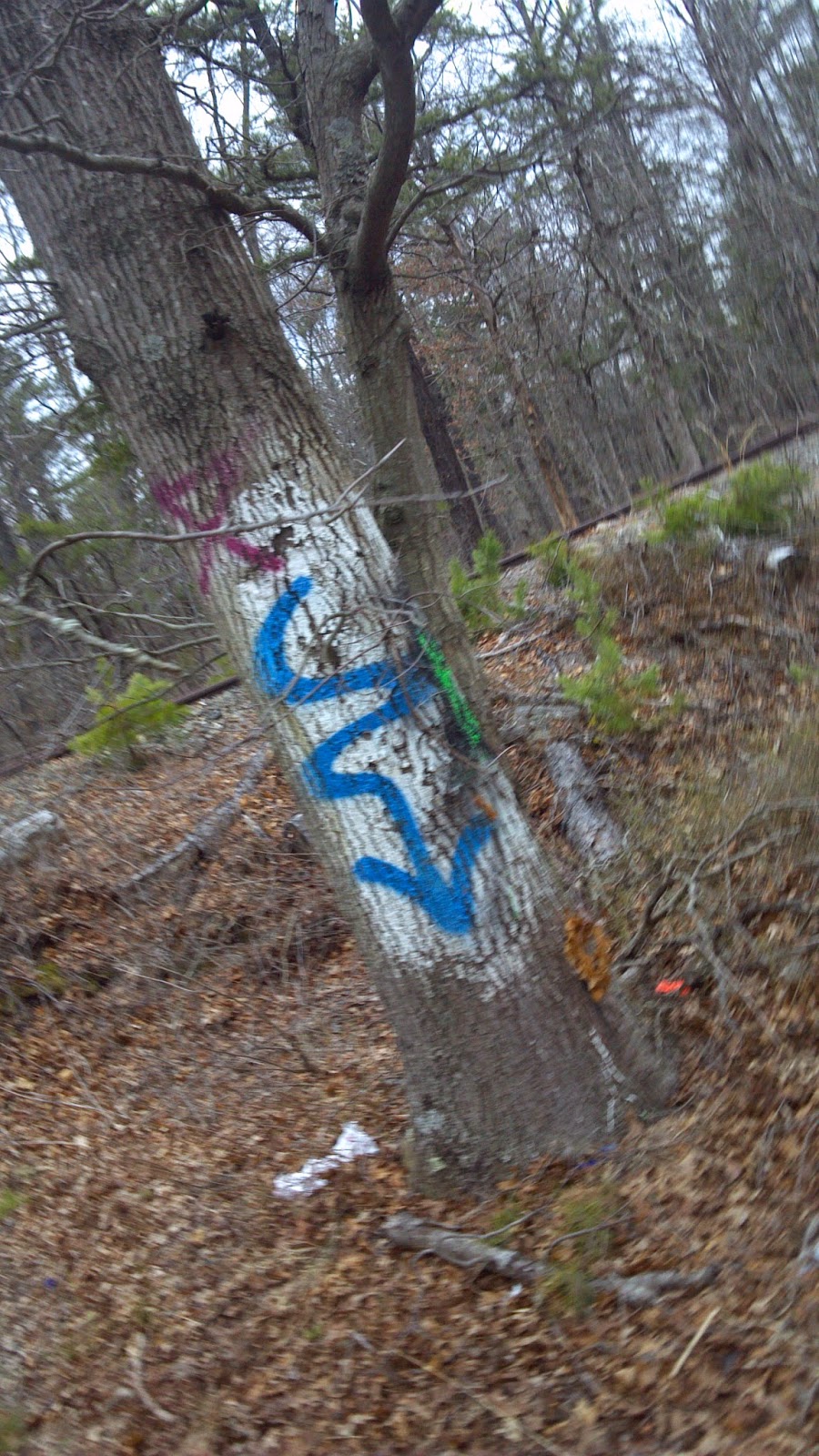 Walking up to the entrance we saw people on the property and could smell wood burning. As we approached we could see 3 males starting a campfire and were hoping that we could get a few good pictures of the location. We talked to the guys and they were from Delaware and drove up here to New Jersey to check out this location. They were in bands and owned a label. 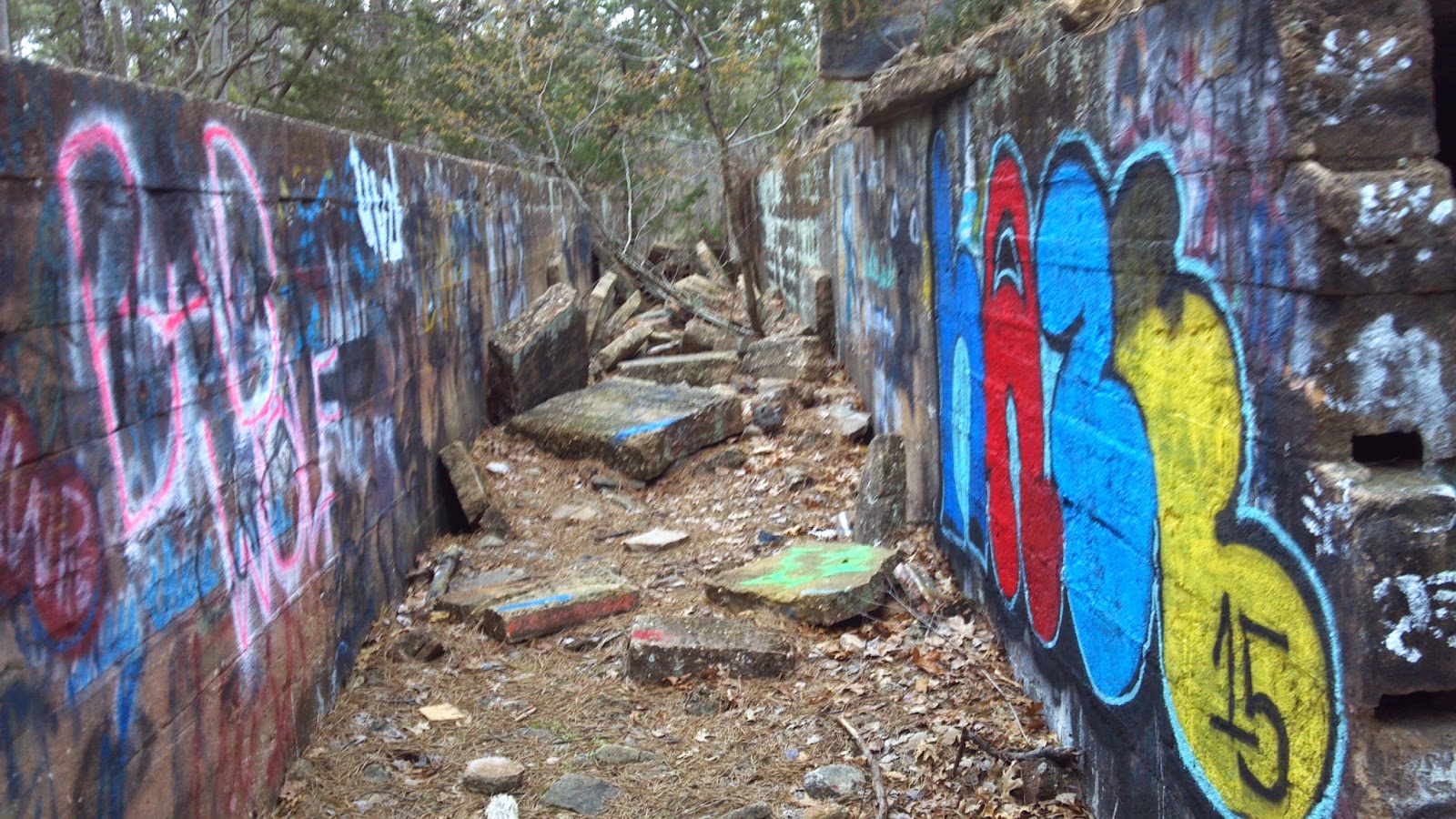 We took a few pictures until our phones died once again, at that point we hatched plans to return at a later date better prepared. Updates will be posted once we return. 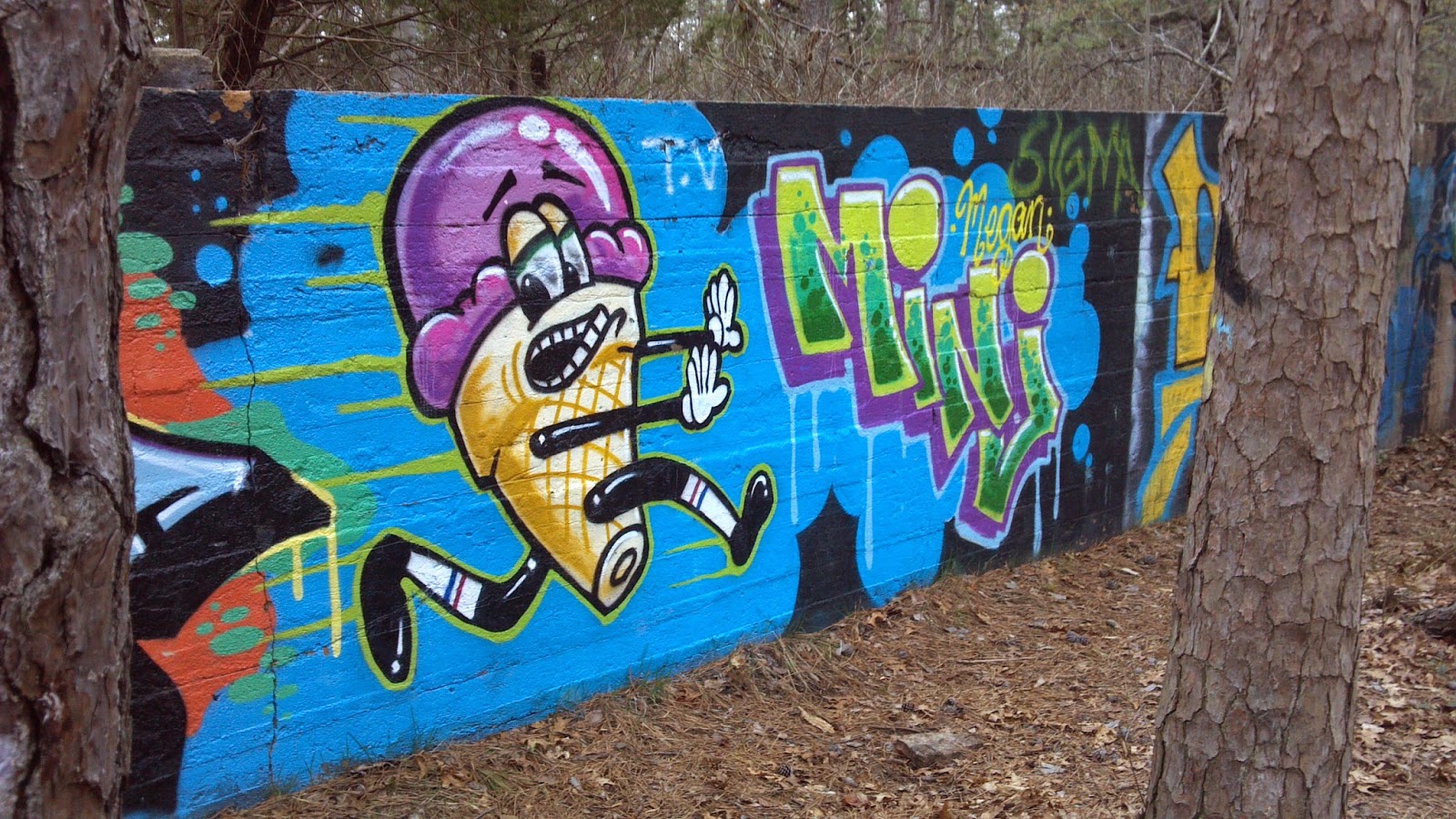 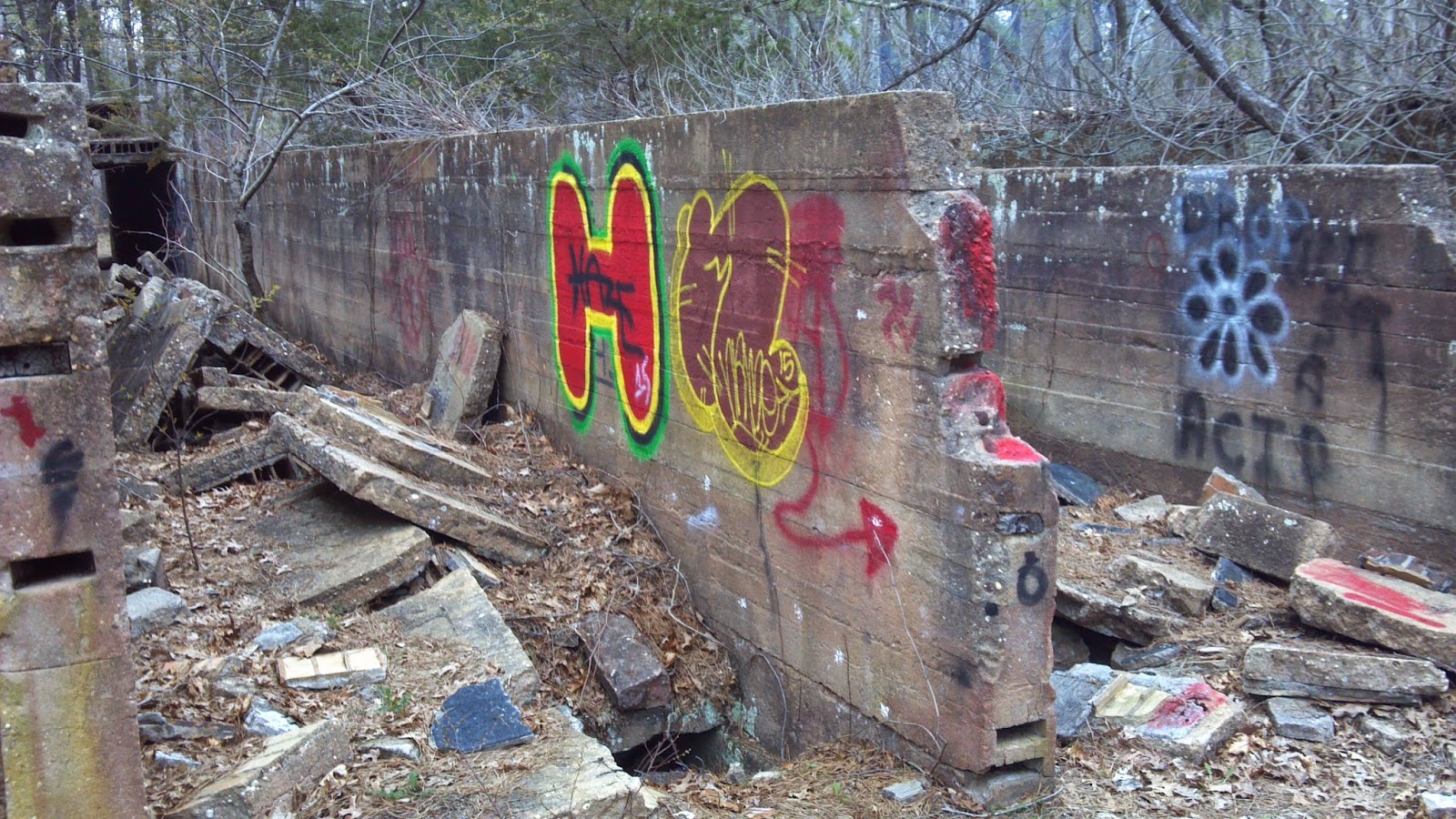 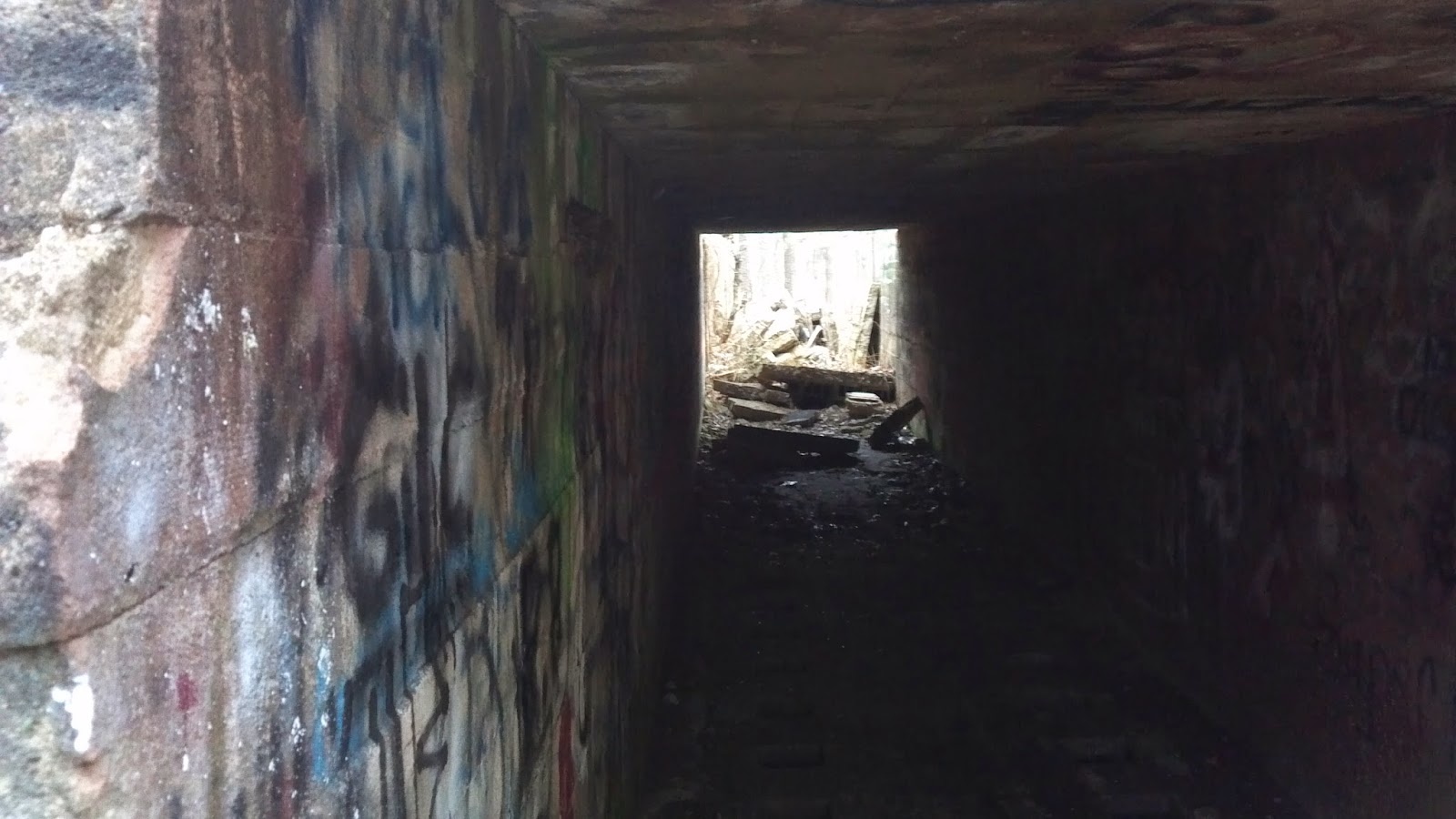 And now for a little urban legend:

"Reports of a supposed murder and suicide at Pasadena, between Chatsworth and Whitings, were brought back last week by deer-hunters who were locating stands for the opening of the season today. The tragedy occurred on Thursday at Brooks Brae brick manufacturing plant at Pasadena, in Ocean county, a short distance over the Burlington county line. The supposed murderer and suicide was Gildo Plazziano, a watchman at the brick plant, and his victim was Harriet, the 12-year-old daughter of Samuel Chattin, living nearby. Nothing was known of the crime until a small shack in which Plazziano lived was discovered to be on fire. The girl's father and brother hastened to the scene and were in time to see the bodies of the man and the girl lying on a cot in the bedroom, but on account of the heat they were unable to rescue them from the flames and they were so badly charred when recovered that it was impossible to determine the cause of death. The supposition is that the man had attacked the child and then, realizing the enormity of his crime, had killed her, set fire to the shack and then committed suicide. Plazziano was indicted three years ago for selling liquor without a license in the building in which the tragedy occurred."

You can find more history concerning the above mentioned locations by conducting a Google search.

(Chris Chaos is a long time resident of South Jersey who once again resides in and writes from Gloucester City, New Jersey. He is a filmmaker, a business owner, writer, urban explorer and investigator of the odd and weird, a proud parent, happily taken and a connoisseur of hot wings. Chris can be reached at AxisVideo@aol.com)
Posted by Chris Chaos at 3:42 PM