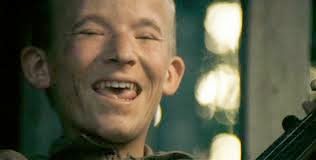 Billy Redden was the young "inbred" actor that played Lonnie, the banjo in the film Deliverance. Billy was born in 1956 in Georgia and was only 15 years old when he acted in the film. The scene that Billy played in was a memorable moment in the film when he played the song Dueling Banjos with the  actor Ronny Cox. 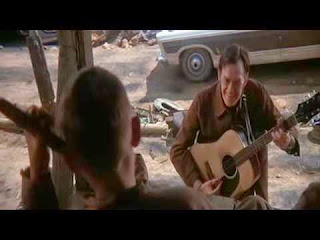 Redden himself does not suffer from an sort of mental or physical deformity/deficiency as depicted in the film (and the book that the film was based on), although he does have a unique look that was enhanced by make up. Mike Addis, a musician local to the filming location was the one that actually played the banjo, Billy Redden did not. 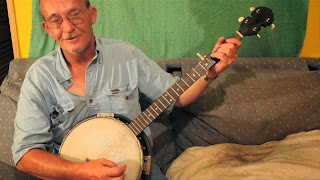 The scene made an impact on all the viewers and many people when entering into small towns or a wooded area they mock the banjo scene. 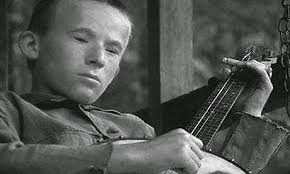 Of Billy Redden, Jon Voight stated, "he was a boy who had a genetic imbalance – a product of his mother and his brother, I think. He was quite amazing, a very talkative fellow."

Tim Burton was intent on getting Billy Redden to play the part of a welcomer that plays the banjo for his film Big Fish. Tim Burton tracked Redden down in Georgia where he was a part owner of a cafe. 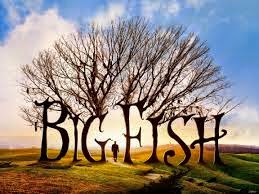 He was type cast in many appearances that capitalized on his defining role in Deliverance. Here is his IMDB page:
http://www.imdb.com/name/nm0714681/

"I’d like to have all the money I thought I’d make from this movie. I wouldn't be working at Walmart right now. 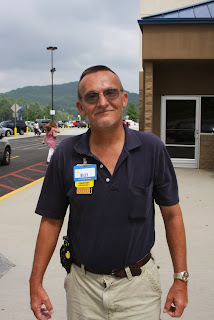 And I’m struggling really hard to make ends meet."  Billy said Noting some locals objected to the stereotypes in the movie, Redden said that the people in Rabun County were good people:
"We’re not a bad people up here, we’re a loving people. Rabun County is a pretty good town. It’s peaceful, not a lot of crime going on, just a real peaceful town. Everybody pretty much gets along with everybody." 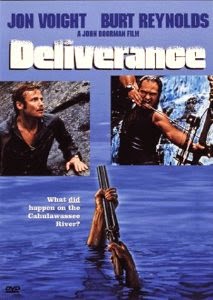 Deliverance is a movie that most from the generation have seen and still reference to this day. One of the other most famous lines from the film is referring to a pretty mouth:

and this quote has been sampled in a few songs:

and then the infamous squeal like a pig scene:
https://www.youtube.com/watch?v=0qz4L1O84_I

(Chris Chaos is a long time resident of South Jersey who once again resides in and writes from Gloucester City, New Jersey. He is a filmmaker, a business owner, writer, urban explorer and investigator of the odd and weird, a proud parent, happily taken and a connoisseur of hot wings. Chris can be reached at AxisVideo@aol.com)
Posted by Chris Chaos at 10:37 AM