IDIOCRACY, The Big Bang Theory and the Dumbing Down of America 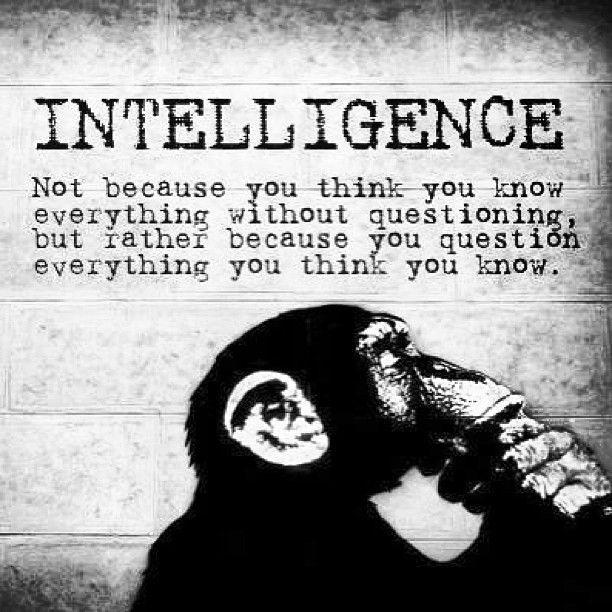 IDIOCRACY:
The film Idiocracy (2006) is a great commentary on the steady decline of the modern mind and society, I actually (humorously) consider this flick a social documentary. It opens with:

"As the twenty-first century began, human evolution was at a turning point. Natural selection, the process by which the strongest, the smartest, the fastest reproduced in greater numbers than the rest, a process which had once favored the noblest traits of man, now began to favor different traits.

Most science fiction of the day predicted a future that was more civilized and more intelligent. But as time went on, things seemed to be heading in the opposite direction — a dumbing down. How did this happen? Evolution does not necessarily reward intelligence. With no natural predators to thin the herd, it began to simply reward those who reproduced the most and left the intelligent to become an endangered species." [1] 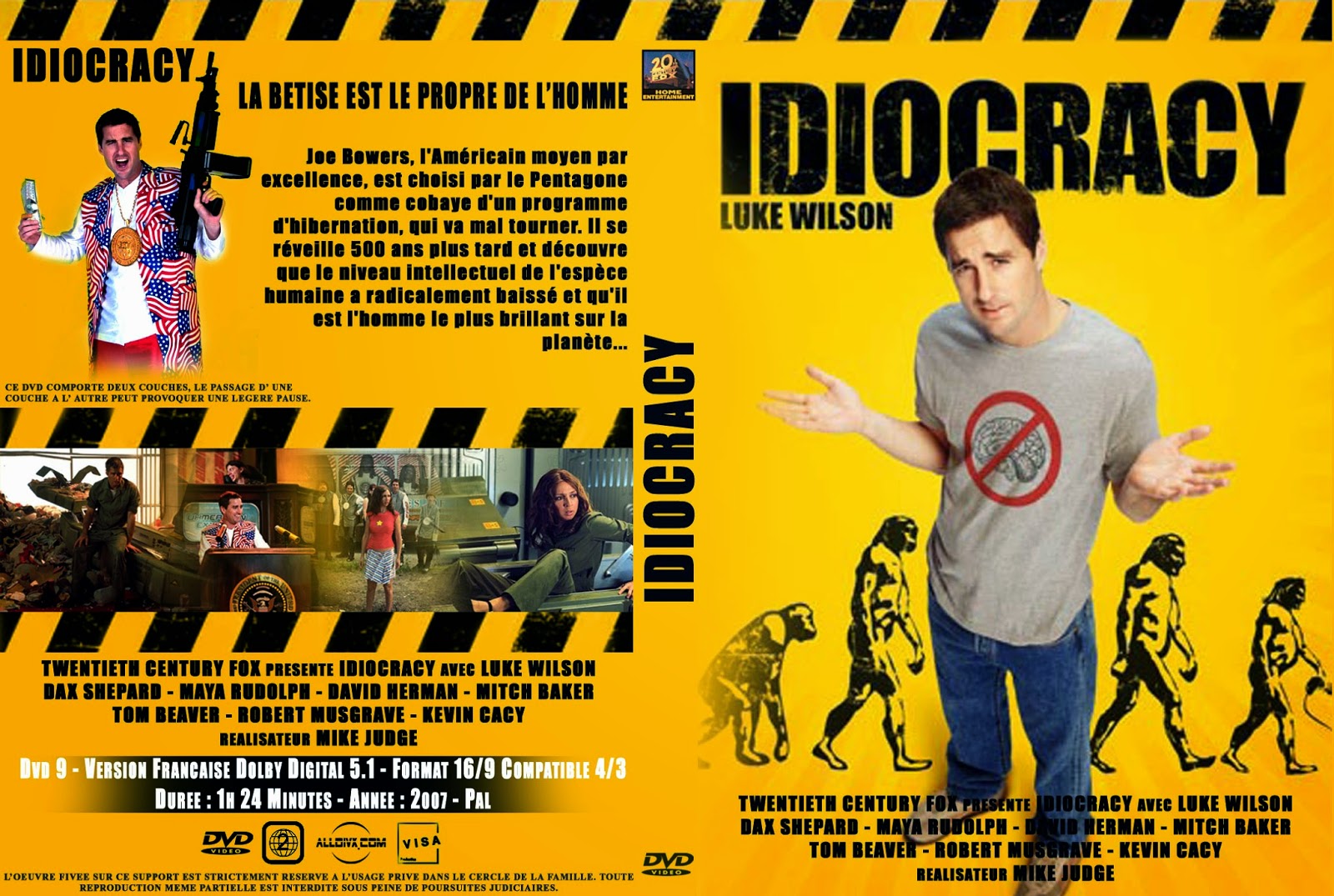 Based on this, it is a slightly exaggerated  statement that the "smarter" people in the film were the ones that used their time wisely and had all the money. On the flip side the more "unintelligent" people were the ones that rushed into everything, had kids and were poor. But of course the majority of the people that see this film identify with the intelligent ones and feel that getting rid of the poor and stupid people will solve all their problems. Irony exists and possibly a double standard, if you spent your valuable time watching this movie as opposed to researching and finding a cure for cancer or solving other problems of the world, then you are part of the problem. 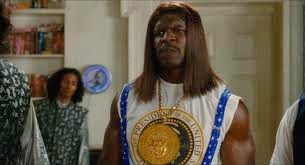 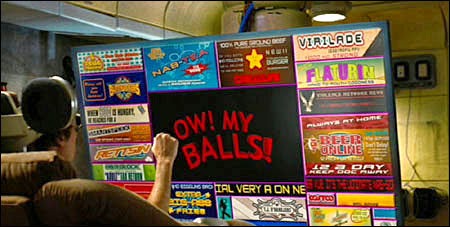 Pop culture and its watered down knowledge and teachings is more popular than logic and science. In the movie, "Ow My Balls" is a favorite TV show and takes up all the viewers free time. 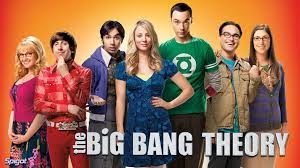 Currently The Big Bang Theory [2] is one of the most popular TV in the united States. I am not a big fan of the modern sitcom nor of the currently unfunny "comedy" shows that network television has to offer, but I had to see why so many people stated that it was a really good show. I watched two episodes of this show and...well, I understand that comedy taste is subjective..but...is voting against your own interests just dumb or ignorant...or both? 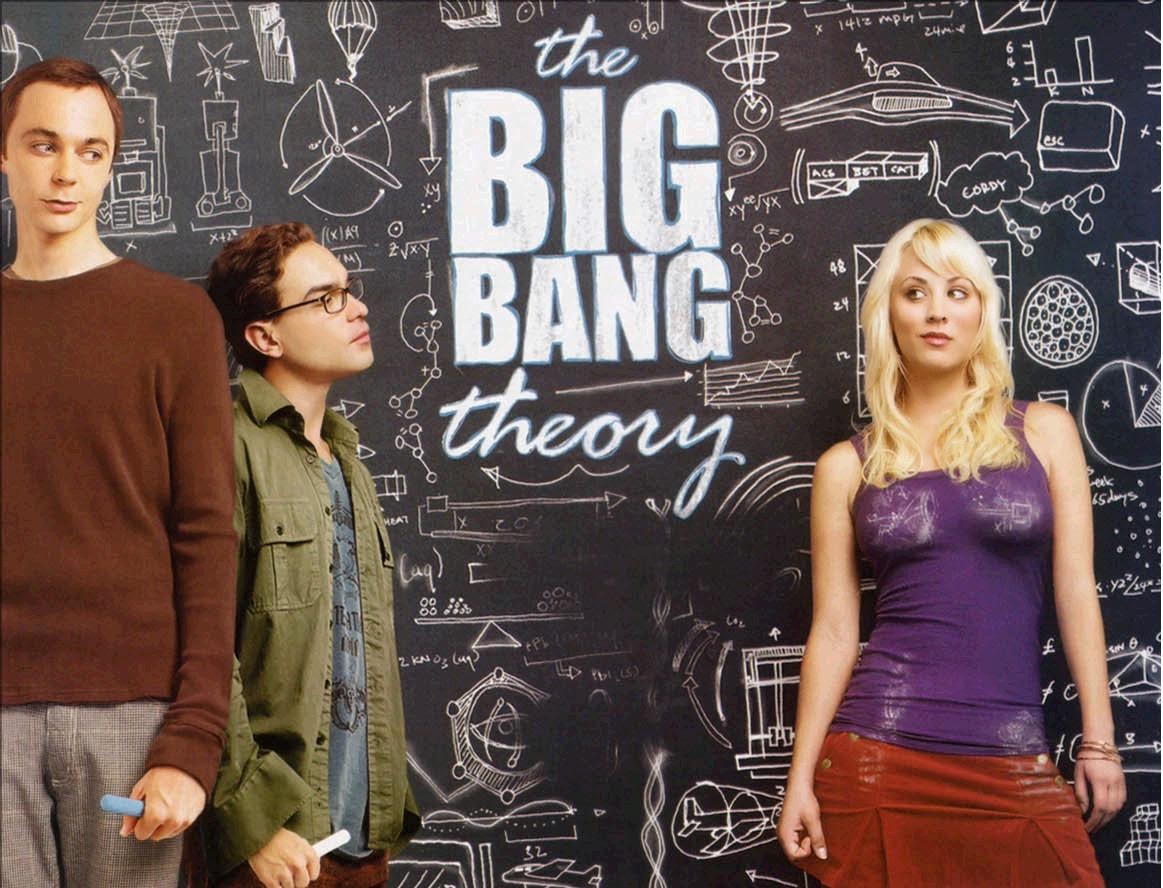 Much of the plot centers around the typical sitcom dramas between friends but interjects little pseudo science into the dialog to make the viewers feel a little more intelligent about themselves. This is almost as ridiculous as the viewers thinking they are know forensic police investigations after watching CSI or similar entertainment shows.

A staple in most modern sitcoms is the canned laughter (pre-recorded laughter in lieu of a real studio audience's laughter). Big Bang theory is no exception. Nothing says more than lack of Will than when being told when and what to laugh at.

THE DUMBING DOWN OF AMERICA:
Journalist Susan Jacoby stated that the denseness—“a virulent mixture of anti-rationalism and low expectations”—was more of a permanent state. Politicians have a  creeping tendency to refer to everyone—voters, experts, government officials—as “folks” is “symptomatic of a debasement of public speech inseparable from a more general erosion of American cultural standards,” she wrote. “Casual, colloquial language also conveys an implicit denial of the seriousness of whatever issue is being debated: talking about folks going off to war is the equivalent of describing rape victims as girls.” [3]

That inarticulate legacy didn’t end with George W. Bush and Sarah Palin. Barack Obama, the most cerebral and eloquent American leader in a generation, regularly plays the same card, droppin’ his Gs and dialing down his vocabulary to Hee Haw standards. His ability to convincingly play a hayseed was instrumental in his 2012 campaign against the patrician Mitt Romney; in one of their televised debates the President referenced “folks” 17 times. 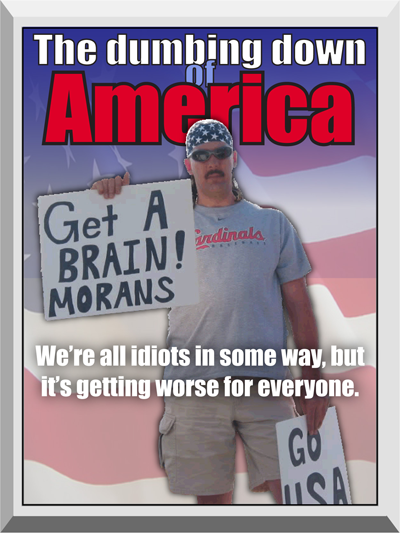 The spread of willful ignorance seems to be spreading and is not isolated to high end specialized subjects. Uninformed opinion can become self destructive when embraced over logic and then passed around as fact. The internet and social media sites spread false information like herpes in the form of poor written memes and people bravely wear their ignorance as badges of honor on bumper stickers on their car. The average person seems to be in a rush to embrace the stupid and hell bent on an irrational and anti-science path.

If ignorance is contagious, it’s high time to put the United States in quarantine.

In the United States, reconciling science and religious belief remains oddly difficult. A national poll, conducted in March for the Associated Press, found that 42 per cent of Americans are “not too” or “not at all” confident that all life on Earth is the product of evolution. Similarly, 51 per cent of people expressed skepticism that the universe started with a “big bang” 13.8 billion years ago, and 36 per cent doubted the Earth has been around for 4.5 billion years.

Reading trends are not encouraging. In 1978, 42 per cent of Americans reported that they had read 11 or more books in the past year. In 2014, just 28 per cent can say the same, while 23 per cent proudly admit to not having read even one, up from eight per cent in 1978.

Less information provided to our throw away fast food consumer style general public is getting even smaller. The average length of a sound bite by a presidential candidate in 1968 was 42.3 seconds. Two decades later, it was 9.8 seconds. Today, it’s just a touch over seven seconds and well on its way to being supplanted by 140-character Twitter bursts.

The term “elitist” has become one of the most used, and feared, insults in American life. Even in the country’s halls of higher learning, there is now an ingrained bias that favors the accessible over the exacting.

The very mission of universities has changed, states Catherine Liu. “We don’t educate people anymore. We train them to get jobs.” Baby Boomers, she says, deserve most of the blame. “They were so triumphalist in promoting pop culture and demoting the canon.” [4]

With all the world's knowledge accessible to the average person, the lack of investigative skills and critical thinking has somehow only enhanced the lowest common denominators—LOL cat videos, memes and the Kardashians. Instead of educating themselves via the Internet, most people simply use it to validate what they already suspect, wish or believe to be true. Cherry picking ONLY which confirms your thoughts and ignoring conflicting facts is called confirmation bias.

(Chris Chaos is a long time resident of South Jersey who once again resides in and writes from Gloucester City, New Jersey. He is a filmmaker, a business owner, writer, urban explorer and investigator of the odd and weird, a proud parent, happily taken and a connoisseur of hot wings. Chris can be reached at AxisVideo@aol.com)