Tara Leigh Calico was born February 28, 1969 and mysteriously disappeared on September 20, 1988 at the age of 19 near her home in Belen, New Mexico. Her case was extensively shown on A Current Affair, Unsolved Mysteries, America's Most Wanted, The Oprah Winfrey Show and also 48 Hours. Although still unsolved, most came to the conclusion that she was kidnapped. 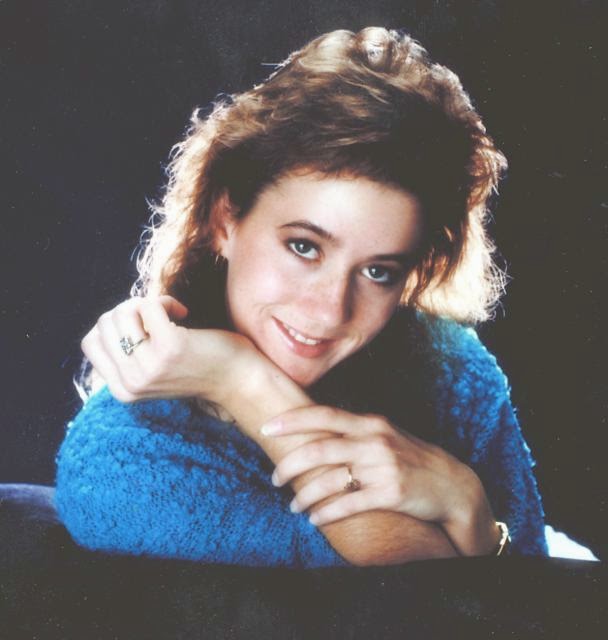 Tara left about 9:30am on September 20th, 1988 for a bike ride and never returned. Patty Doel, Tara's mother began searching for her along her bike route when she failed to return home at noon like she stated that she would. After failing to find Tara, she contacted the police. In the search, police found her walkman and cassette tapes along her bike route. A handful of people did see Tara riding her bike and her bike also was never found. No witnesses ever came forward with any eyewitness accounts of her possibly being kidnapped but some did state that a 1953-54 Ford pickup was following her. This is all circumstantial and the pickup truck was never located either. 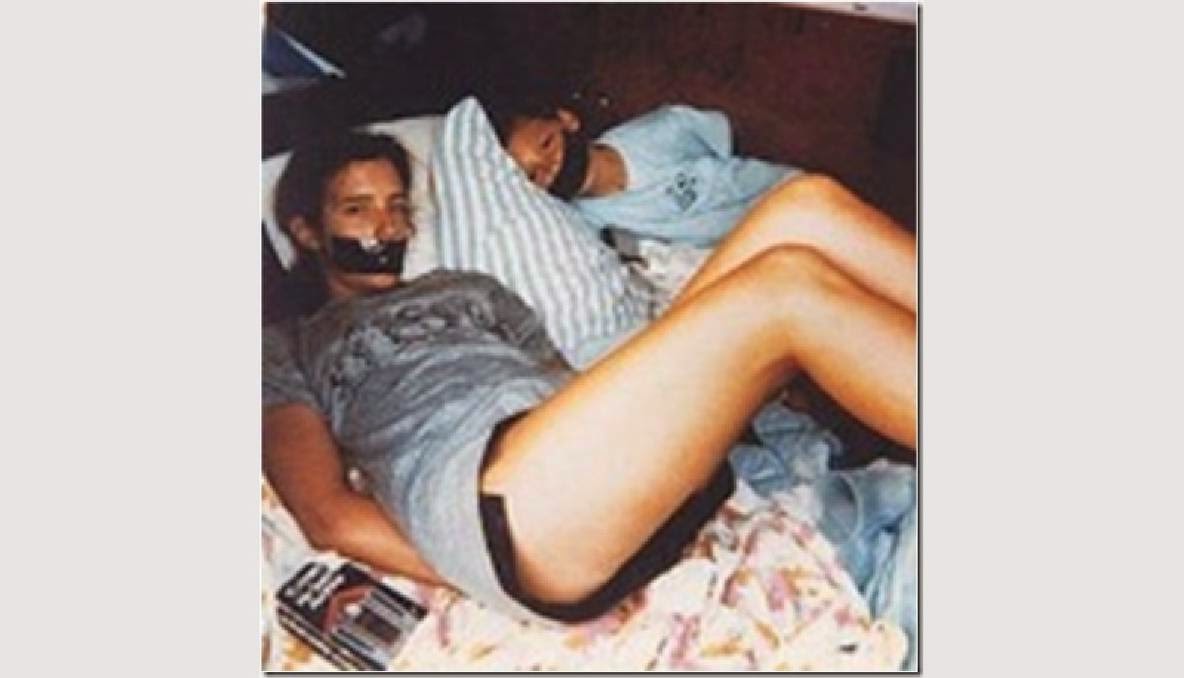 On June 15th of 1989 a Polaroid photo was found in a parking lot in Port St. Joe, Florida with two unidentified people in it, a young male (who appears to have minor bruising around his neck) and an older female thought to be Tara. Both the male and female portrayed in the photo were bound and gagged appearing to be sitting on a bed together. Many thought the the female in the photo was Tara and the boy was Michael Henley, also of New Mexico, who disappeared in April of 1988. Investigators of the case placed the time of the picture taken was after May of 1989 since that particular film was not available to the public until that time. Police state that it could not have been Michael since his remains were discovered back in 1990 in the Zuni Mountains which is about 7 miles from the campsite that he disappeared from and 75 miles from where Tara disappeared. Police speculate that Michael must have gotten lost in the mountains and died of exposure. 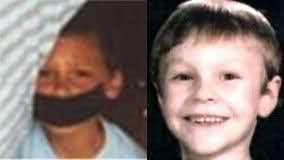 Patty, Tara's mother, does believe that it is Tara in the photo due to the scar on her leg which Tara acquired in a car accident. Also V.C. Andrews' My Sweet Audrina, (http://en.wikipedia.org/wiki/My_Sweet_Audrina) which was Tara's favorite book, appeared in the photograph. Further analysis of the photo came back with mixed results. Scotland Yard stated that the woman in the photo was indeed Tara, the Los Alamos National Laboratory stated that it was not and the FBI claimed that it was inconclusive.

Over the years supposedly two other Polaroid photos surface of Tara, but they have not been released to the public. In 1988 and 1989 there were several supposed sightings of Tara in the southern United States but nothing confirmed or proven. 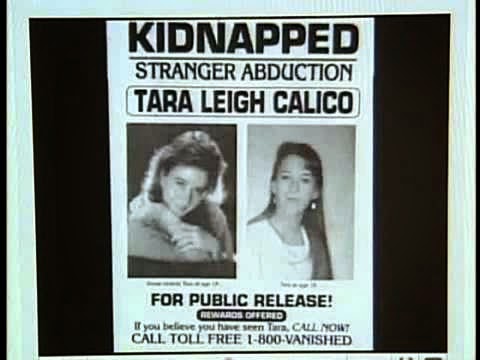 In later years, about 20 years after Tara disappeared the Sheriff of Valencia County, Rene Rivera, stated that he knew what occurred to Tara. Rivera claims that two schoolmates followed her in a pickup truck and an accident occurred causing her death. The two boys then covered up the crime and the rest is history. Knowing the names of the people involved, Rivera states that without a body, a case cannot be made. No evidence supporting this conclusion has ever been released. There has never been an arrest made and the case is still open. John Doel, Tara's stepfather disputes these claims made by Rivera stating that these claims should not have been made if he was not able to arrest anyone. He also contends that strong circumstantial evidence should be enough for an arrest. 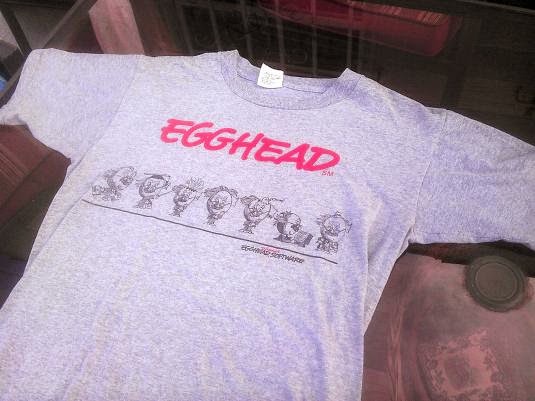 The girl in the photo is wearing an Egghead Software T-Shirt.

There has been much speculation as to what happened to Tara and what the source of this photo is. Some think that the photo has nothing to do with Tara ans was totally unrelated. Possibly kids playing around with a camera in mock kidnapping scenarios. Police state that the photo was taken inside a white van. The white van which has been the source of many jokes concerning pedophiles is very likely since they can have no windows and provide room for deviant sexual acts. Others state that during this time frame and area white children were being kidnapped in droves and being prostituted at truck stops. Supposedly the other photos of Tara turned up in California and hinted at pornography. 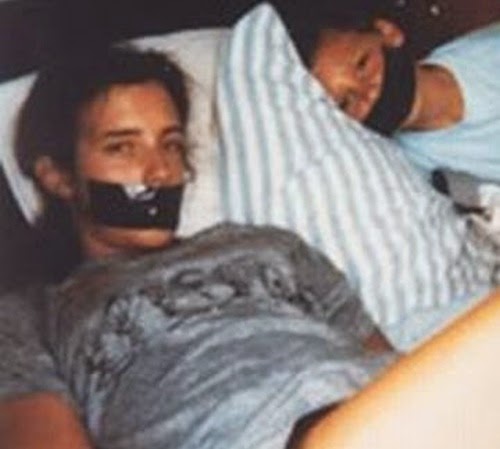 Also the two people in the photo do not appear to be terrified as you would expect being bound and gagged in the back of a van. More so the girl appears to be bored and the boy simply tired. You can see the tape over their mouths but can only assume that their hands are tied or bound behind them. Also if they were abducted and being held against their will, why would the girl be allowed to read her favorite book. She would also need her hands free to read it. Why would the photo be left in the parking lot, sounds like an amateur mistake going against the alleged abductor going undetected for all these years. Also based on previous abductions, MOST abductors stick to a certain profile, they hardly ever abduct children/people of different ages or sexes. 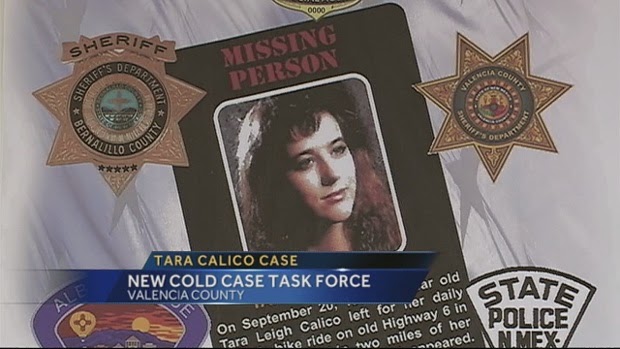 An excellent video on the topic by Alana G:
Tara Calico Video

(Chris Chaos is a long time resident of South Jersey who once again resides in and writes from Gloucester City, New Jersey. He is a filmmaker, a business owner, writer, urban explorer and investigator of the odd and weird, a proud parent, happily taken and a connoisseur of hot wings. Chris can be reached at AxisVideo@aol.com)
Posted by Chris Chaos at 9:35 AM