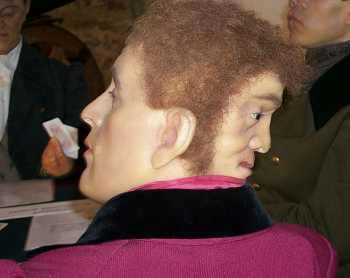 A well disputed case concerning Edward Mordake or Edward Mordrake was a documented fact but embellished with fictional tall tales as do most people from histories past. Edward was a doubtful heir to English peerage who was the source of these legends. It appears that he may have suffered from a form of diprosopus (craniofacial duplication, is an extremely rare congenital disorder whereby parts or all of the face are duplicated on the head). According to writings of the time period, they stated that an extra face was attached to the back of his head. This second face could not eat or speak out loud but was allegedly credited with the abilities to laugh and cry. Claiming that his demon face whispered to him at night, Edward begged to have it removed, but no doctors would even try. Sadly, when Edward was 23 years old, he committed suicide. 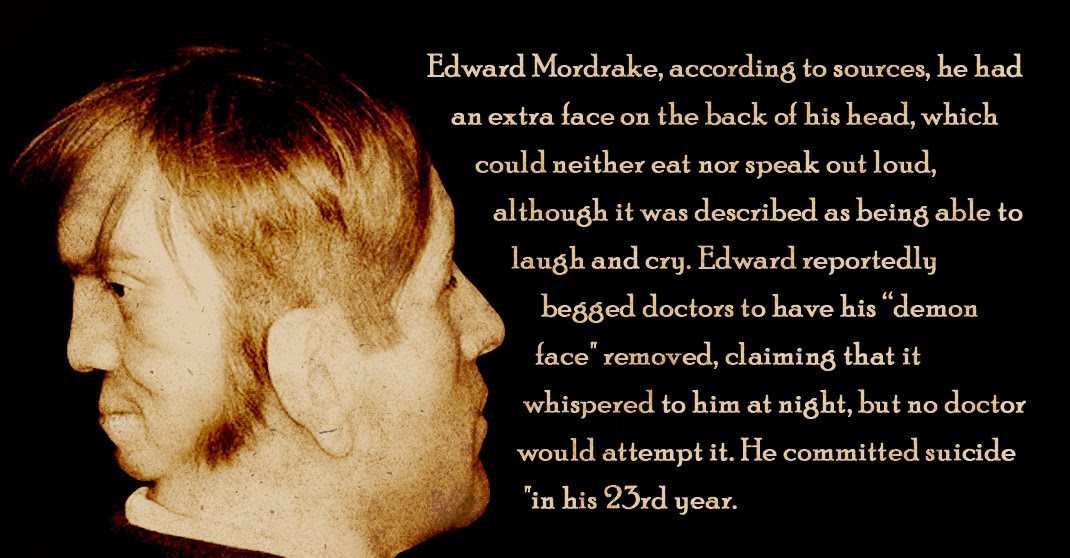 The description of Mordake's condition is somewhat similar to those of Chang Tzu Ping (Reference:
https://www.youtube.com/watch?v=T5iu3oA7vc0) and Pasqual Pinon (Reference:
http://www.thehumanmarvels.com/pasqual-pinon-the-two-headed-mexican/). In the 1976 edition of The Book of Lists both Edward Mordake and Pasqual Pinon were featured as the "2 Very Special Cases" on a list of "10 People With Extra Limbs or Digits" .

The 1896 text Anomalies and Curiosities of Medicine mentions a version of the story, and Mordake has been featured in many texts, plays, and songs. Also Wes Bentley played Edward in three episodes of the TV show, American Horror Story: Freak Show. (Reference: http://www.imdb.com/title/tt1844624/?ref_=fn_al_tt_1) 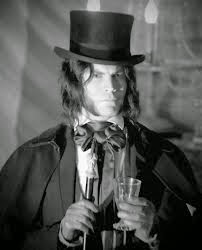 As told in Anomalies and Curiosities of Medicine:
"One of the weirdest as well as most melancholy stories of human deformity is that of Edward Mordake, said to have been heir to one of the noblest peerages in England. He never claimed the title, however, and committed suicide in his twenty-third year. He lived in complete seclusion, refusing the visits even of the members of his own family. He was a young man of fine attainments, a profound scholar, and a musician of rare ability. His figure was remarkable for its grace, and his face — that is to say, his natural face — was that of an Antinous. But upon the back of his head was another face, that of a beautiful girl, 'lovely as a dream, hideous as a devil'. The female face was a mere mask, 'occupying only a small portion of the posterior part of the skull, yet exhibiting every sign of intelligence, of a malignant sort, however'. It would be seen to smile and sneer while Mordake was weeping. The eyes would follow the movements of the spectator, and the lips 'would gibber without ceasing'. No voice was audible, but Mordake avers that he was kept from his rest at night by the hateful whispers of his 'devil twin', as he called it, 'which never sleeps, but talks to me forever of such things as they only speak of in Hell. No imagination can conceive the dreadful temptations it sets before me. For some unforgiving wickedness of my forefathers I am knit to this fiend — for a fiend it surely is. I beg and beseech you to crush it out of human semblance, even if I die for it.' Such were the words of the hapless Mordake to Manvers and Treadwell, his physicians. In spite of careful watching, he managed to procure poison, whereof he died, leaving a letter requesting that the 'demon face' might be destroyed before his burial, 'lest it continues its dreadful whisperings in my grave.' At his own request he was interred in a waste place, without stone or legend to mark his grave." 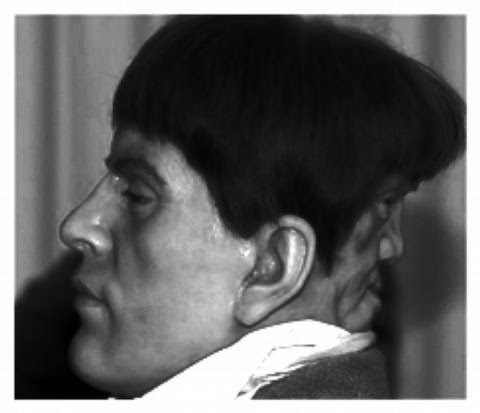 A song entitled "Poor Edward" was written by Tom Waits and appeared on his 2002 album, Alice. (Reference: http://en.wikipedia.org/wiki/Alice_%28Tom_Waits_album%29)

Did you hear the news about Edward?
On the back of his head he had another face
Was it a woman's face or a young girl?
They said to remove it would kill him
So poor Edward was doomed

A more common form of diprosopus: 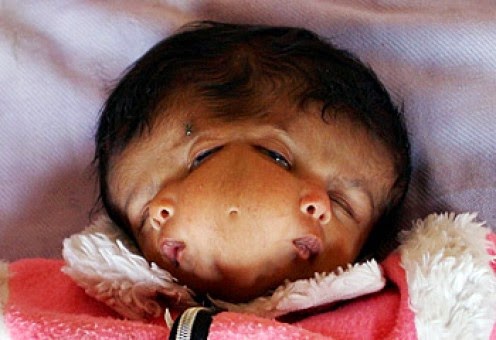 (Chris Chaos is a long time resident of South Jersey who once again resides in and writes from Gloucester City, New Jersey. He is a filmmaker, a business owner, writer, urban explorer and investigator of the odd and weird, a proud parent, happily taken and a connoisseur of hot wings. Chris can be reached at AxisVideo@aol.com)
Posted by Chris Chaos at 3:13 PM