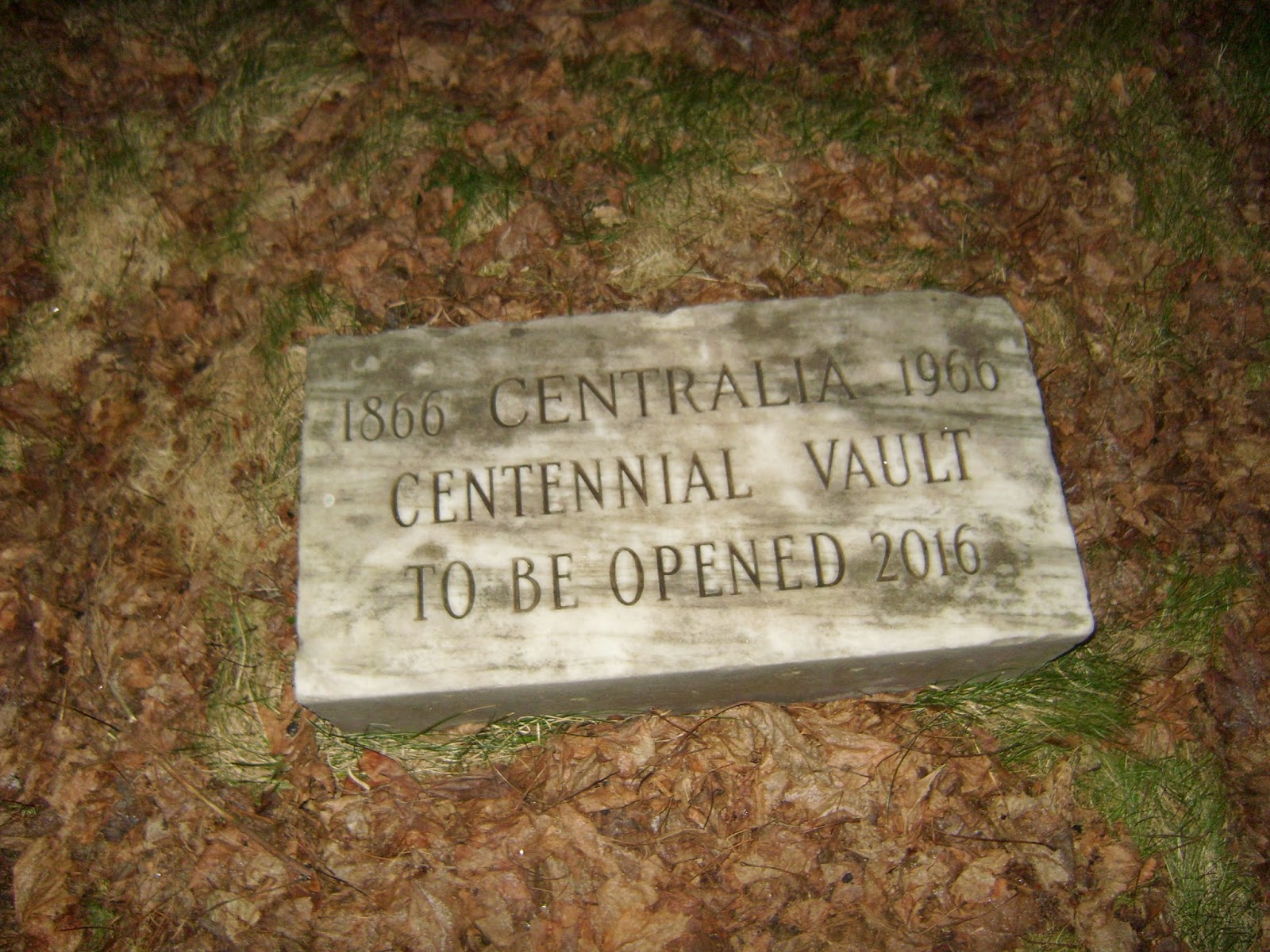 Centralia: The Pennsylvania abandoned town that has been burning for over 50 years. On May, 27th 1962 the fire started and has been raging ever since. Exact details are sketchy about how the fire actually started but according to historical documents it states that burning trash from the landfill set an exposed coal vein in an abandoned strip mine on fire. The movie and video game SILENT HILL were based on this PA town. 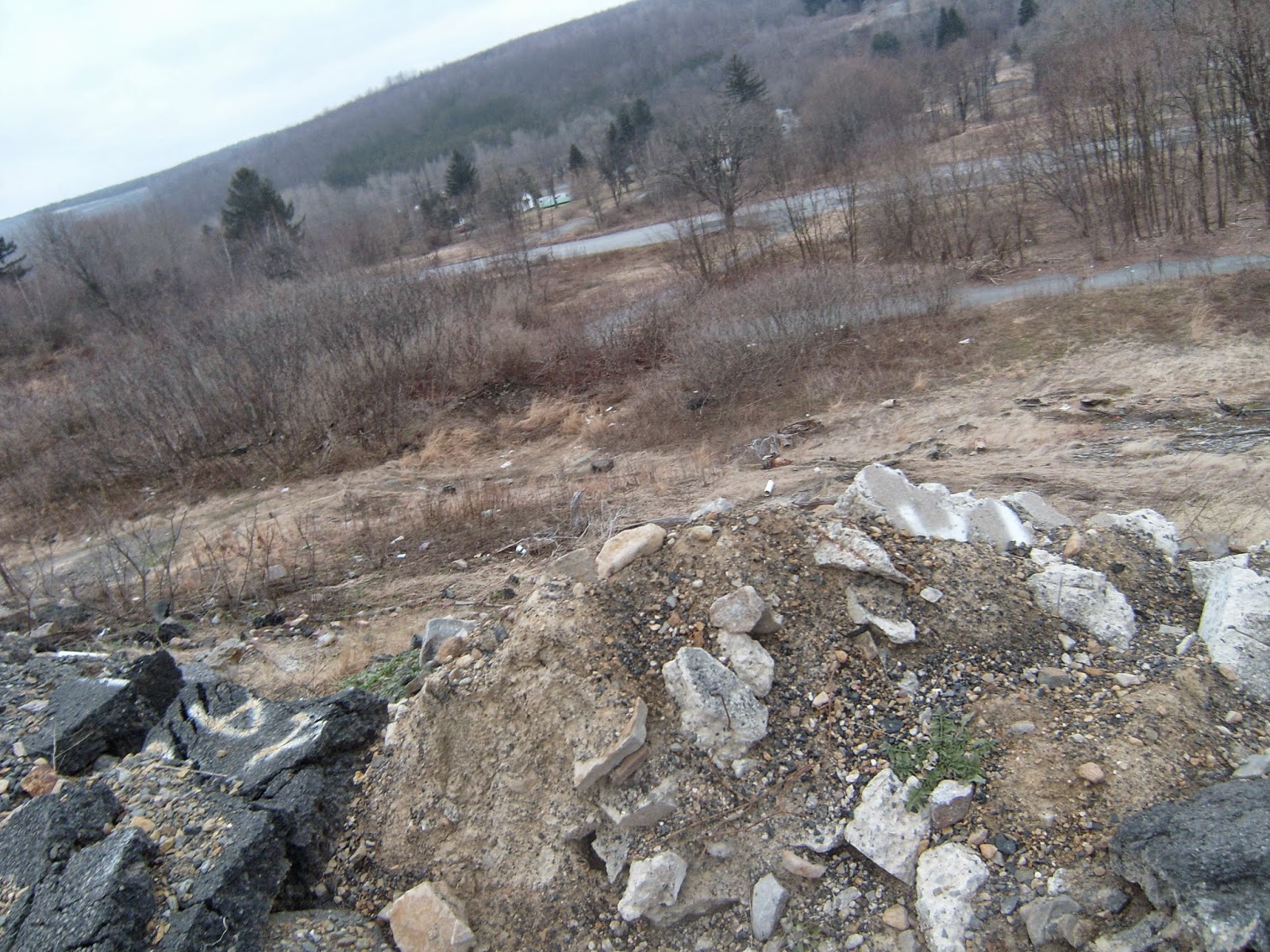 This small coal mining town use to be home to over 2,000 people has now been just about completely abandoned, although a few residents still call this town home. 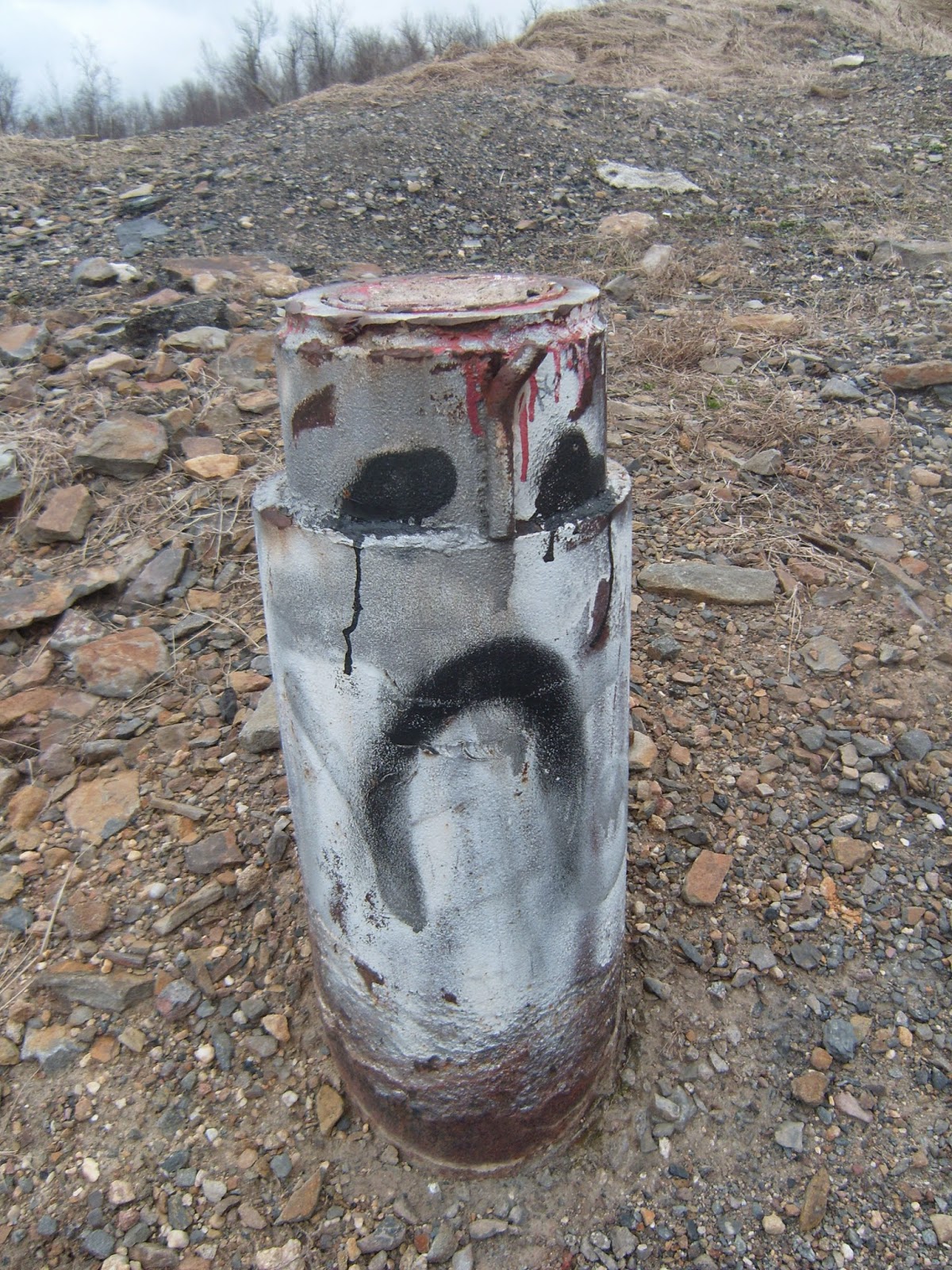 As of our last visit most of the houses and streets have been bulldozed and are reduced to a smoldering former shadow of themselves. You can see the toxic gas spewing from the cracks in the ground all over the area. A sign warns visitors to enter at their own risk. 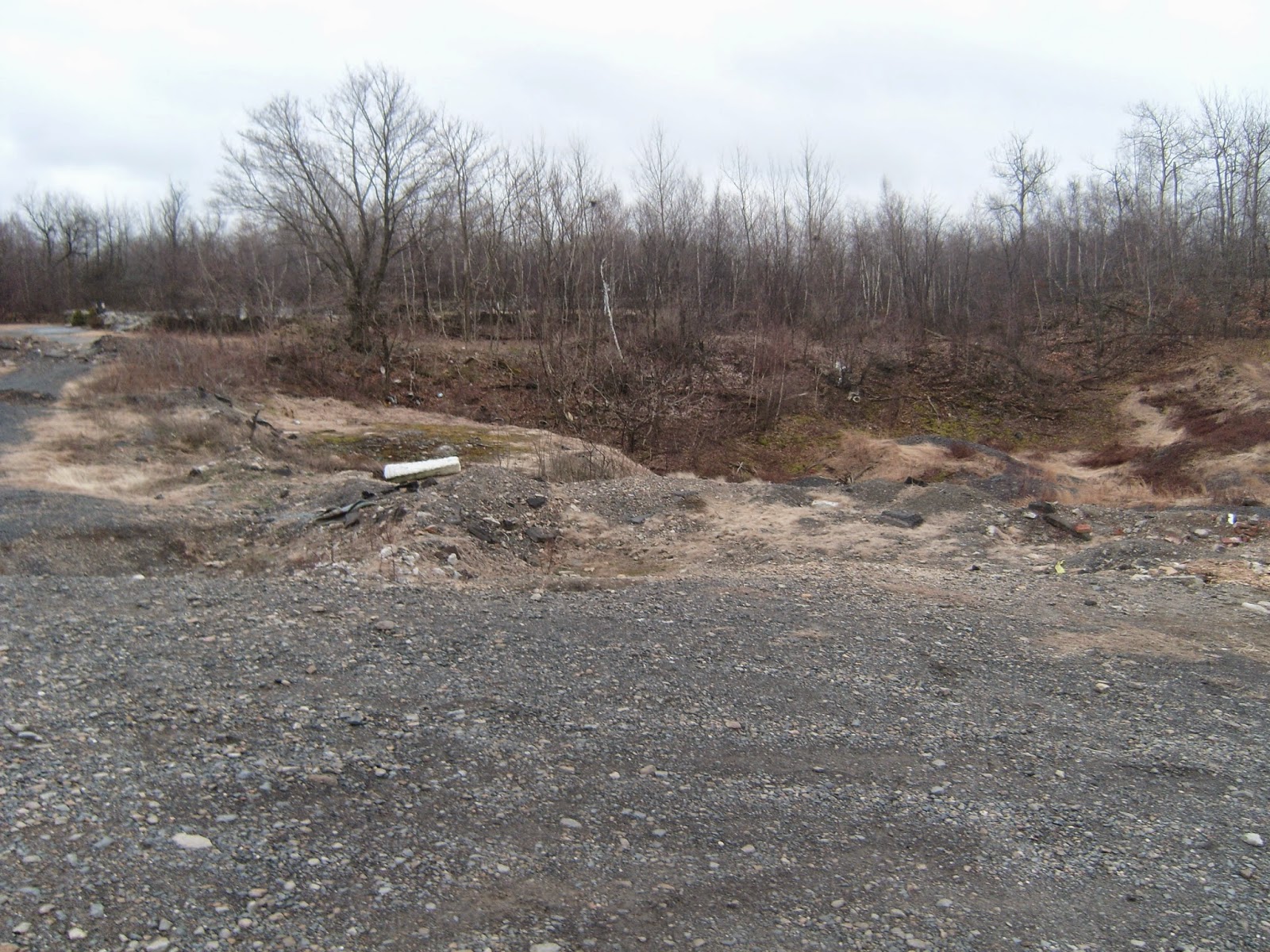 Usually locations like this that attract visitors are heavily paroled by the police to prevent vandalism or to stop teens from partying or hurting themselves. While we were documenting the location a police office approached us and asked us what were were doing. When he saw we were simply taking photos he wished us well and explained to us that he thought we may have been illegally dumping. 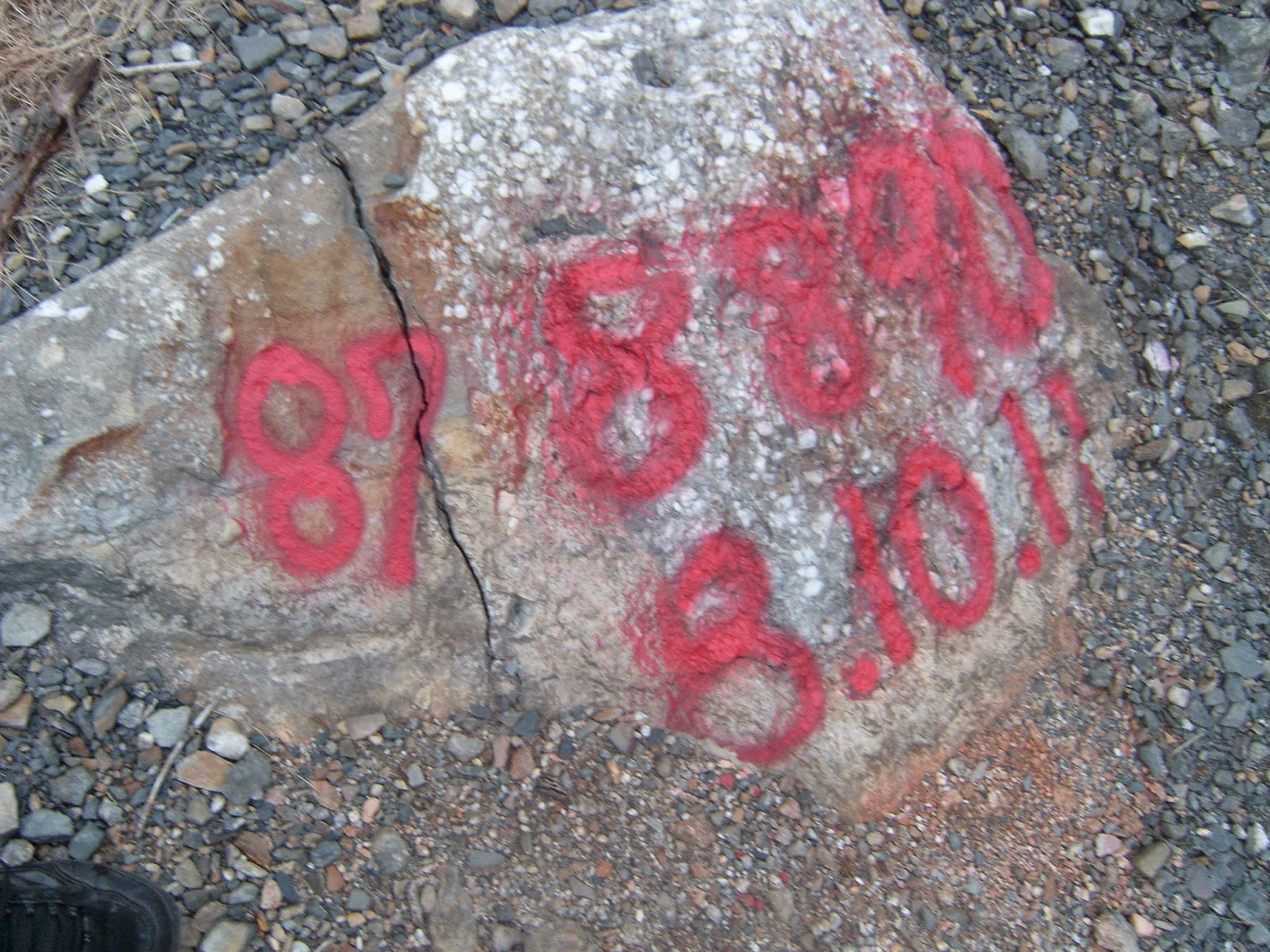 For just about 20 years firefighters have attempted to put out this massive fire but as it being underground and with seemingly an endless line of fuel that has proven very unsuccessful. Scientists state that there is enough coal to keep the fires burning for another 250 years. 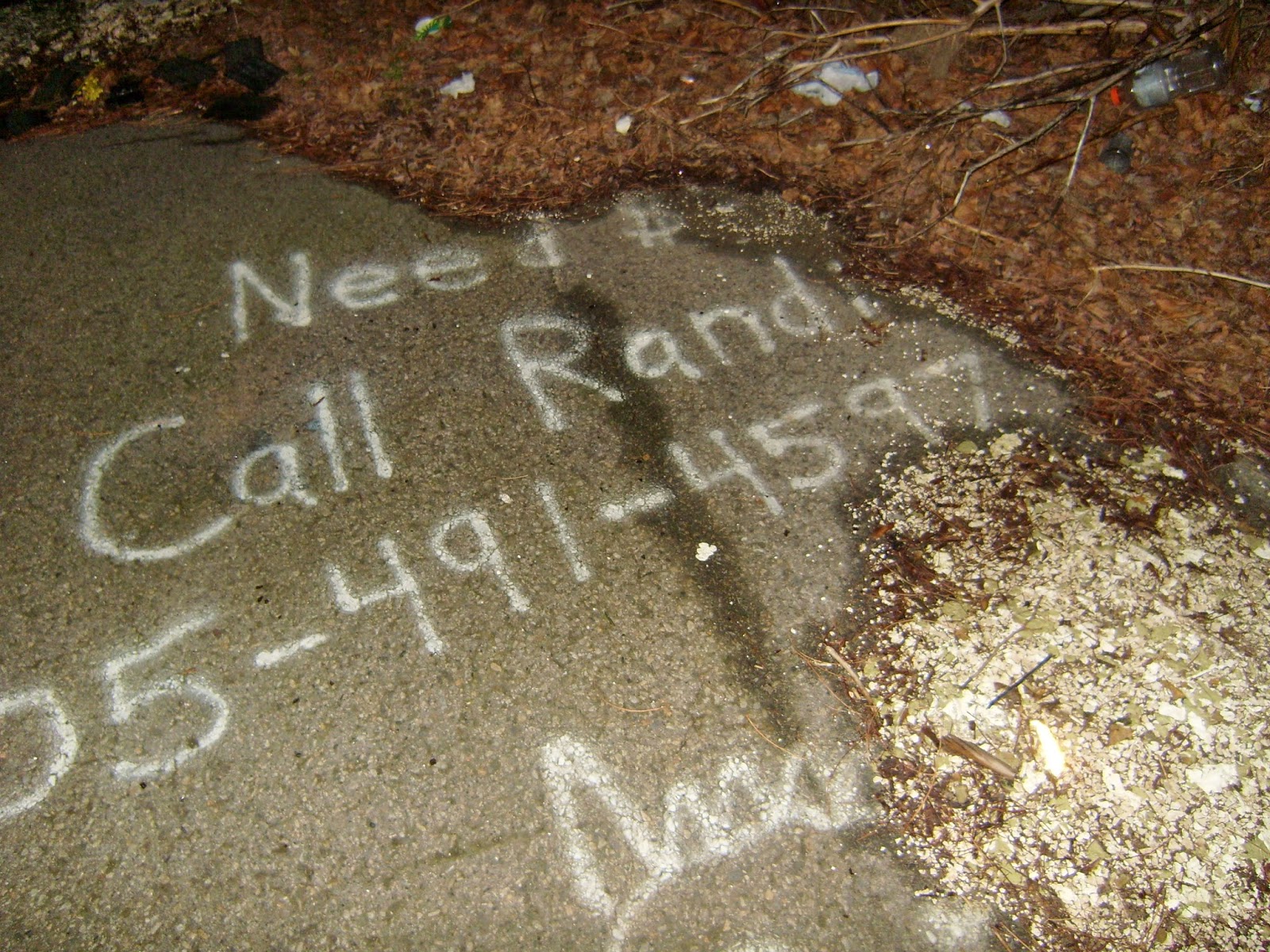 Back in 1981 a 12 year old boy fell into one of the sinkholes and there have been growing concerns over the dangerous levels of carbon monoxide being released from the ground. After many years of this raging inferno burning underground it weakened the ground and caused the roads and concrete to crumble. 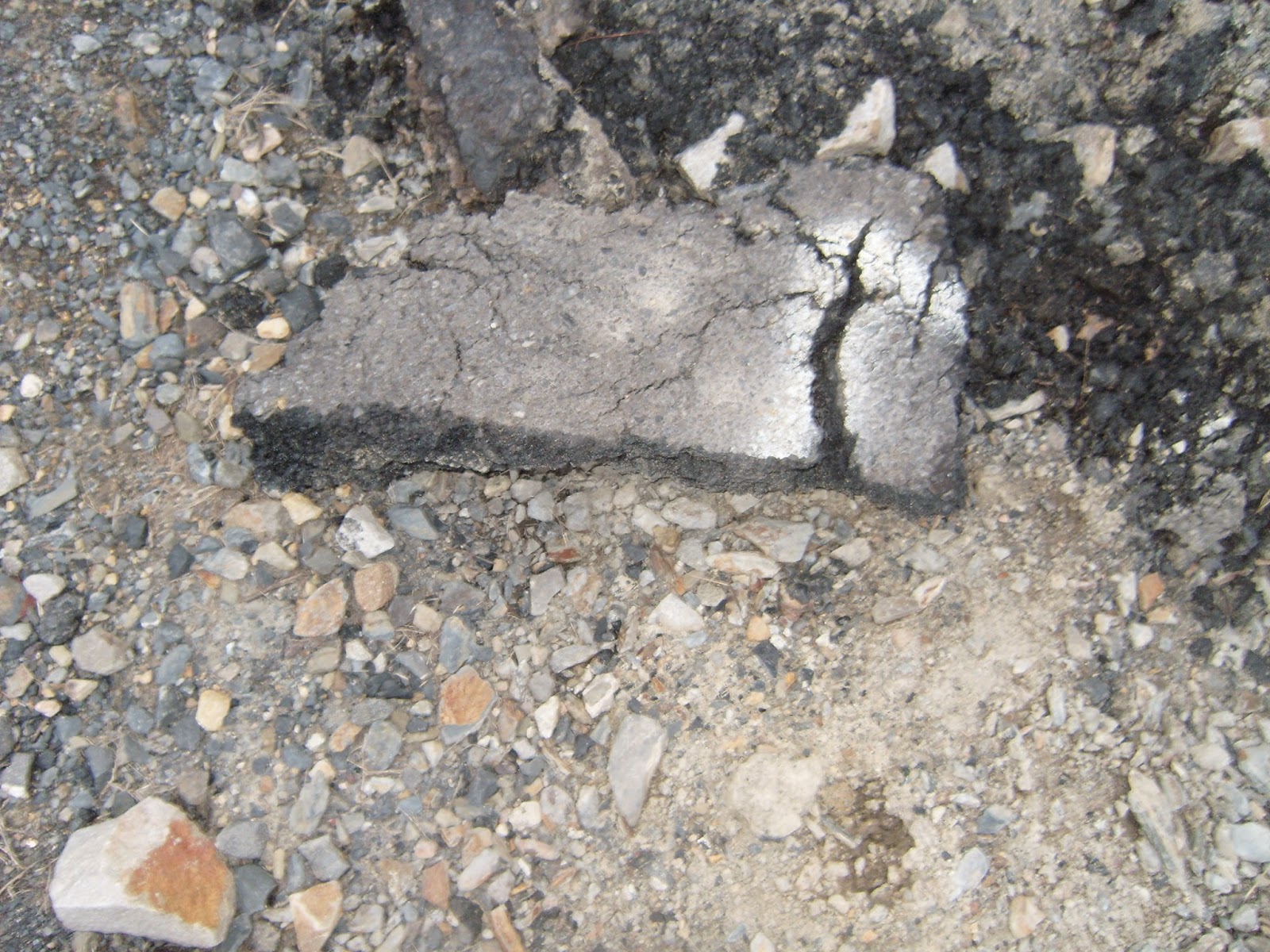 In 1993 Congress did set some $42 million aside to relocate the town's residents and the abandoned houses and buildings were bulldozed. Stuck in controversy some of the residents refused to leave. As of 2011 there were 9 residents fighting the state of PA to not evict them from their homes and have their properties razed to the ground.

Commonwealth Court has denied another attempt by remaining property owners in Centralia to keep their land. Borough Council President Stephen Hynoski states that the fire has died down and the air quality of Centralia is the same as in Lancaster. He also has a suit pending in U.S. Middle District Court that claims the commonwealth's devious plot of obtaining mineral rights t the anthracite coal that is supposedly worth hundreds of millions of dollars. 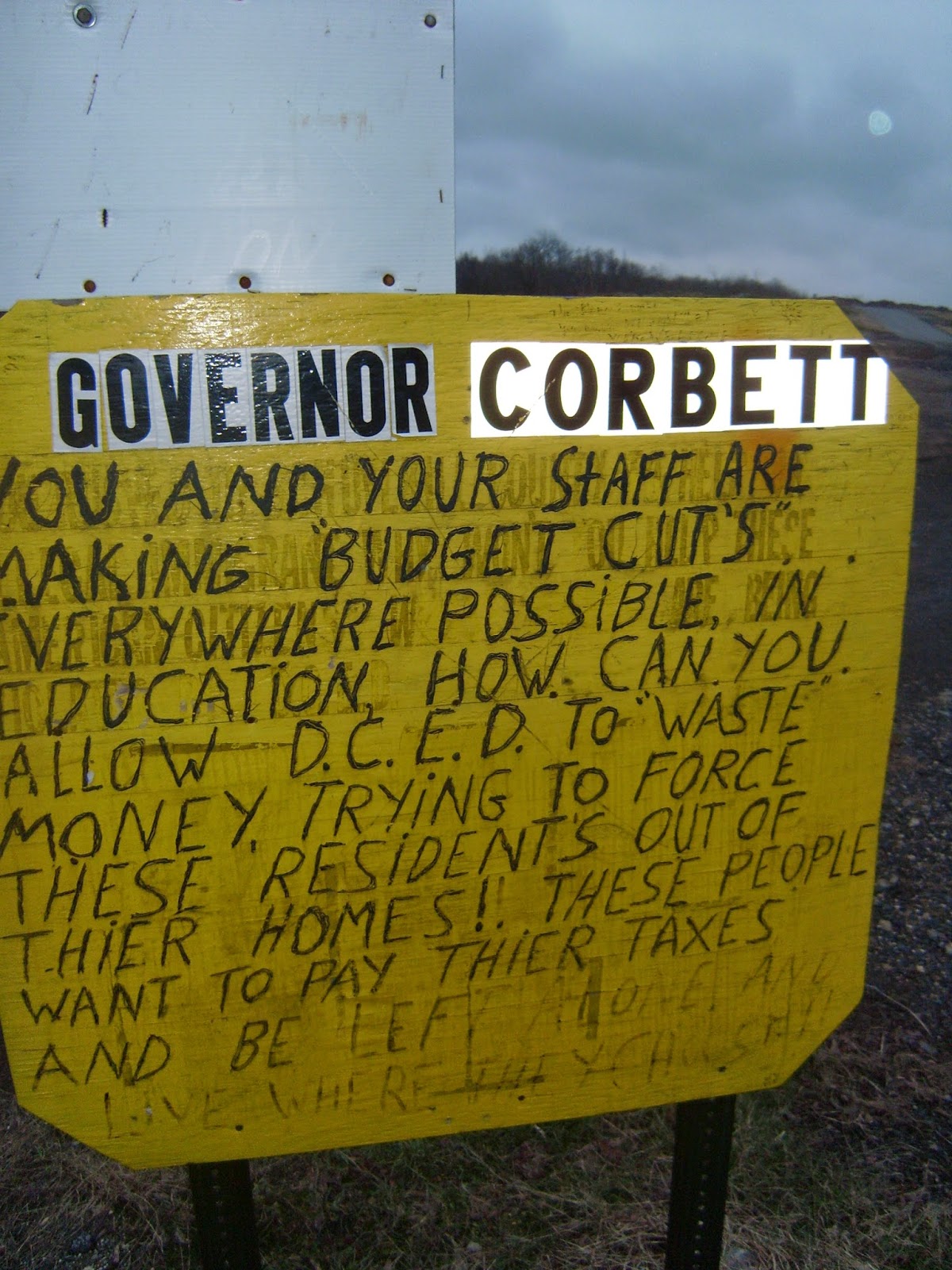 An interesting thing occurred while we were documenting the location, there is a church (See photo below) in the next town over. Now Centralia is known for the smoke escaping from the ground but over near the church this was not the case. There was no smoke visible, no one was smoking a cigarette and there were no vehicles spewing exhaust. in some of the photos there were massive amounts of smoke and in others there were none. We did not see any smoke/mist with our naked eyes, it was only when we reviewed the photographs. But there is something physically there based on the way the flash of the camera interacted with the smoke. (More pics of this are available, just ask) **Note: It was snowing/sleeting during the night time. 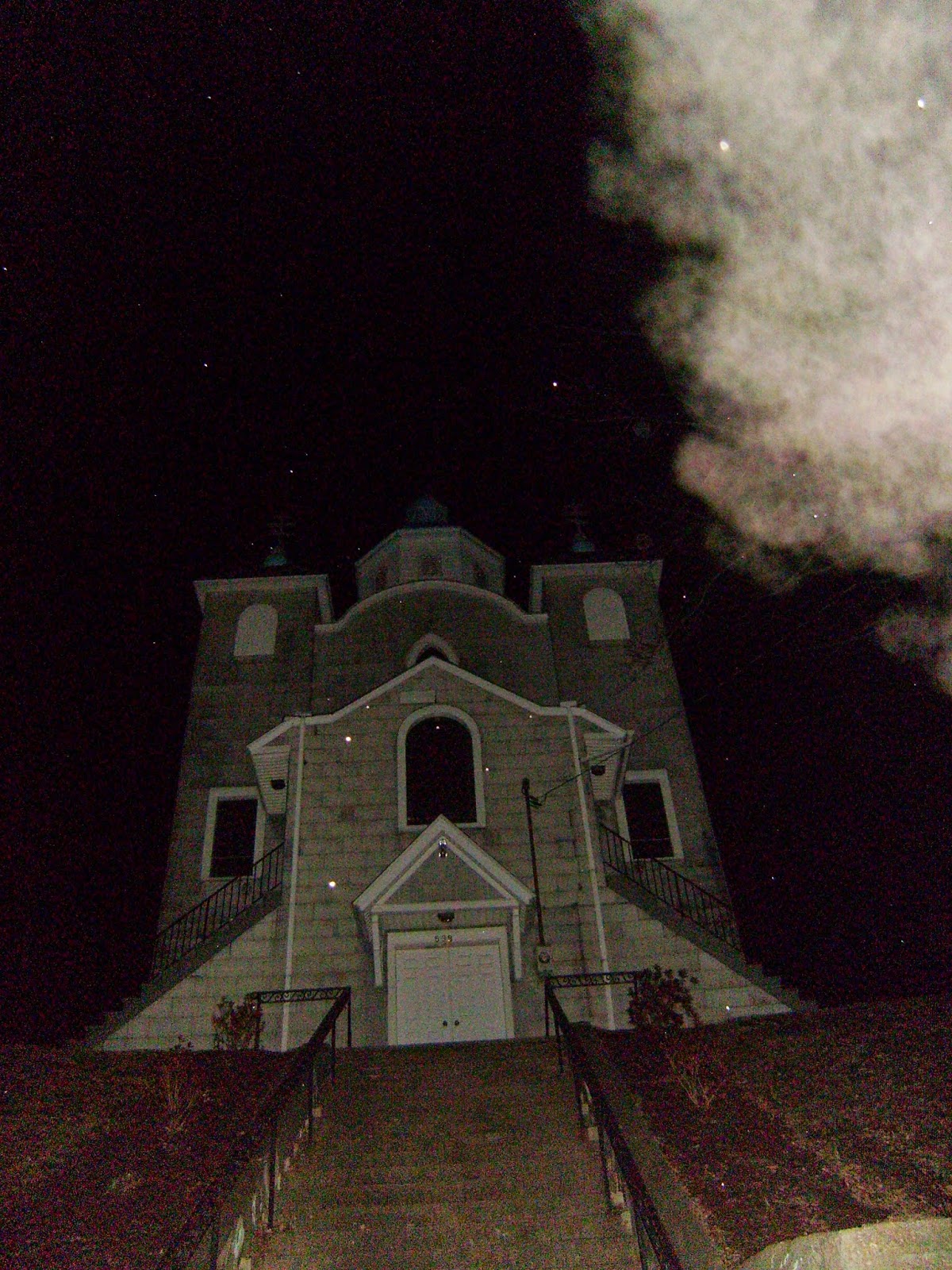 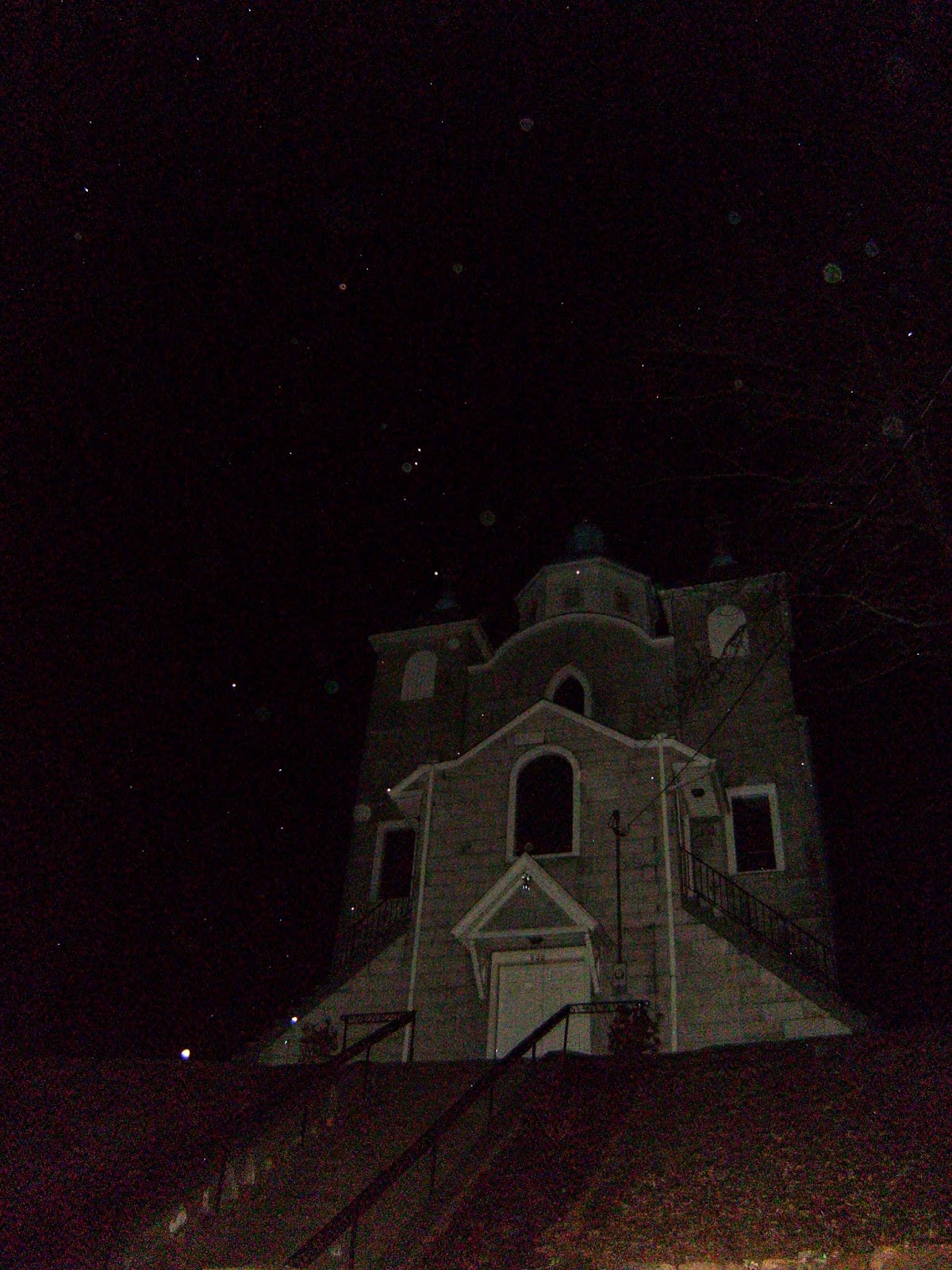 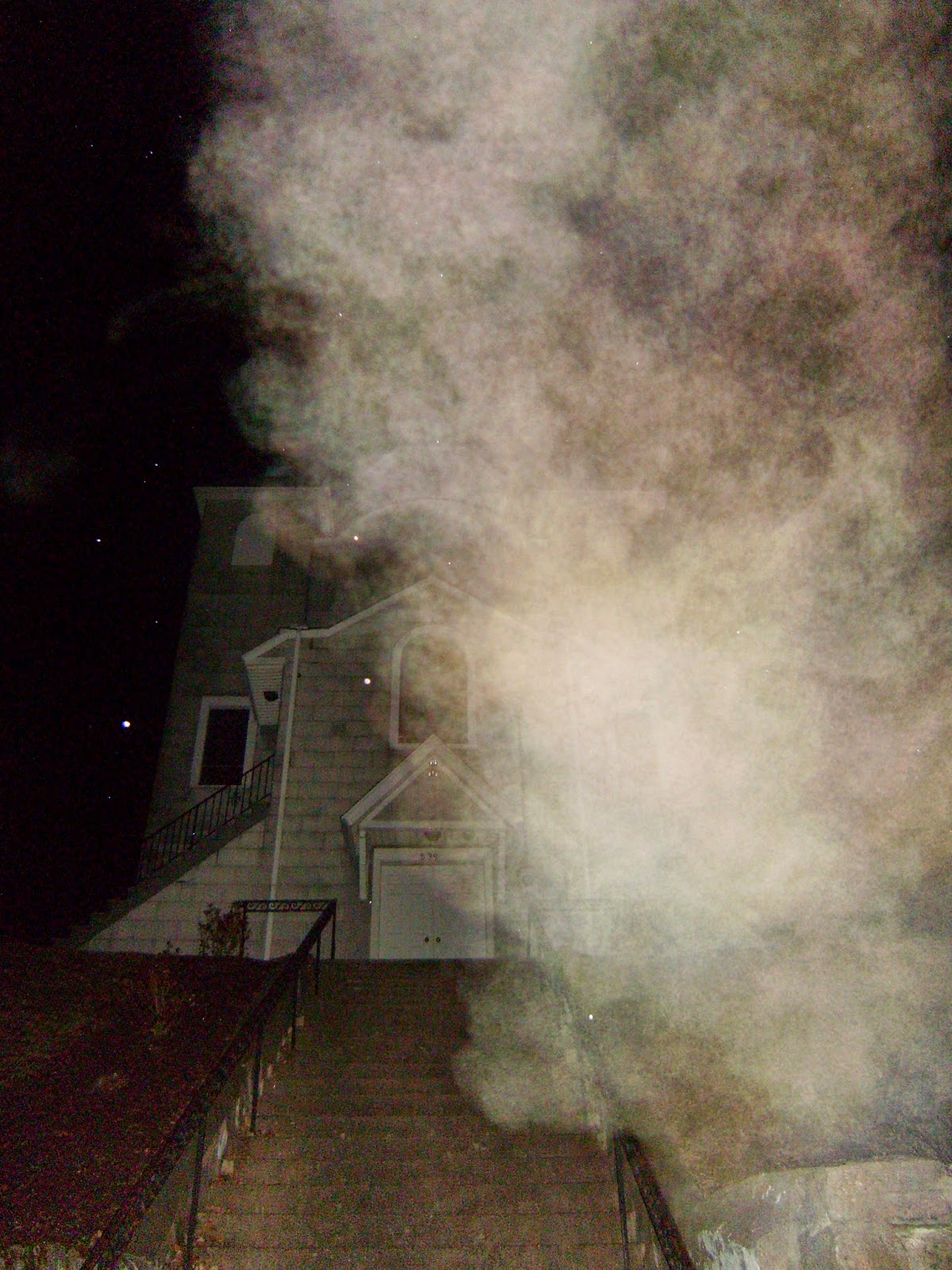 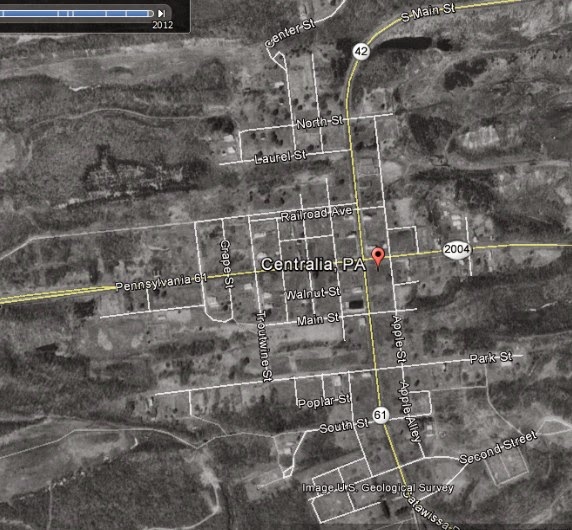 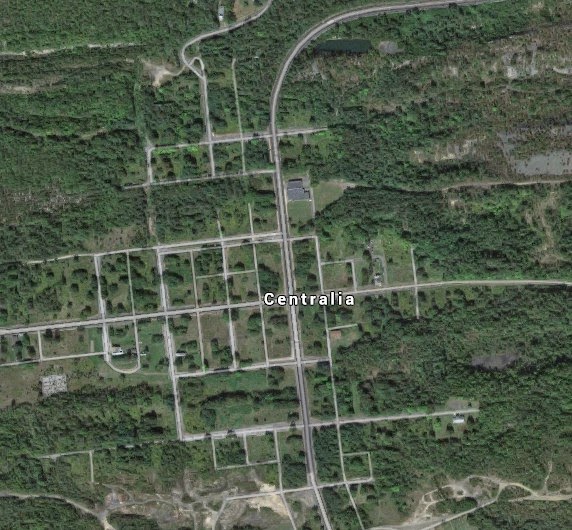 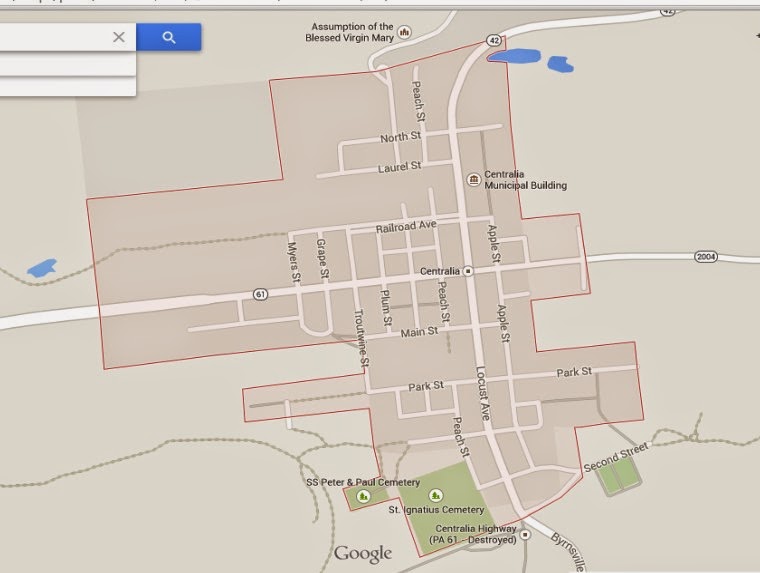 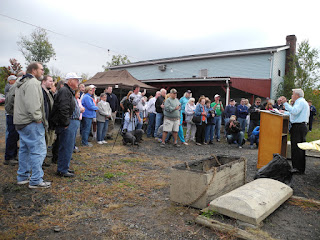 The Centralia Time Capsule was opened early and shy 2 years of the original opening date in 2016. In May of 2014 Officials noticed that the capsule was tampered with as it appeared that the capsule had an attempt of being dug up. Many unscrupulous so called ghost hunters, urban explorers and thrill seekers have taken items from Centralia over the years as souvenirs. 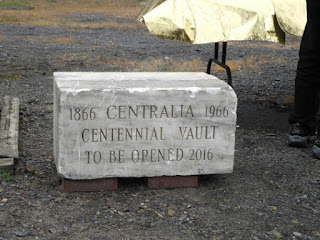 The decision was made to open the capsule early to prevent the loss of the contents, on October 4th 2014 at noon it happened. Many former and current residents gathered for the vent that fell two years short of the 50 year planned opening date. 1966 was the centennial celebration of the town. 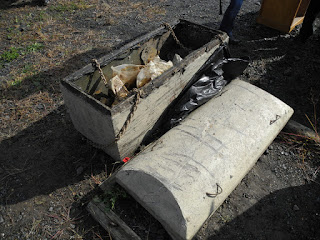 The capsule was dug up and all contents were laid out on a table for the attendees to view. Sadly many of the items were ruined due to the fact that about one foot of water filled the capsule. All the paper items disintegrated but thankfully some of the other items survived such as a miner's helmet, a lamp and a pair of pants signed by some of the men that lived in town. 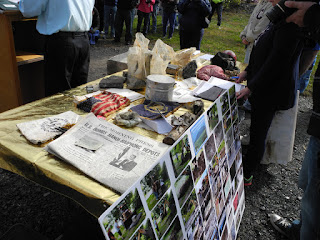