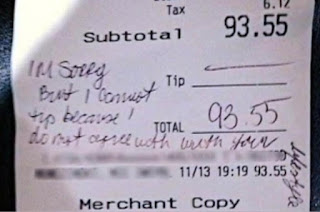 For our first in a series of hard hitting reality news stories, FORBIDDEN KNOWLEDGE, we are investigating the claim that many of the news stories concerning a patron leaving a harsh, racist or insensitive comment on a receipt instead of a tip are either false, made up or socially engineered. We secured an interview with the head of a Delaware based Public Relations Marketing firm that states the majority of the stories are in truth the product of backdoor public relations. For obvious reasons the person being interviewed wished to remain anonymous, so she will be referred to by as "Mary". 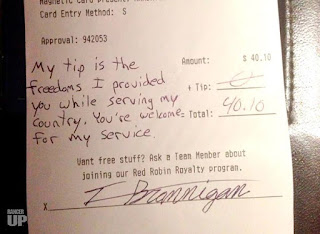 To make them rabble military

MARY:
First off let me start by saying that I am a rabble rouser in the business world. For about 10 years I ran a marketing firm and over saw the departments in Delaware (USA) that specializes in destroying the reputations of  our client's competitors. Straight forward marketing and public relations is to show the company being represented in a positive light and to present the company to the general public. But there is a backdoor tactic that my firm specialized in for additional income. 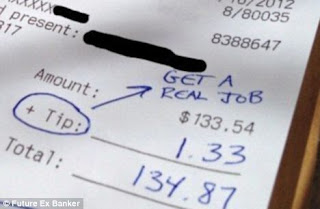 To make them rabble class warfare
One of my team members came up with the idea of destroying the reputation of restaurants when we had a client that could not advance using a traditional marketing strategy. We targeted the competing store and had our people go in there, dirty up the bathroom, cause destruction to the plumbing, leave nails in the parking lot, talk to customers coming in as we were going out and told them they found rats, bugs, hair or what not in the food; sabotage at its finest. Then on the restaurant's social media we used our pool of profiles to leave negative reviews, comments and feedback. 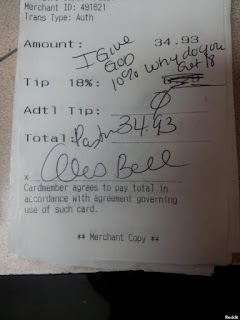 To make them rabble religion
Our clients can usually shell out between $500 -$5000 depending on the level of disruption that they wish to cause to their competitors. We do not advertise this service in the traditional sense, usually after a client hires us, we can tell within a few weeks if they would fit in with our backdoor marketing techniques. 9 times out of 10 the client themselves make an off color joke or comment to test the waters concerning that there must be something else that can be done to get ahead. Once those cues are displayed we swoop in and take over. 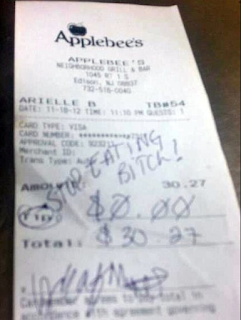 To make them rabble overweight people
But the slam dunk that garnished the most press was leaving messages of hate on the receipts in lieu of a tip. The ones that received the most press were homophobic ones followed by comments that centered on race and African Americans. Interesting enough, the more outlandish a comment is, the more effective it was, as long as it targets a protected class of people. It was a goldmine to us if there was a gay or lesbian server/waitress. This was two fold, either it was our people going into the restaurant and filling out the comments on the receipt, or if long term, we could get one of our people hired by the clients competition and then stage the set up as if they were the victim themselves. Interestingly enough, it does not matter how rotten a person is, they would rather not be identified with or as a racist or a homophobe; in this politically correct landscape we can use that to our advantage and as you may have guessed, it is highly profitable.

I provided you with a few examples (in picture format) that have appeared in the news over the last few years that are fake. 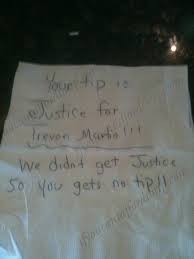 To make them rabble Black Lives Matter
My ex team member that came up with this novel idea has now since become a news reporter and to pepper his stories he sometimes pays $200-300 for people to act in his stories...yes, a slow news day. This tactic is very lucrative to everyone involved...well except for the workers or owners of the targeted business in question...but hey, that is the cost of doing business in this cut throat economy.

To make them rabble gender
Marketing and public relations used to be to show a company in a positive light but in their economic depressed times companies have to resort to other tactics to remain on top. That is where we come in. For a predetermined fee we will target one, several or many direct competitors of our clients and make their business transactions a living hell. We have several thousand profiles in the form of social media, Facebook, Twitter, Yelp and many other sites that we can use as leverage against a business to wage war and also have access to their customers. 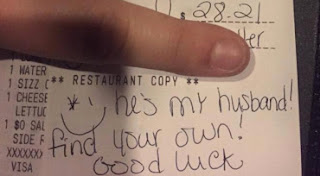 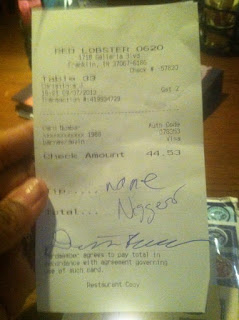 To rabble race
Here is an example of a tip story we pushed in California that focuses on the perception of illegal immigrants:
Illegal Immigrants (click for article)

Here is one from New Jersey that played to the fears of gay people:
Gay Note (click for article)

Another tactic that we use is to troll a social media site in plain sight. Facebook and Twitter put a blue check mark next to verified people, companies and reps of something public. Sometimes what we do is hang out on a company's page and wait for a customer to complain, we then respond back on a profile with an official logo as the avatar and a name that sounds legit like "Ask ForHelp". We made professionally rude comments back to the customer and they are so livid that they go ballistic, report and share the comments to all of their friends and to their local news station or to the Better Business Bureau and then by the time someone realizes it was not the company responding, the damage is already done. Here are some examples that we did using Target when they removed the gender identifiers from their stores: 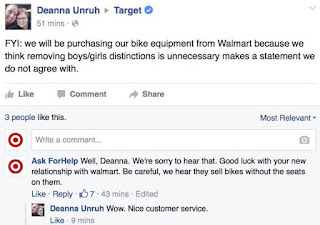 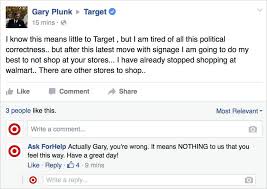 There are many tactics  that can be employed to take out the competition, you just have to possess the resources and the will to survive in this down turned new economy.

This article is the first in a series concerning Forbidden Knowledge..
reporting the dark and dirty underbelly of mankind's society.