Here we will apply scientific knowledge and administer it to some popular misconceptions that currently plague the paranormal world. Let us take action and restore some sensibility to the community once again and shake this reality TV mentality. It is our duty to educate the masses, but be forewarned, you can lead a horse to water but you cannot force him to drink it. We will start this off with mentioning the tools that many novice "ghost hunters" tend to gravitate towards due to their portrayal in popular paranormal and ghost hunting television shows.

CAN OUIJA BOARDS, LASER GRID PENS, GHOST BOXES, EMF DETECTORS REALLY CONTACT OR DETECT GHOSTS?
In short, no. Those mentioned tools were designed with specific scientific uses in mind and the Ouija Board is obviously a toy intended for entertainment purposes only.

THE OUIJA BOARD:
The most popular and main stay of the ghost hunter or psychic tools. It is claimed that using the board you can contact and summon ghosts or long dead relatives. What most people that experience a positive movement (assuming no one is intentionally moving the Ouija) with a board are experiencing is called the ideomotor effect, it is the influence of suggestion or expectation on involuntary and unconscious motor behavior. So if the participants using an Ouija Board are expecting for it to move due to a ghost intervening...then it will most likely occur. The board was a parlor trick and marketed as a game for many years. For more information concerning the Ouija board see our previous article at: http://allthingsweird88.blogspot.com/2015/01/ouija.html 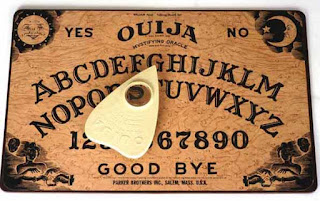 EMF (Electric and magnetic fields) DETECTOR:
A staple for the beginner ghost hunter and is sold in cookie cut ghost hunting kits, is an EMF meter. They feel that if they use one in a haunted location it will alert them when a ghost is present.

Some detectors have Magnetic, Electric, and Radio/microwave Detection All in One Package that feature Omni-directional electric and magnetic sensitivity. A Meter will measure EMF "pollution" from these "hot spots" in your home, office, or work environment so you can take steps for "prudent avoidance": poorly grounded wiring, microwave oven doors, dimmer switches, strong analog RF transmitters, automobiles, TV's & computers, and other electronic equipment.

The more expensive meters are for people that need them in the construction or related business, but there are cheaper ones that are marketed to unsuspecting ghost hunters and sold in kits.

High levels of EMF signals to an amateur ghost hunter translates to ghosts being present, but in real life the emissions are dangerous to people and long term exposure could lead to vertigo, headaches and other disorienting effects that could lead a homeowner to think that their house is haunted.

Check here for some health concerns related to EMFs: www.emfcenter.com/emffaqs.htm#B4.%20What%20are%20the%20health%20concerns 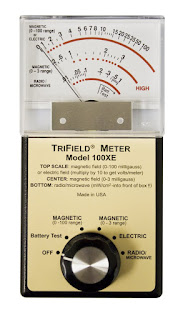 Using a standard EMF meter you can measure both AC electric and magnetic fields in a wide range of strengths, and you can measure RF radiation from a microwave. But you CANNOT measure RF from other common devices like wireless devices (phones, computer routers, mice and keyboards, baby monitors, etc.). For those devices, you need a specialty RF meter.

When in a location a spike in EMF levels are not necessarily proof positive that there is ghost activity, being too close to any electronic device that emits a signal can cause this. Some questions  that you may wish to ask yourself prior to jumping the gun when a spike in EMF signals are detected are: Is the microwave on, is there a cell phone in the room, is there an older TV on site? All of these can cause spikes in EMF signals.

The device fits into your hand like a gun, you squeeze the trigger and a laser beam (all the ones that I have used are red) comes out and hits at the surface aimed at and reports back the temperature it hit. Most guns measure in Celsius or Fahrenheit (Range: -32 to +380 C / -26 to +716 F)

There are many things in the common modern home that could change temperatures, there are obvious ones, like a window open, the heat/air is on, TVs, electronics, mirrors/glass, animals, fans and different surfaces have different textures that can possibly hold heat differently. 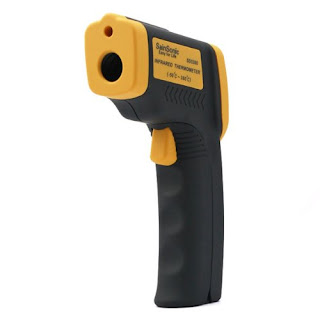 LASER GRID PEN:
Ghost hunters claim that if used in the dark and a ghost passes through the grid it will break it alerting you of their presence. In theory this actually would work since the laser is a light and anything with substance, mass or the ability to bend light would disrupt the beam.

Many of the amateurs only use these tools simply because they say them on their favor ghost hunting show on reality TV. They fail to recognize that these shows are strictly for entertainment purposes and are light on the science and heavy on stardom and commercialism.

REALITY SHOWS MISLEADING:
Too many of those involved in "Ghost Hunting" were inspired by the modern reality shows of the same topic. The viewers see how "exciting" the shows make it seem and how easy it is to obtain evidence with low end equipment. For the most part, the average person is using pseudo-scientific methods over the scientific approach. Again this is partly due in fact to the TV shows presenting misleading and false methods and accumulation of evidence for mere entertainment purposes.

When the amateur investigator "investigates" a location they usually enter the situation with a few preconceived notions (that the location is haunted) and go down the path of confirmation bias. This is, if they think a house is haunted they will only look for and pay attention to any evidence that is positive and ignore the negative evidence. Also known as "cherry picking" this confirmation bias produces misleading conclusions. Personal biases also affect the outcome due to the fact that the researcher will favor their own opinions and go stronger in an attempt to prove it. For an example, Orbs (usually dust) and E.V.P.s are favorites explanations of the beginner researchers to prove that a location is haunted.

ARE EVPs EVIDENCE OF GHOSTS?
EVPs (Electronic Voice Phenomena) are another venue of "evidence" that amateur ghost hunters look for when trying to prove there is a ghost at a location. They take an audio recording at a location and ask questions (towards the ghost), later on they listen to the recording and try to see if they hear any voices responding. Usually the audio is recorded on consumer grade low end equipment and also they usually fail to take proper safe guards to make sure there is clear audio and no interference or voices of other ghost hunters being picked up in the recording. 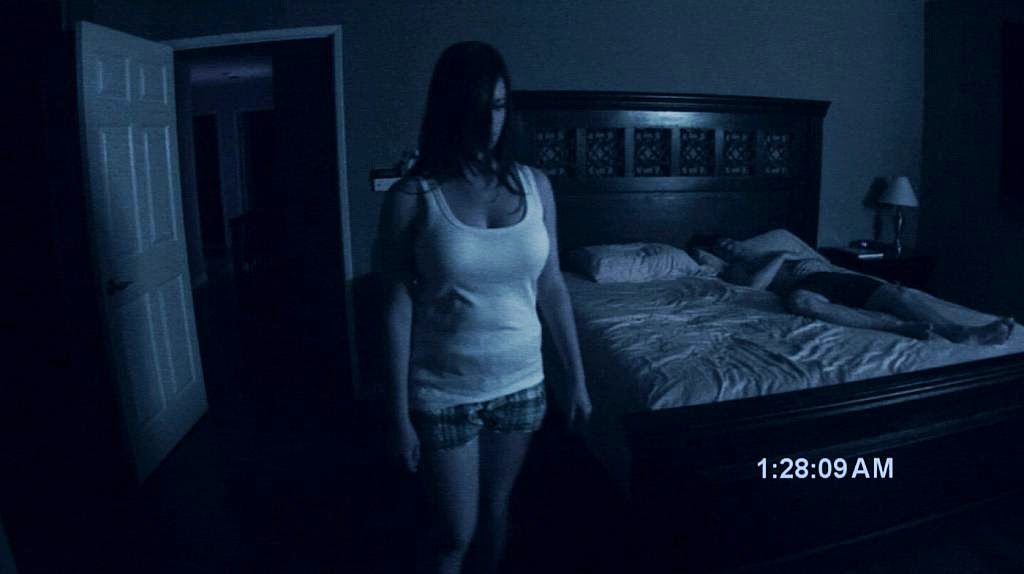 CHERRY PICKING EVIDENCE:
Many people that are not scientifically trained will call something that they cannot readily explain, paranormal. As with many things in life there is usually a logical explanation to everything that happens. But too many people are too quick to jump to conclusions and call an unknown occurrence paranormal if they cannot readily identify the cause. With proper research and asking questions to people that may hold the answers usually will explain what was happening. If a person is primed with the info that they are at a haunted location then they will cherry pick all positive finds, ignoring the negative and interpret them as a ghost at the location. They will attempt to use the exact same tools and visit the same locations  that were featured in a TV show and add nothing in the way of investigating allowing the show's results to influence their own "research" method. 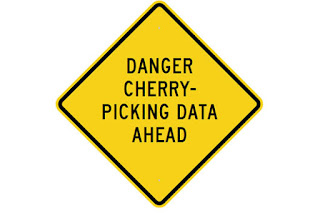 Some watch a TV show or read a website and instantly become "masters of science" and feel that they can take common electronics or items marketed to amateur ghost hunters, go out into the field and find evidence of ghosts. This comes down to a misunderstanding of how the equipment operates and also of how science works. For an example some may use an E.M.F (Electro-Magnetic Field Meter) to see if there is ghostly activity, but it is flawed right off the bat when they are carrying other pieces of equipment that put off EMF signals such as cameras and other common electronic items in a house or building. 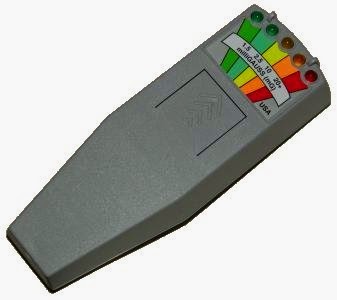 Others use thermal imagers or laser heat detectors and think that a change in temperature is the sign of a ghostly specter, not taking into account drafty windows, air conditioning, warm electrical equipment and other items in a location that could alter temperature. Laser grid pens have been renamed Ghost Laser Grid Pens and claim that if aimed in a dark room it will detect the presence of a ghost if one of the grids becomes broken. Many people are misled by these TV shows and popular movies portraying ghosts, not realizing that they are strictly for entertainment and usually not based in science. 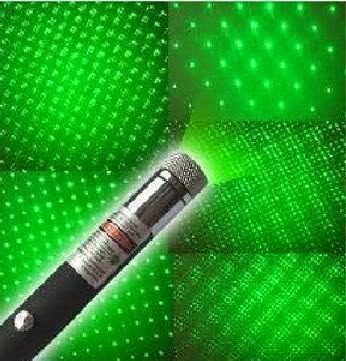 Skeptic: a person who questions the validity or authenticity of something purporting to be factual.
Some people misinterpret what a skeptic is. A number of times they do not understand the role and either loathe it or overcompensate and attempt to disprove EVERYTHING.

But being a skeptic does not mean that you HAVE to or are obligated to disprove a claim. It just means that you will not take something at face value and will investigate the evidence and try to duplicate it to confirm/disprove the claim. Alternate explanations should also be explored and applied, remember the scientific method:

The Scientific Method procedure is complex and can take a great deal of time to execute properly.  The burden of proof is placed on the person that made the claim. Being a skeptic and debunking claims does not automatically qualify you as a scientist or that you are being scientific as with believing all evidence with faith.

RESEARCH
Find out about the topic

HYPOTHESIS
Predict the outcome to the problem

EXPERIMENT
Develop a procedure to test the hypothesis

ANALYSIS
Record the results of the experiment

CONCLUSION
Compare the hypothesis to the experiments conclusion

GHOST HUNTING AT NIGHT:
There is an odd mindset among ghost hunters that ghosts only come out at night when it is dark out..or that ghosts hang out in dark basements, graveyards or other places that people collectively find creepy. But think about it, a ghost, who in theory, is a deceased person, would they prefer to hang out in the comfy living room or a dank basement? This is just a play of a natural fear that humans have, the dark and the unknown. You cannot see in the dark and it masks whatever may be there.
But investigating in the dark will distort your perceptions and if you are recording with a (video/digital) camera, will impede results despite the fact that it may have night vision. 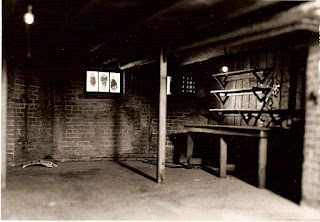 MEMORY:
Some investigators fool themselves and take the word and the memory recollections of the witnesses that they interview as reliable or foolproof. 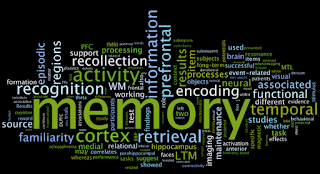 There have been many studies conducted over the years that indicates that human memory is not perfect, it is not an exact copy of what actually happened, memory can be corroded, decayed and influenced by time, perception and interpretation. When fight or flight response kicks in it can really distort realty for the person witnessing the event.


(Chris Chaos is a long time resident of South Jersey who once again resides in and writes from Gloucester City, New Jersey. He is a filmmaker, a business owner, writer, urban explorer and investigator of the odd and weird, a proud parent, happily taken and a connoisseur of hot wings. Chris can be reached at AxisVideo@aol.com)
Posted by Chris Chaos at 7:00 AM