What is this Strange Creature? 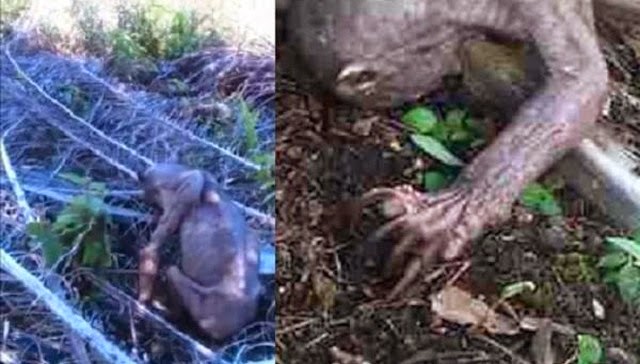 A strange creature turned up in Malaysia and has been making the rounds in various Paranormal and Cryptozoology groups across the internet the last few weeks. Many wild claims have been made as to what this creature actually is. But applying a little due diligence, common sense and the appropriate amount of skepticism we can get to the bottom of the identity of this creature. 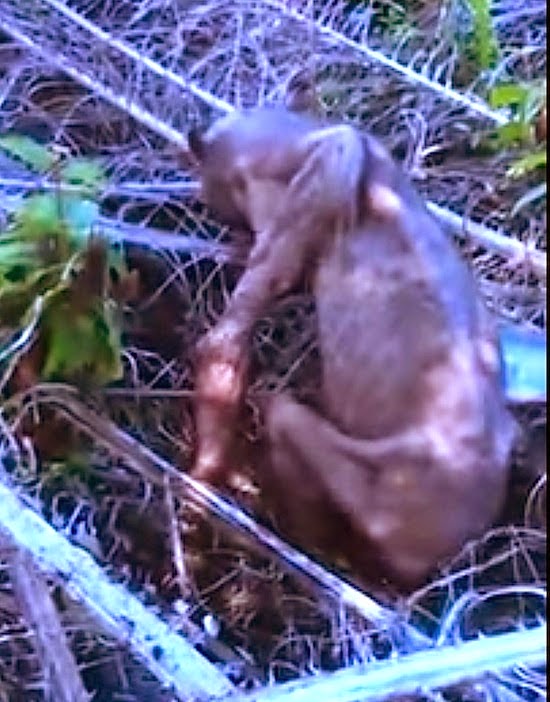 Here is the video of the animal slowly crawling away from the workers after they beat it, claiming it attacked them:
https://www.youtube.com/watch?v=PXXLWboLufM (Video uploaded by AGEN 007 on youtube) 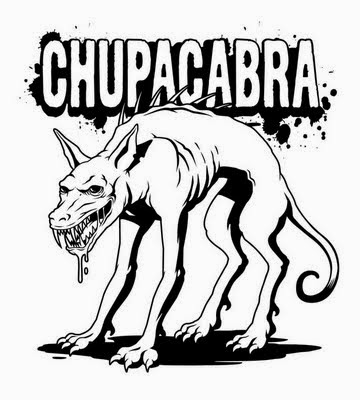 Some are actually comparing it to the character from Lords of the Ring, Smeagol/Gollum and others quickly jumped in and claimed it was the Chupacabra. 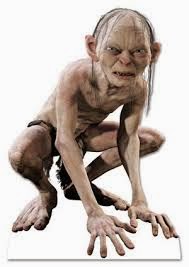 Australian 9 News reported:
“The unusual animal that looks like a tailless dog crossbred with a monkey was caught on camera by a group of Indonesian workers last Friday. One of the group who saw the beast said workers were shocked when the animal launched itself at them.”

The workers claimed that this creature lunged at them from the jungle, the workers then proceeded to beat the animal and then started filming it.

From the Gralien Report:
http://www.gralienreport.com/cryptozoology/dog-like-beast-causes-controversy-in-malaysia/

Micah Hanks of The Gralien Report had this to say, "it appears obvious that this footage shows nothing more than animal abuse, and the Malaysian workers who filmed it may have been genuinely curious or frightened by what they have seen (and filmed), the animal appears to be in no condition to have presented a threat to them. This is far more than just a novelty or "weird news" item....it raises questions about ethics, and deplorable treatment of wildlife." 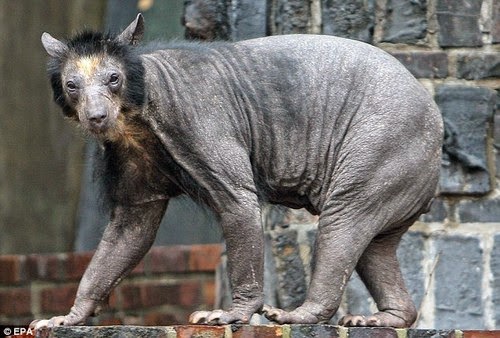 Now onto another strange "beast" that has been circulating the internet the last few weeks. The "creature" in this picture is actually a bear namedDelores from a German zoo. Some stated that it was a werewolf, the Chupacabra or far worse, but it is just a Sun Bear with a skin disease from Germany. Possibly a bad diet is the cause of the hair loss. Turns out the bear is actually a Sun Bear (http://en.wikipedia.org/wiki/Sun_bear) 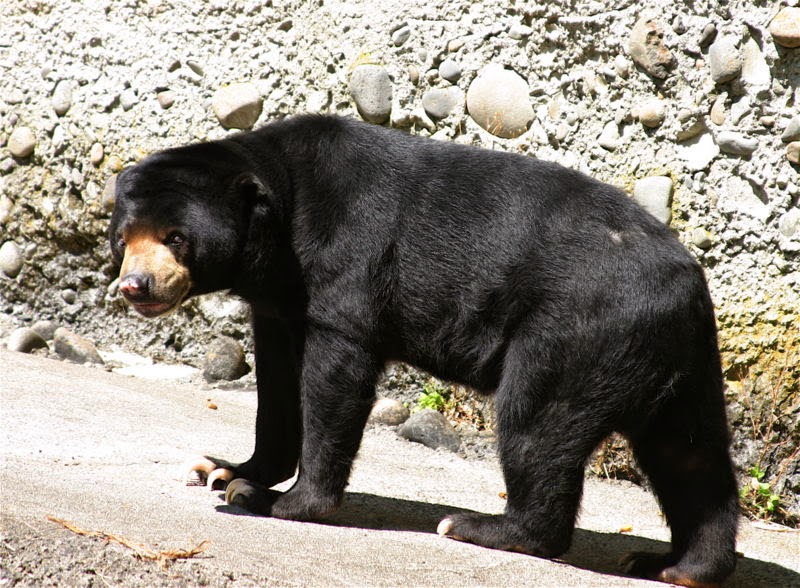 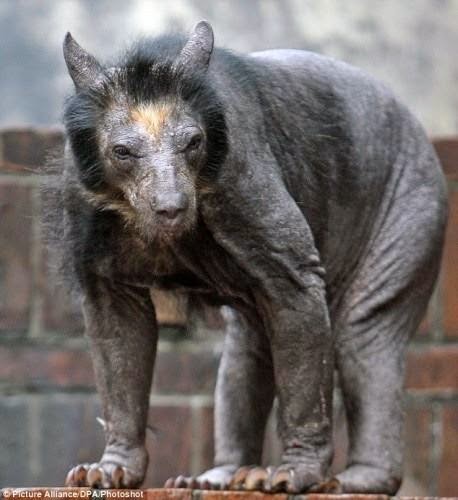 Image of a shaved bear
http://imgur.com/gallery/EqDGT

From the Likes.com website:  "Yikes! Bears are usually ferocious and scary at the best of times when stumbled upon in the wild, so you can imagine the shock and horror of finding this freaky-looking female bear! We hate to admit it, but under all that fur is something that ain't so pretty...Luckily, this bear is currently living in a German zoo, so you're not going to run into her in the wild anytime soon. But why is she bald, you ask? Experts have been baffled by a case of the bears at this German zoo all losing their hair. Somebody get these bears some fresh fruit and vegetables, because experts believe the bears are lacking in nutrition, hence the unsightly baldness!"
(SOURCE: http://likes.com/comedy/do-you-recognize-these-animals-without-hair) 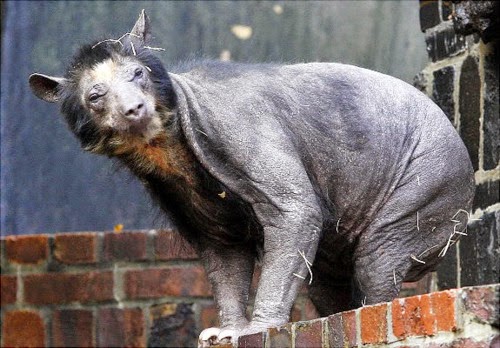 Usually when something presents itself as extremely odd or perplexing, there is almost always a rational explanation once you do your homework.