On the internet there are many photos/videos of unexplained ghosts, U.F.O.s, beasts and odd occurrences that were captured from people around the world. This collection consists of legitimate, obviously faked or unknown subjects captured and immortalized on video or within a photograph. Currently, with the low cost of computers, software, video cameras and photographic cameras available to the masses, there has been an explosion of intentionally faked videos and photos appearing on the internet. It is very simple for an intermediate computer user to successfully produce a somewhat convincing ghost photo to the untrained eye. For an example, some people such as Rick Dyer, claim to have killed and possessed Bigfoot's body outside San Antonio in September of 2012. 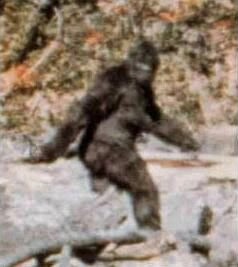 Still of "Bigfoot" from the Patterson-Gimlin film


Over the years there have been many hucksters claiming to have photographic, video or physical evidence of Bigfoot, the Jersey Devil, ghosts, UFOs and various other spooks and specters. Ranging from video, photos, footprints, sound recordings and tufts of hair, these claims have not been in short supply. In the past, someone even painted a kangaroo green and tried to pass it off as The Jersey Devil and we all know of the famous Bigfoot video of the Patterson-Gimlin film.  (www.youtube.com/watch?v=OBTUQI60yqQ)

Then there have been dogs, coyotes or other members of the canine family that may have been shaved, mutilated or suffered from mange, that people pass off as the Chucacabra. Some public presentations of cryptids, ghosts and the unknowns may be out of greed, the seeking of fame, an intentional mislead, mistake or sheer ignorance. A perfect example of sheer ignorance would be when we (Axis Video/Pine Barren Films) were filming the documentary, "The Search for the Jersey Devil", we stopped at a farm stand that claimed to have the skull of the Jersey Devil. It was interesting to say the least, but in all reality, if someone that had a little knowledge and experience with anatomy and wild life, they would see that in fact this object was not a skull at all and would have given a proper explanation as to what the man at the farm stand actually was holding. The bone turned out to be a synsacrum from a bird, most likely a crane. (http://allthingsweird88.blogspot.com/2015/11/the-jersey-devils-skull.html) 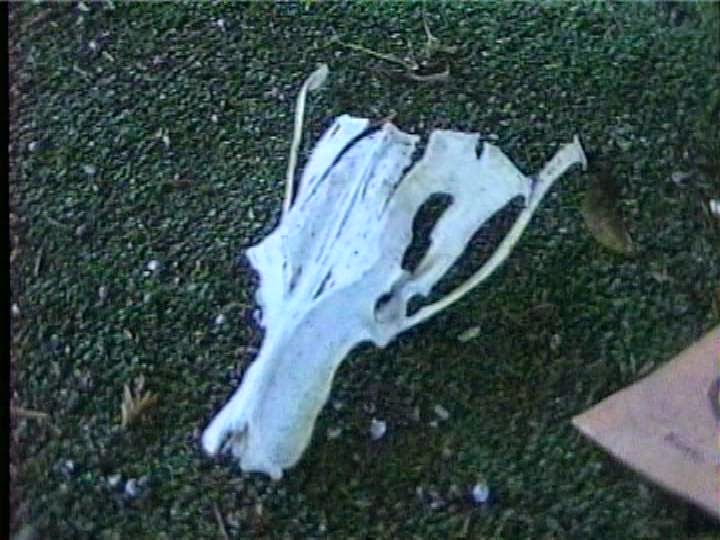 Other examples are faked gaffes, intended to fool the viewers into thinking that a beast has been captured, an example is the gaffe in this photo that was passed off as the Jersey Devil. 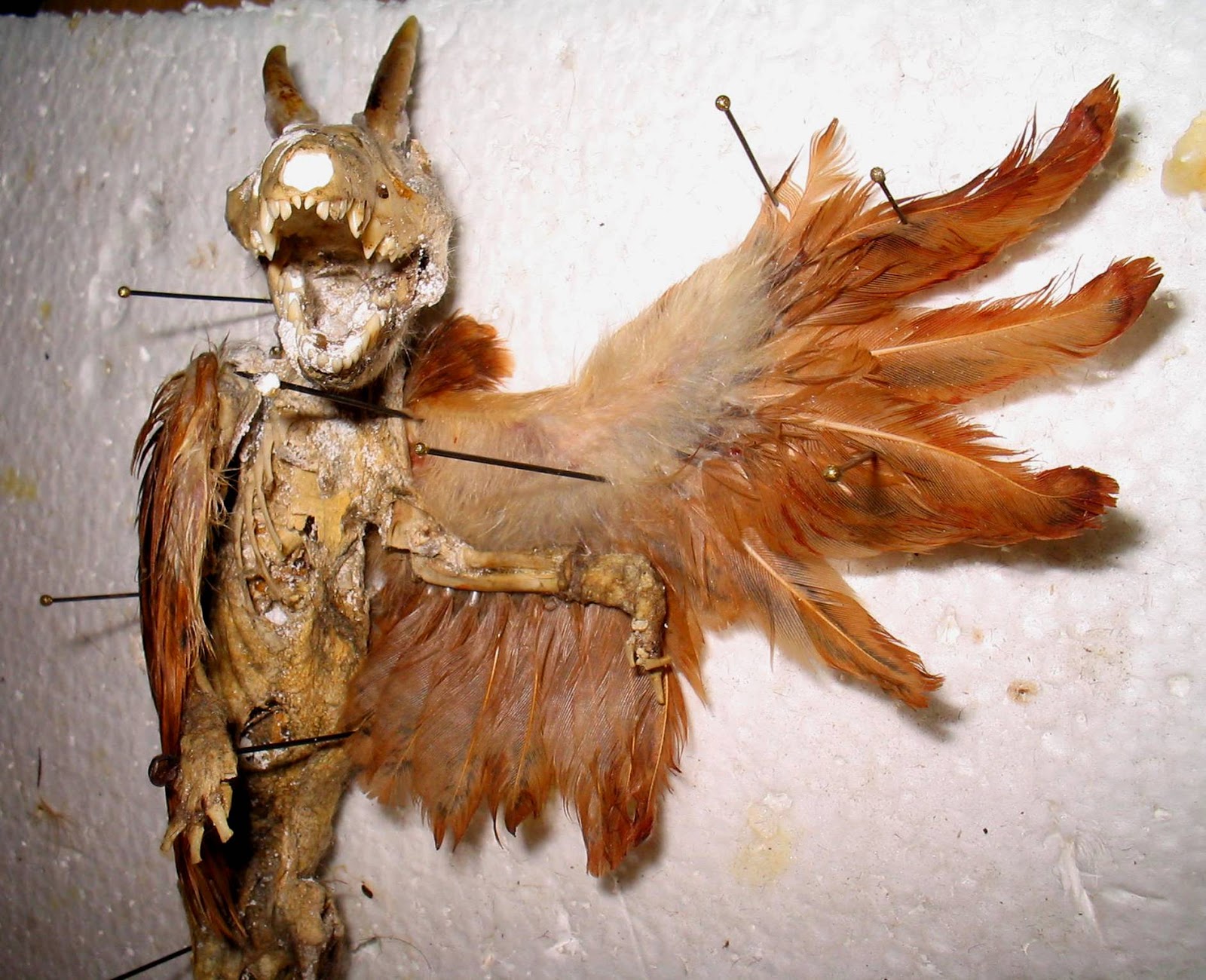 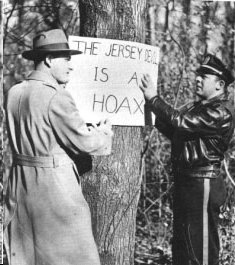 "The Jersey Devil is a Hoax" Sergeant Pozielli and Chief Sylvestro put up a sign to discourage gawkers (Courtesy of the Rutgers University Library, William Augustine)


G.W. Green of Salem, actually came forward and admitted that during the 1960's he created some of the tracks that people were finding and attributing to the Jersey Devil (McCloy, 1976).

Watson Buck, an antiquarian of Rancocas had this to say concerning Norman Jefferies, "When the hysteria built up, that was Jefferies' golden opportunity to cash in on the hoax. He went up to New York state, rented a large kangaroo from a friend, brought it to Philadelphia, and painted green stripes on it. The kangaroo licked its stripes and like to died. Then he tried another paint, which the kangaroo accepted, and he made a set of false wings, which the kangaroo promptly demolished. So he made another set out of thin bronze this time, and covered it with rabbit fur....." (McCloy, 1976, p 80)

Watson went on to say, "I am over 80, but I remember as if it was yesterday the night a mysterious creature appeared right outside my window. It was a cold, snowy night in the winter of 1909. I was sleeping in a little bungalow in Masonville. Suddenly something outside the place woke me up. The thing stopped at the window and if I could have only pulled the curtain back I could have seen it. But I was too sleepy. The next morning I went outside and there they were-tracks in the snow at my window and all around my house, tracks of a four-footed animal. I've been doing research on the Jersey Devil for over 60 years now, and those tracks are still a mystery. Behind every tradition, you know, there's something real." 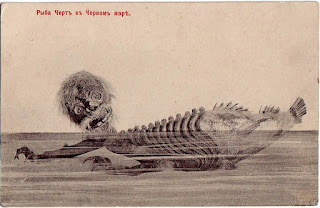 The Feejee/Fiji Mermaid was another popular side show attraction that was determined to be a hoax.

The next is a photo of what the news report stated was the Jersey Devil in a person's backyard.
In the summer of 2013 there were news reports (and a photo!!) that supported that the Jersey Devil did exist. The photo made its rounds all over the internet, along with much speculation on what was depicted. It is curious to note that the animal in the photo does not have wings as many popular renditions of the Jersey Devil portray him as possessing. Also this animal does not have cloven hooves as many eyewitnesses reported. That aside, to the casual photo gazer, the creature in this photo can appear pretty misleading. 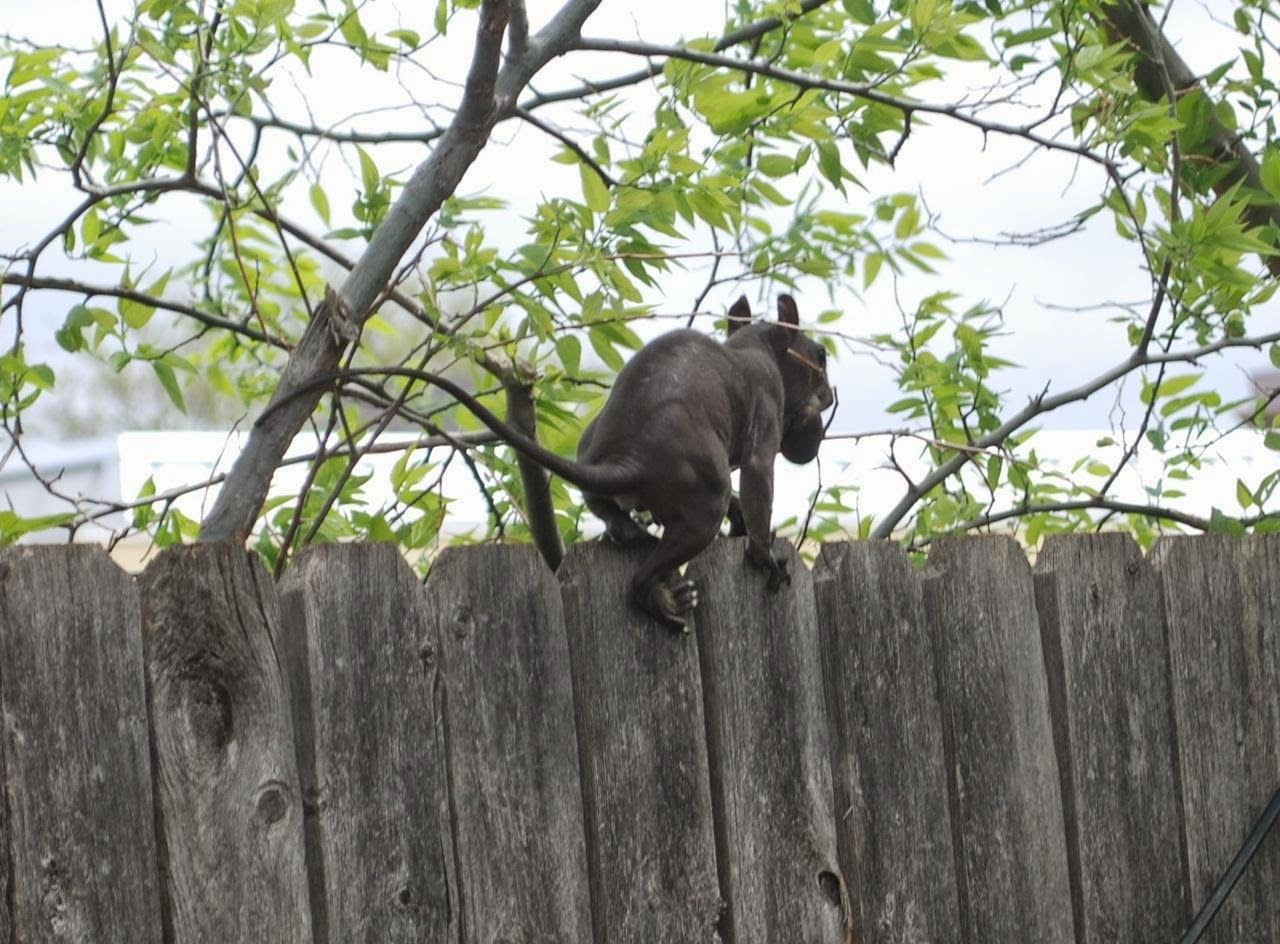 A few months later, another photo taken at the same location and of the same creature surfaced, but from an alternative angle, surfaced. 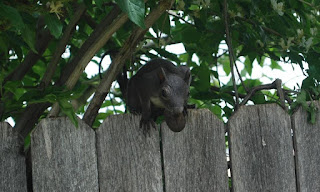 The above photo clearly showed what the creature was...a hairless squirrel. Now this was either a hairless squirrel or one that suffered from mange or rabies (due to it lacking hair). But you could clearly see that it was a squirrel and not the Jersey Devil.

In addition, there were many things wrong with this story in relation to the Jersey Devil, it came to light that the photo was taken in Oklahoma and not in New Jersey as originally reported. Second, the creature in the photo bared NO resemblance to the Jersey Devil, as having no wings, no cloven hooves and was too tiny in structure stature. As a side note, the photo in question was also making the rounds as proof of the Chupacabra.

As mentioned above, technology has made it increasingly easy to fake evidence. There are even apps for your Android or I-Phone that you can edit ghosts into your existing photos. Anyone with a computer and a little bit of photo editing skill can easily make a somewhat convincing ghost photo. Prime example is as follows:

The first photo is the original, an early photo of a little girl standing next to a chair: 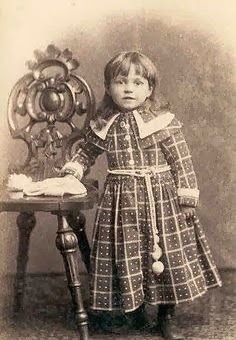 The second photo has been edited, the background was cropped out, the colors altered, the image blurred and ran through various filters: 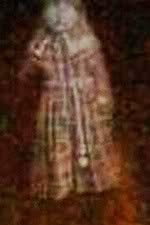 The third photo was also manipulated by being cropped, grey scaled/black and white effect added, a soft filter applied and her eyes removed: 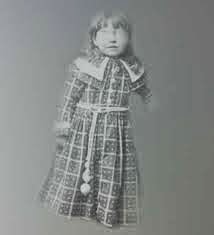 Now if these altered images were added into a modern photo backdrop and properly blended in, they could be convincing to the untrained mind or a believer looking for confirmation and evidence that ghosts do exist. 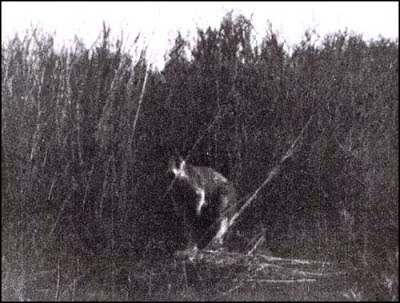 One of the famed ghost kangaroos

CONFIRMATION BIAS is when a person has the tendency to interpret new evidence as confirmation of one's existing beliefs or theories.
For the viewer of videos/photos that are presented on the internet, the individual goes to a site with the assumption that they will find evidence that their creature of choice DOES exist. For an example, when a believer in aliens and UFOs sees something unexplainable they automatically assume that it IS an alien or a UFO. They look for clues that confirm their own biases and discount any evidence that contradicts their assumptions, in effect, cherry picking their information. The same examples exist for a "ghost hunter", they hear stories that a location is haunted, go to investigate and collect "evidence" that is unexplainable to them and conclude that the location is haunted, all the while ignoring any collected negative or absent evidence. 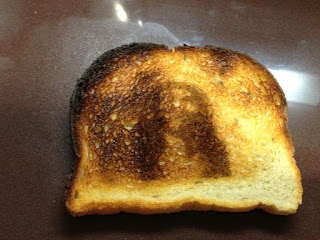 Another example is "Jesus in the toast". A religious person will see a random pattern in burnt toast that resembles Jesus, other people might see Charles Manson and even more might see a slight resemblance to a human face and call it pareidolia. Canine with mange, passed off as the Chucacabra

For more information:
Cursed: An Explanation of the Unknown

(Chris Chaos is a long time resident of South Jersey who once again resides in and writes from Gloucester City, New Jersey.  He is a filmmaker, a business owner, writer, urban explorer and investigator of the odd and weird, has a black cat named Jynx, four rats: Phantom the Dumbo Rat, Abbey the Albino, Hopping Heather and Climbing Carol, a proud parent, happily taken and a connoisseur of hot wings. Chris can be reached at AxisVideo@aol.com)
Posted by Chris Chaos at 9:48 AM