"You always pass failure on your way to success." Mickey Rooney

Over the span of many years my various careers and interaction with a very diverse cross section of society, my experiences have led me to become acquainted with many different types of people. The ones that we shall speak of here are successful and unsuccessful individuals. This list is of course not all encompassing nor a end all exhaustive list, but it does include the major traits that the people possess that cumulatively lead a person to either become successful or unsuccessful.

Usually a successful person will make mistakes and take it as a learning experience. Everyone makes mistakes but there is a sharp contrast in how a person recovers from these mistakes and the frequency that they repeat the same mistakes over and over. Unsuccessful people will make a mistake and then promptly find an excuse or another person to blame it on. For the unsuccessful person when something goes wrong it is in their very nature to find a scapegoat to avoid making themselves appear responsible.

A successful individual wants others to succeed, they wish for the same fortune to become attributed to others. An unsuccessful person wants others to fail, misery loves company. These are the ones that make snarky and stabbing remarks on your social media page after you post about your achievements, they are the ones that bad mouth you around the water cooler and make up cruel rumors in an attempt to make them feel good about themselves. 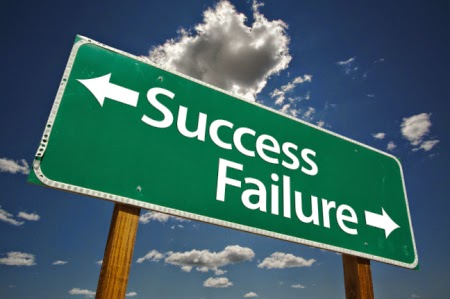 A successful person reads everyday about the topics they are interested in, will educate them or further their lot in life. The unsuccessful person watches TV or plays video games everyday. These acts are time wasters and in no way contribute to anything positive in your life. Empty activities producing temporary and fleeting joy.

A successful person set goals and develop life plans. An unsuccessful person is not really sure of what they want to be or may, but sets their goals unreasonably high with no intentions of bettering themselves and then sets themselves up for the hard crash when these goals are not attainable. Then of course they find a good scapegoat and cry "WHOAS ME WHAOS ME"

Below is a narrowed down list of some of the top traits that various people possess:

"Winners are not afraid of losing. But losers are. Failure is of the process of success. People who avoid failure also avoid success." Robert Kiyosaki