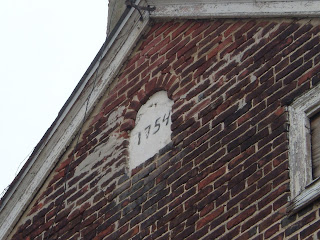 This location has been shrouded in mystery despite it's history being well documented by historians. It is located on Rancocas Road in Westampton, New Jersey, right off of exit 45 near 295, but for years it had the infamous name of "The 1754 Mount Holly Farmhouse Massacre", but of course it resides in Westhampton and not Mount Holly. Some say this was to fool and mislead vandals and teens away from the location so they do not turn it into a party spot and further destroy this historical landmark. 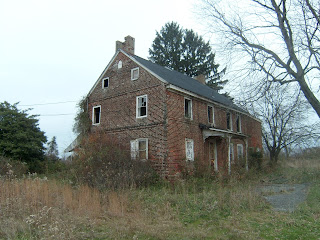 The location was on the 1681 Woolman tract and was built in 1754 by Asher Woolman, the younger brother of Quaker abolitionist John Woolman. It has not been confirmed, but according to locals they state that the last farmer to reside here was Ed Friend. 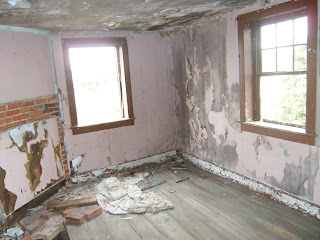 Interior view of one of the bedrooms

According to the Courier Post article by Carol Comegno dated July 6, 2014:
"The Asher Woolman farmhouse was the only tri-county site listed in this year's (2014) annual Preservation New Jersey endangered list. 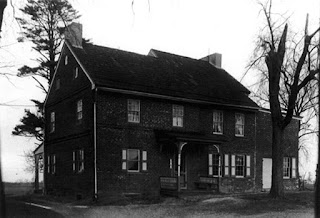 "Our goal is to bring awareness to cherished sites that have been a vital part of a community that, without intervention, would fade from existence," said PNJ President Michael Hanrahan.

The Woolman site, vacant since the 1970s, is owned by a real estate developer who declined to sell it years ago to the Rancocas Historical Society. Now the building is enveloped by vegetation; its windows are broken and its roof leaks.

The house, on a hill surrounded by fields along a I-295 ramp at Rancocas Road, replaced an earlier Woolman home built in 1754. A dated stone commemorating the earlier house was incorporated into the present structure. 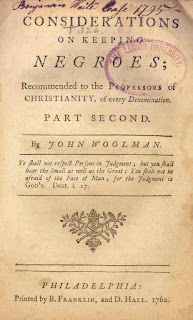 Asher's brother, John, was an influential Quaker preacher and antislavery advocate in Burlington County. "The plight of the Asher Woolman homestead is a reminder that many absentee owners allow valuable historic properties in New Jersey to deteriorate," Hanrahan said."


A video concerning the farmhouse 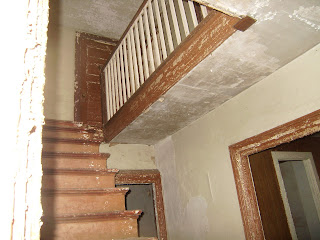 The legend and lore portion of this location is as follows: Many years ago a family lived here at this location. One of the children was mentally deficient and was the bane of the area. Then one day when the disturbed youth was a teen, he snapped pre-Columbine style and bludgeoned his family to death. He even took his infant brother and bashed him against the bricks of the chimney. When the townsfolk discovered what he had done they ransacked the house and beat the teen to death in the backyard. Legend has it that the ghosts of this family still haunt the grounds. 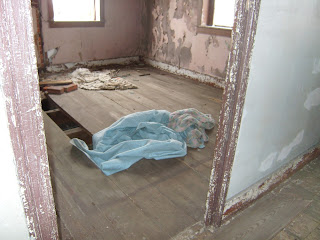 We traveled to this location on two separate occasions and acquired video and photos to document the house before it falls into decay and Nature reclaims it. The house apparently has been used by squatters over the winter since we found some blankets, bottles, trash and other artifacts to indicate this. While venturing through the house I was unsure if we were alone and I had the feeling that behind one of the doors awaited a homeless person or a junkie. We carefully proceeded to enter all the rooms and even venturing into the dirty, dark, dank basement proved that we were alone. Maybe it was the disturbed spirits of the family that lived here all those years ago? 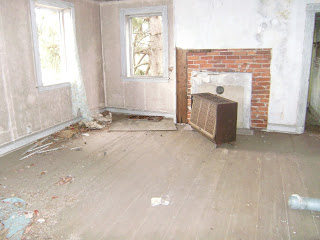 Despite all the stories that center around this location, our end conclusion is that we did not come across any ghosts, we didn’t hear any screams nor did we acquire any EVPs; also all the photos were free from orbs. 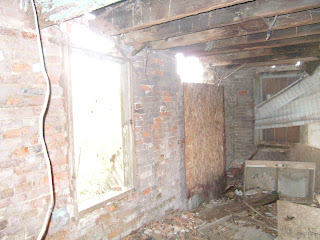