It was pre-summer of 2013 and we wanted to get another buddy, a cat to add to our family of misfits. The previous year we got our 1st buddy, a Panda Bear hamster by the name of Wheeler. He is a fine furry little meatball and acquired his name for his love of running on his wheel.

(Update: As of the time since the original writing of this article I regret to inform you that Wheeler passed in January)
A video tribute for Wheeler: WHEELER 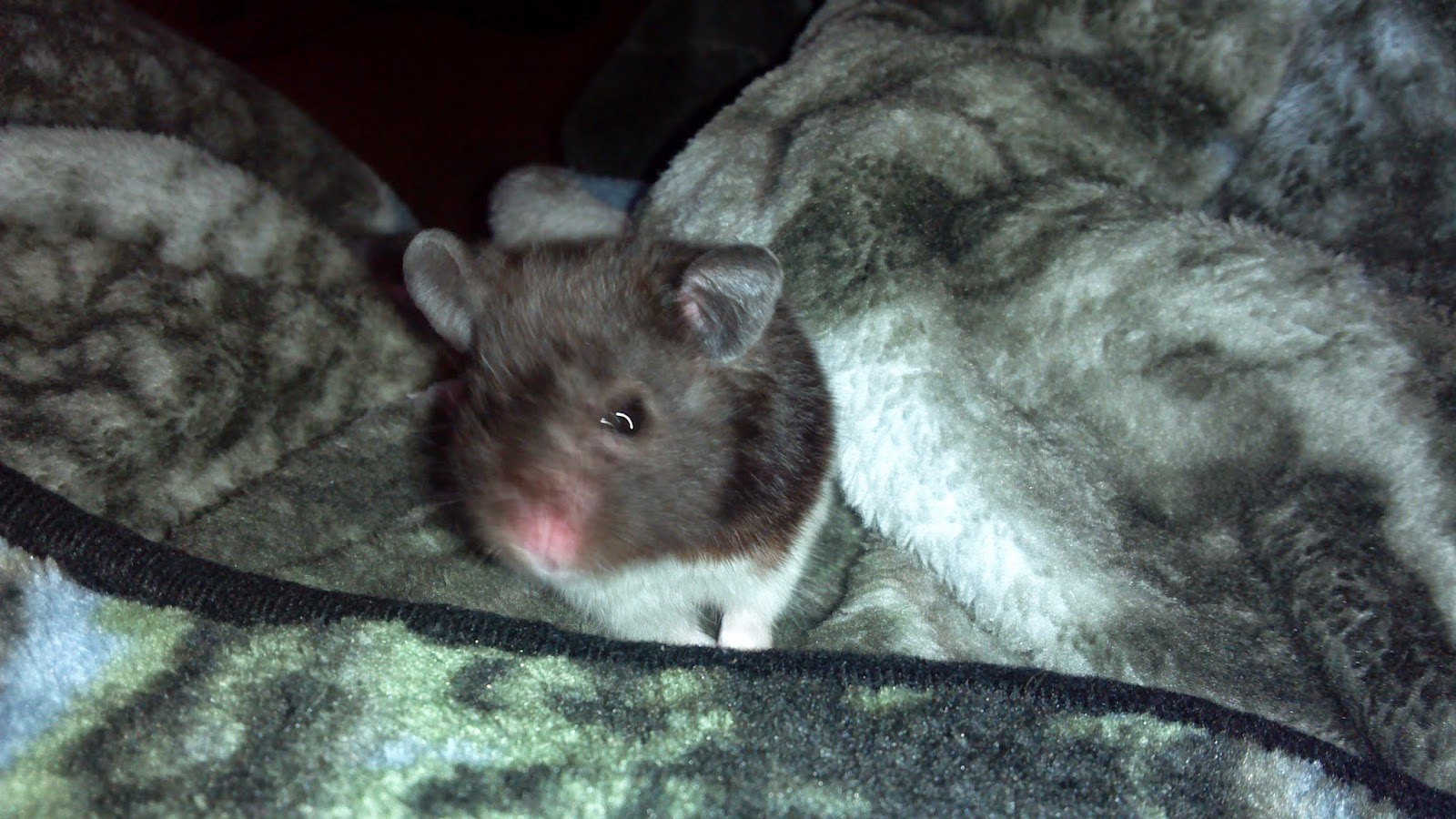 We came to the conclusion on having to get a  cat and not a dog because our lifestyle and work schedule would not permit the proper care and attention needed for a dog. A cat is sort of self sufficient as long as you feed, water and change the box and can be left alone for hours on end as opposed to a dog. 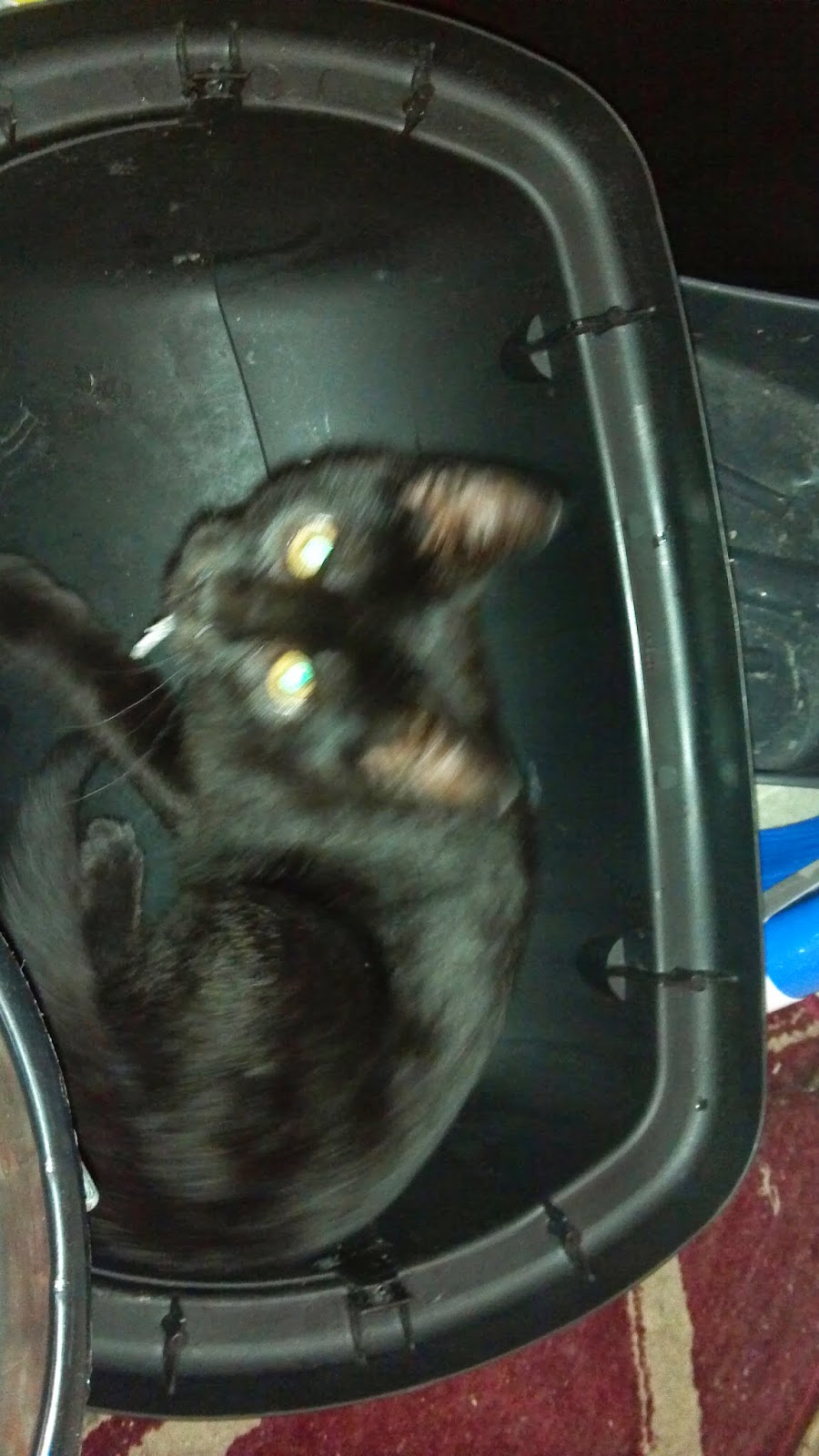 We looked all over the internet at locations in our area that supplied cats and decided against the cat mills and stores that "sold" cats considering ethical reasons. So we decided on our local no kill shelter due to having an abundance of love for animals and an abundance of..... animals. 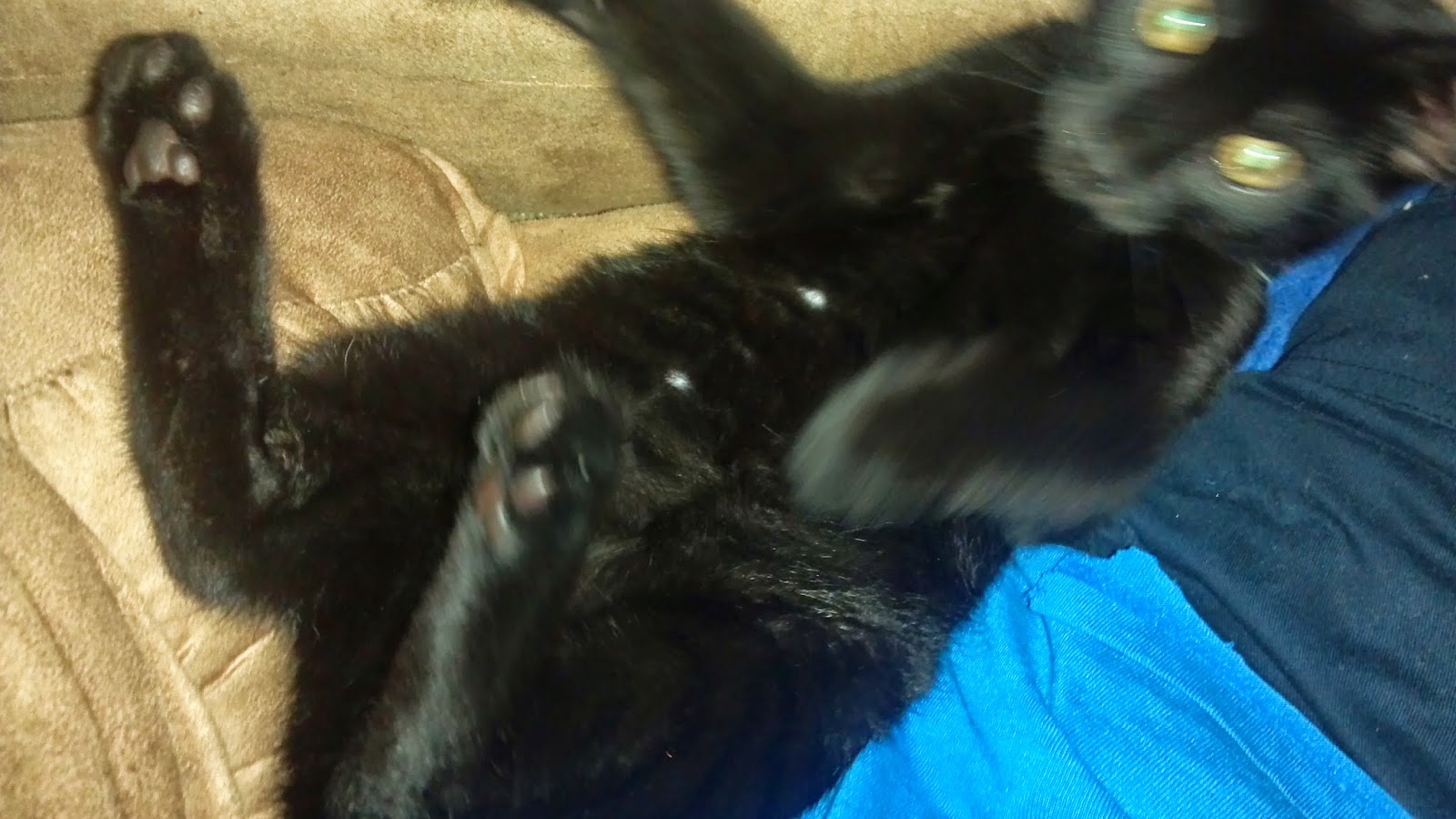 Visiting the The Animal Orphanage (http://www.theanimalorphanage.org/) in Voorhees, New Jersey, I did not have a preference for a type of cat, just as long as he/she was cool and loving. Chrissy was looking for a white cat, but there were none in the shelter when we went. We spent about 2 hours in the cat cage and tried to spend a few minutes with each cat to see which one was a good fit for us. Many of the cats were scared and hid from us, so this narrowed the field down a bit. We reduced our selection down to 3 cats, the 1st one was a huge black cat but was 13 years old. This cat was VERY friendly but we wanted a younger cat that could grow with our family. The 2nd was a striped cat that was in a cage with a fellow striped cat and 2 other black cats. The striped cat was pretty cool but was very typical. I wanted a buddy that was kind of unique and stood out. Then a black cat in the same cage seemed very friendly, so we were playing with him for a bit and then I thought about how excellent this young black kitten would fit in with out horror theme back at home. He just had to be the next addition to our family. 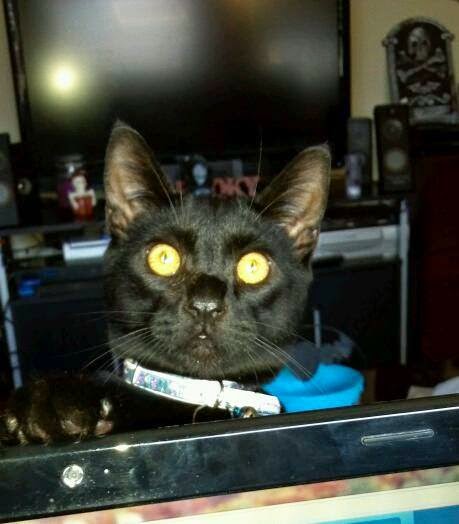 We talked to the caregiver at the orphanage and they stated that black cats (and dogs) were the least likely to be adopted due to the negative stories associated with them. So armed with that info we talked it over and spent more time with all the other cats and then quickly decided that the young black kitten was the one that we wanted. He fitted in with so much that we had already. "Leonard" was the name he had and he was thought to be about 2-3 months old. So we made our choice, Leonard was to be ours, but we would just HAVE to change his name. We filled out the paperwork, played with "Leonard" one last time, took a few photos, then left and hoped we would be approved to adopt him.

The next day we received the call and they told us that we were approved and that we could pick up "Leonard" at our convenience. So we went to the local pet store and purchased all we needed and headed up to finalize everything for the adoption. Ironically, we went in for a white cat and left with a black cat. 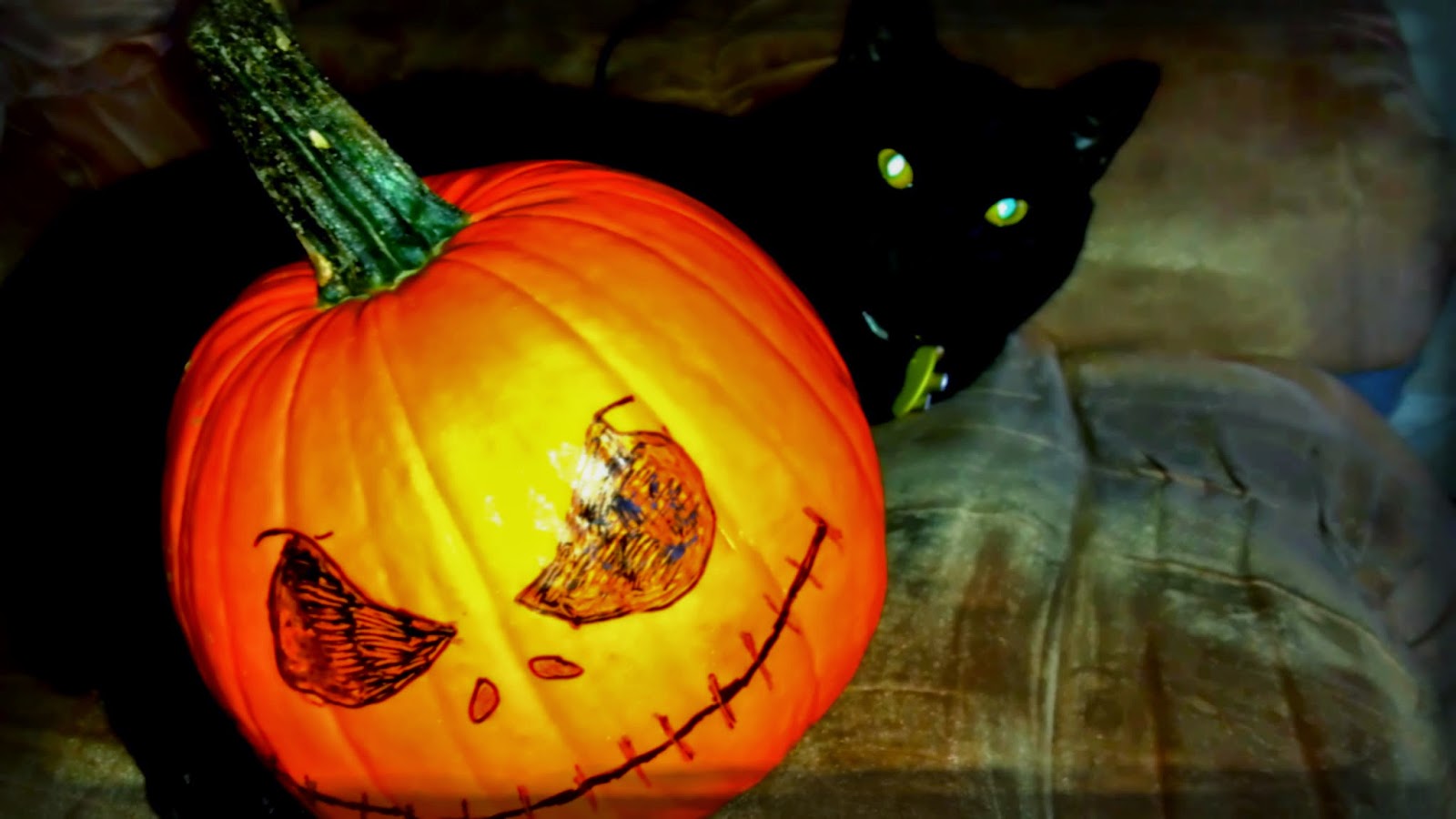 Once we got him home we ran through several names but none of them fit him. But after 2 or so days of living with "Leonard" we decided on the perfect name for him, "Jynx". Now well over a year later we had all the time in the world to fall in love with him and become a family together.

He terrorizes and tortures us, as all cats do to their servants, but after a long day at work it is always refreshing to come home and have him run up to us, as the door opens and rub on our ankles, "Welcome home guys!" Jynx. 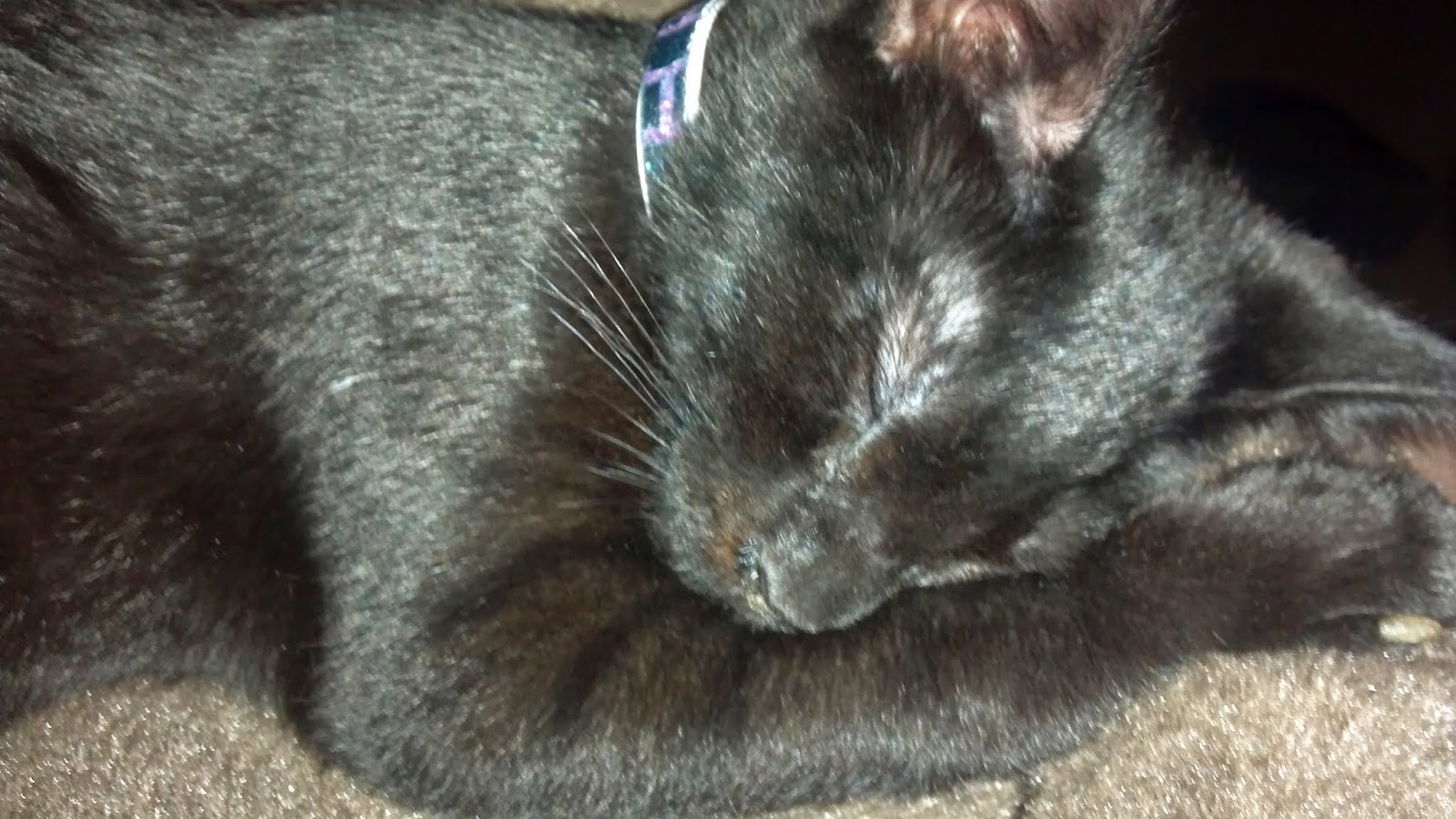 He loves to steal our seats when we vacate them, chew on my shoe laces as I try to tie them, use the catbox as we try to eat, fart on our pillows, bites us when we dare to venture past his petting limit and step on our faces as we try to sleep, he may be an asshole, but he is our asshole. 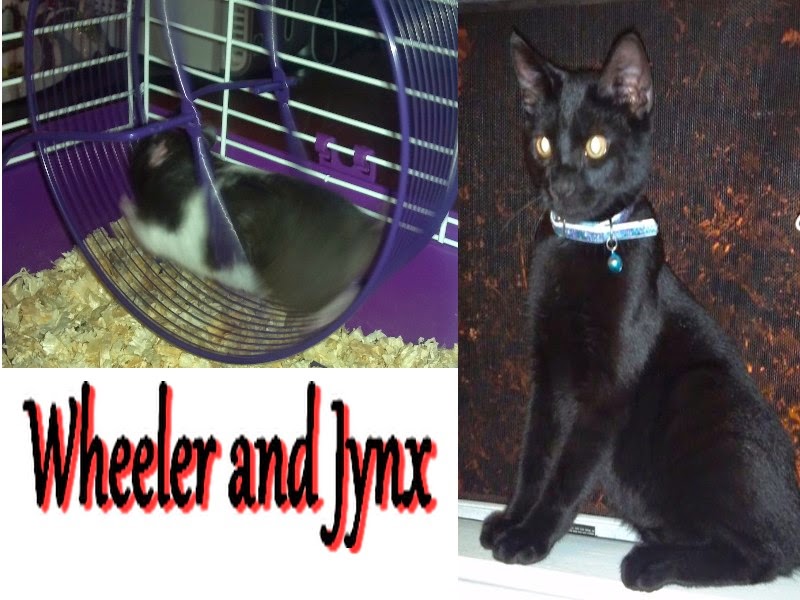 (Chris Chaos is a long time resident of South Jersey who once again resides in and writes from Gloucester City, New Jersey. He is a filmmaker, a business owner, writer, urban explorer and investigator of the odd and weird, a proud parent, happily taken and a connoisseur of hot wings. Chris can be reached at AxisVideo@aol.com)
Posted by Chris Chaos at 10:02 AM