Here we bring you an interview with the band OVERDOZE, whom played a show at the Black Mass that was held in the civic center in Oklahoma City 09/21/2014. They are based out of Oklahoma City, OK and are considered Punk / Speed Metal / Crossover Thrash.

ABOUT:
We are an aggressive, live wire, beer drinking MTHFKRS that combine the power of 80s metal with the energy of 80s punk. Our influences are largely based on Bay Area Thrash Metal, Teutonic Thrash Metal, NWOBHM, Hardcore Punk, Crust Punk, 70s Progressive/Psyhedelic Rock, and Speed metal! We believe in the gods of rock and roll and we aim to bring back the animation and explosiveness that made the 70s and 80s the greatest musical eras!! WE MAKE THE MUSIC THAT MAKES YOU WANT TO FUCK SHIT UP! 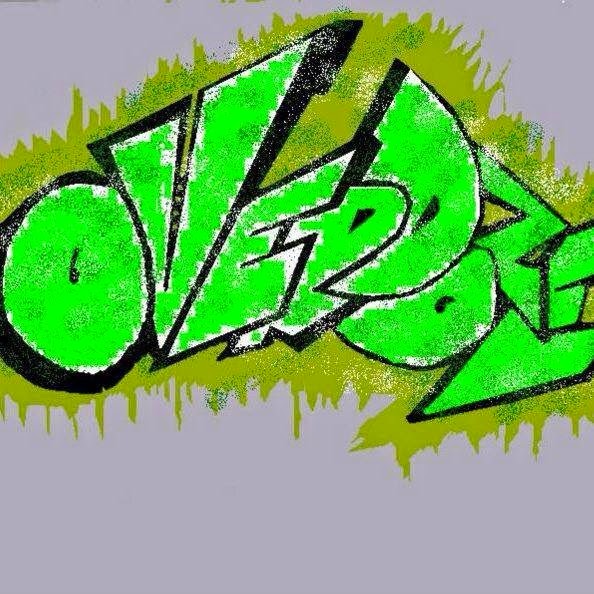 CRISTIAN:
Hi this is Cristian, founder, leader, bassist and vocalist for Overdoze, it would be my pleasure to answer some questions about the black mass that was held in the civic center in Oklahoma City 09/21/2014.

CHRIS CHAOS:
What religion/philosophy do you consider yourself a part of?

CRISTIAN:
Religion wise I can't really say I like to believe that I might still be catholic, but thanks to history and this scientific world that we live in, kind of contradicts the whole idea of ' one god'. More or less I'm just a free spirit, we do what and get away with it most of the time. You know just don't mess with us and we will leave you alone and I can honestly say that I'm vouching for Ernie ( lead guitarist) and my brother eric ( the drummer). We love
to drink.

CHRIS CHAOS:
How do you feel about Satanism?

CRISTIAN:
To be honest up until September 21st. I didn't think it even existed I thought
it was just a hoax, I didn't know people actually practice anything like it. ( laughs) But Seeing the ceremony first hand, you can see why people get into it at first, and it's pretty much to the idea that it looks fun. (Laughs) It's almost too cheesy.

CHRIS CHAOS:
What do you feel is the biggest misconception concerning Satanism?

CRISTIAN:
The fact that everyone thinks it's bad, because they are showing love to the
fallen one and the bad guy of the story, when in all reality to me. It was
explained that they don't worship satan himself or the satan that we all fear,
but the actual from earlier religions. To me it's simple if your going to
dislike something and fear it at least take the time to understand it and then
judge it afterwards. But as we tend to ignore and recklessly jump into
conclusions. 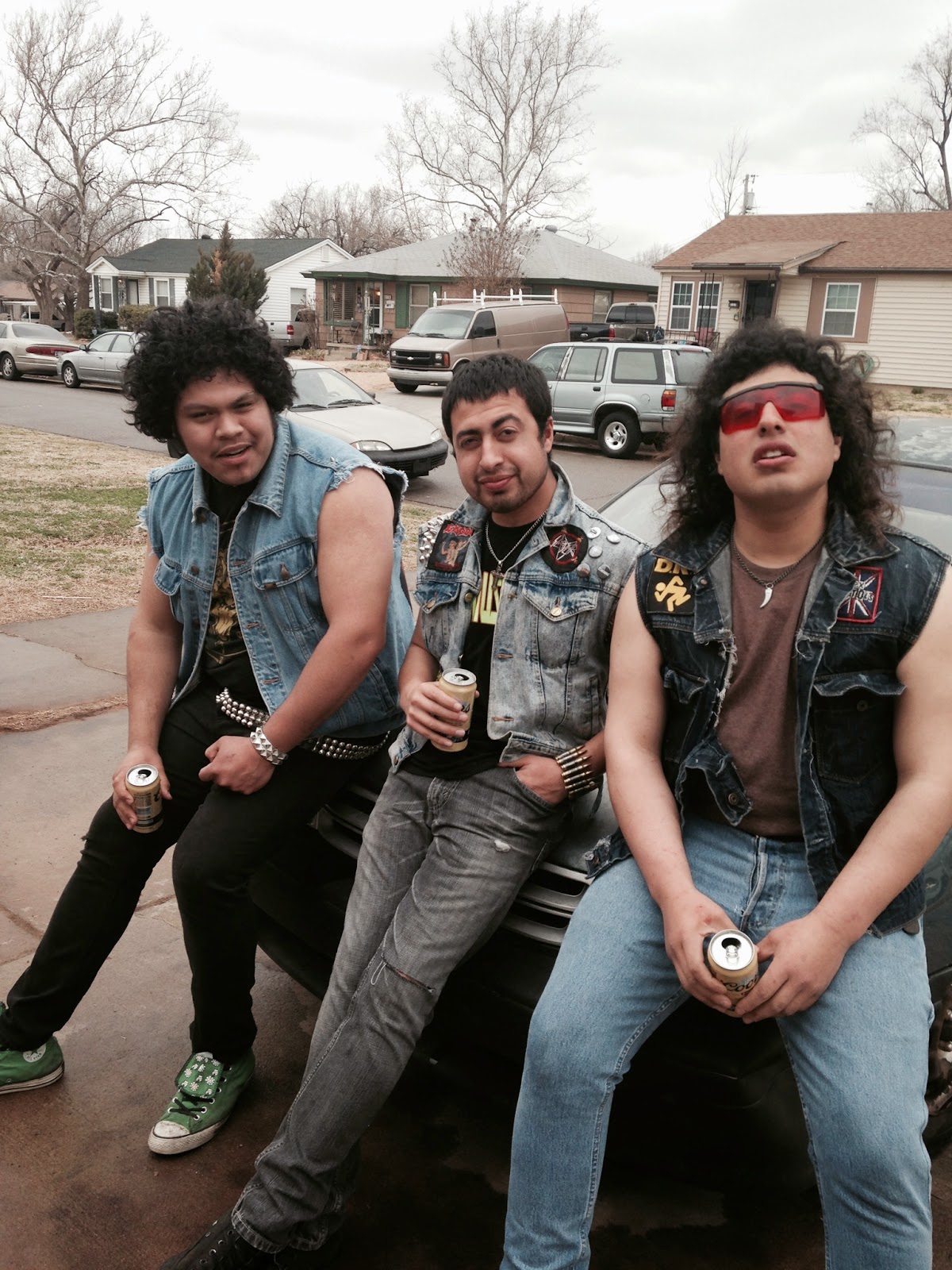 CHRIS CHAOS:
Tell us of your performance at the Black Mass in September 2014:

CRISTIAN:
It was fun, I think so. ( laughs) we play in crowded places so we are use to
seeing the crowd standing up, so definitely the black mass show will be one to
remember since everyone was seated, half way through our I went out to the crowd
and told them that they should feel privilege in being overdoze first seated
audience ( talk about success) ( laughs). But it was fun we enjoyed ourselves it
felt nice to play In a decent venue again. ( laughs)

I'm not a satanist ( laughs). To clarify things for the readers, the only actual
reason why I agreed for overdoze to play for the black mass. Was as a favor to a
friend of mine who might be high council or an apprentice of the priest, and she
invited us to come out and play for the low cost of gas money and free drinks. (
laughs) Other than that I have no connection with this.

CHRIS CHAOS:
What do you dislike the most about Christians?

CRISTIAN:
When they wake you up on a Sunday morning. Your like f**k it's not cool
specially since your hungover from Saturday night. (Laughs) In all honesty, I
myself don't have anything against any religion. 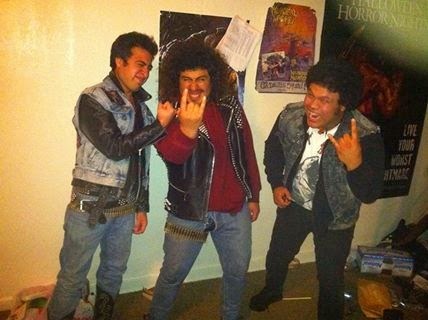 CHRIS CHAOS:
How do you promote your beliefs?

CRISTIAN:
Spiritually it's hard to say given to the fact that I have emphasized that I'm
not really a religious person. I would have to say just come on out to an
Overdoze show and you'll see what our beliefs and it's good friendly violent
fun. You can tell a lot of what's going on

CHRIS CHAOS:
Were you raised religiously?

CRISTIAN:
Yes I was baptized catholic, but I unfortunately it's been awhile since i have
actually set foot into a Catholic Church.

CHRIS CHAOS:
How does Satanism influence your music?

CRISTIAN:
For lack of a better phrase I would've to say ' satan is cool' it's almost like
a fad in the metal world you got legendary bands like iron maiden, angel witch,
and venom, and not to mention the countless number of metal bands that have
rooted off of them, with sub genres like black metal, Norwegian black metal, and
so on. Although our music is dark and my lyrics aren't as evil as I wish they
could be. Like Deathrow's 3rd verse which is one of our songs it goes ' now I'm
sentenced to death or so it seems,
An eternity full of torture with all of these fiends,
Satan smiles with a red grin,
He welcomes me home to Deathrow'
And it's just explaining what might be going on through an inmates mind after
he's been sentenced to death row for murder charges.

CHRIS CHAOS:
How does your family feel about your beliefs?

CRISTIAN:
I got lots of crap for playing the black mass. When I told my parents about it,
it was almost as if they were disappointed in us. I remember my dad just saying
keep doing your stupid s**t f***er.

CHRIS CHAOS:
What is your goal with your current band?

CRISTIAN:
Our current goal with the band is to keep playing as many shows as we can play
just exploit it, and if it's possible get out on the road and hit it off for at
least a two month tour.

CHRIS CHAOS:
What was your favorite band that you toured/played with?

CRISTIAN:
We had the honor to open up for two legendary bands from the new wave of British
heavy metal and that was diamond head, and Raven. Which was hands down the
ultimate experience for us since we are all great big fans of them.

CHRIS CHAOS:
How did you get started in music?

CRISTIAN:
It started back in middle school when I was learning to play the stand up bass.
Or double Bass if you will, and a friend of mine showed me burned CD of
metallica's kill em' all album which he played Anastasia ( pulling teeth) Cliff
Burton's bass solo, I remember instantly being hip prizes and getting lured into
metal and the rest was history. ( laughs)

CHRIS CHAOS:
Tell us about your 1st band:
CRISTIAN:
Overdoze is my first and only band and I don't think It will ever change. (
laughs)

CHRIS CHAOS:
What is your opinion on TST putting
the Baphomet statue up in Oklahoma?

CRISTIAN:
It's going to be different, if most definitely will turn heads, I think the
government will have to watch out. People aren't going to be positive about it.

CHRIS CHAOS:
What is your opinion on the Separation of Church and State issue?

CRISTIAN:
I think it should stay separate.

CHRIS CHAOS:
Do you feel that there was/is a huge network of Satanists standing by to destroy the world?

CRISTIAN:
There might be who knows, it would really suck if the network actually did
exist. But up until now I don't think there's hard evidence on that.

CHRIS CHAOS:
How do you feel when some people say that "Satanic music" causes listeners to
murder, rape, or kill humans/animals?

CRISTIAN:
Music should never be Blamed for the wicked minds of man. Yeah music can give
you an adrenaline rush, and pump you up or make you feel alive. But it's
demented minds that go amongst themselves to hurt the world with fiendish acts.
Why they do it who knows unfortunately broken minds can never be understood.

CHRIS CHAOS:
What other causes do you support?

CRISTIAN:
All the minorities in the U.S. Underground music, gay rights, male and female
equality.

CHRIS CHAOS:
If you could change one thing in this world, what would it be?

CRISTIAN:
Our abuse on natural resources. We need to find alternatives before it's too
late for our future generations.

CHRIS CHAOS:
Who are your heroes?

CRISTIAN:
My parents for coming into a new land with nothing but penny's from their old
homes to raising four kids on their own and giving us so much to look forward
to. They help take pride in my roots.

CHRIS CHAOS:
Do you have any inspiring quotes?

CRISTIAN:
' Even if it's impossible, a man should never say that he can't do it or won't
do it' my father Reyes Perez

CHRIS CHAOS:
Is there anything else that you want the readers of this interview to know
about?

CRISTIAN:
Yeah, we will play in your town if you bring the people, drinks, and gas money
to go home after the show. ( laughs) 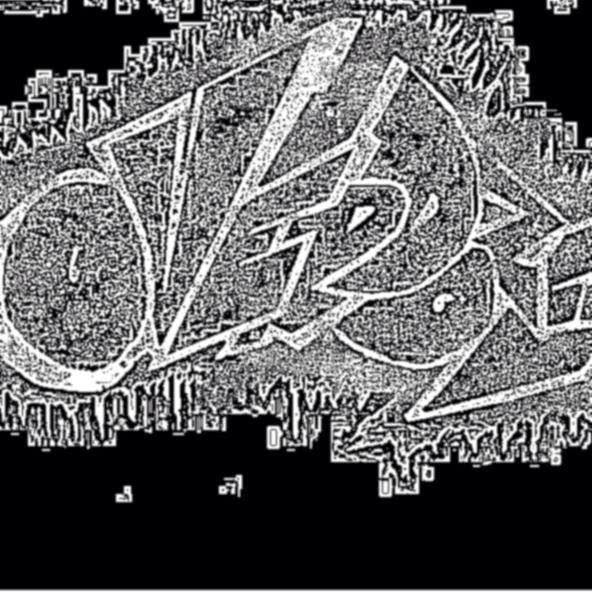 (Chris Chaos is a long time resident of South Jersey who once again resides in and writes from Gloucester City, New Jersey. He is a filmmaker, a business owner, writer, urban explorer and investigator of the odd and weird, a proud parent, happily taken and a connoisseur of hot wings. Chris can be reached at AxisVideo@aol.com)
Posted by Chris Chaos at 9:03 AM