The Crossroads: Robert Johnson's Deal with the Devil

Where is the the Real Crossroads? 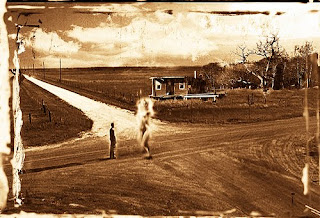 Artists impression of Johnson meeting with the devil

Many know the story of Johnson supposedly selling his soul to the Devil to become a better Bluesman......

Johnson's wife was pregnant but her and the baby died in childbirth. Understandable Robert was distraught and did not know what to do. He decided to leave town for some time, and upon his return he was a changed man. He could play his guitar like a seasoned vet and his voice was silky smooth, a stark comparison to the terrible musician that the town locals remembered prior to his disappearance. Many attributed his marked progress to meeting the devil during his travel and Johnson sold his soul in exchange for becoming a better musician.

Some new speculation has emerged concerning Robert Johnson and the location of where he made his pact with the Devil. 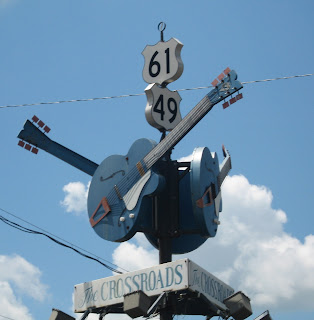 Many fans go to the crossroads at highway 61 and highway 49 in Clarksdale to pay their respect due to them thinking this is the legendary location where the pact with the Devil way made. Some new evidence may suggest this may not be the correct location.

Many of the 80 and 90 year old southern bluesmen along with many historians and blues music researchers suggest that the location Robert was talking about is in Rosedale. 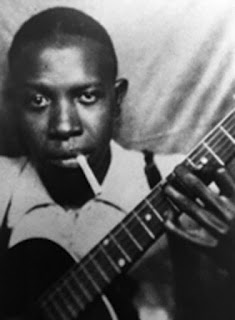 Although of course no one will TRULY know but his song does mention in the lyrics the city: "Going up to Rosedale, got my rider by my side”. But Son House states that he knows for a fact where this deal was made. According to the legendary blues musician he states it wasn't in Clarksdale. The claim is that it was where highway 8 intersects with highway 1. The Devil marks his territory with an "X", the crossroads, According to voodoo claims and legends, the Devil has to hang close to the river, meaning the mark could never be made so far from the river as Clarksdale. Rosedale is located right by the river and this verifies the folklore.

Only the Devil and Robert will only truly know which are the correct crossroads. Truth is that Robert never went to the crossroads looking for the Devil, he was waiting for him as Johnson passed through from Beulah on his way to Helena. The Devil and his dog greeted Johnson here and the dog seized Robert and shook him violently; When he did, the strings in Johnson’s guitar shook and vibrated and the blues emerged from those sounds.

The devil told Johnson, “.....the dog is not for sale, but you can buy that sound.” Robert wanted it so bad, the deal was made. From there, he was a master. 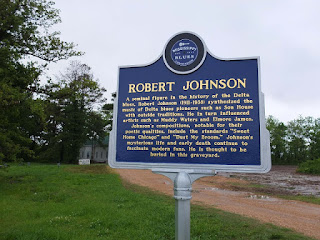 Plaque outside cemetery where Johnson's body is located

At the age of 27, Johnson died on August 16, 1938, some say that the devil came to collect his due, but others stated that he was poisoned by the jealous husband of a woman that Johnson flirted with.

While strychnine has been suggested as the poison that killed Johnson, at least one scholar has disputed the notion. Tom Graves, in his book Crossroads: The Life and Afterlife of Blues Legend Robert Johnson, relies on expert testimony from toxicologists to argue that strychnine has such a distinctive odor and taste that it cannot be disguised, even in strong liquor. Graves also claims that a significant amount of strychnine would have to be consumed in one sitting to be fatal, and that death from the poison would occur within hours, not days. Contemporary David "Honeyboy" Edwards similarly noted that the poison could not have been strychnine, since Johnson would have died much more rapidly, instead of suffering for three days.

Who knows the truth though? Science and logic says he got that good through diligent practice, and a natural ability. But the blues (and music in general) was never about Science, was it? 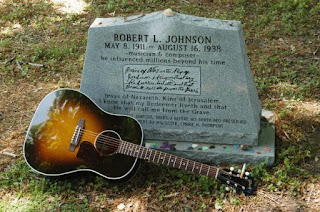 Johnson's stone
NOTE:
Johnson was inducted into the Rock and Roll Hall of Fame as an early Influence in their first induction ceremony in 1986.

In 2010, David Fricke ranked Johnson fifth in Rolling Stone′s list of the 100 Greatest Guitarists of All Time.

(Chris Chaos is a long time resident of South Jersey who once again resides in and writes from Gloucester City, New Jersey. He is a filmmaker, a business owner, writer, urban explorer and investigator of the odd and weird, a proud parent, happily taken and a connoisseur of hot wings. Chris can be reached at AxisVideo@aol.com)
Posted by Chris Chaos at 8:13 AM