"AMERICA'S MOST RETARDED"
by Chris Chaos and Baron Craze

Foreword:
In the early 00's we (Axis Video) were in between projects and decided to take on the America's Most Retarded project before preparing for our next big release. Below includes excerpts from
THE BLOODY RISE OF AXIS VIDEO and a brief history of the AMR films.

One of the most ridiculous films to date has to be a film that I was involved with a few years back in the early 00's entitled "AMERICA'S MOST RETARDED" . 1st we were looking for people with oddball talents to showcase on the DVD, but the people that surfaced to be on this production..we were not prepared for. 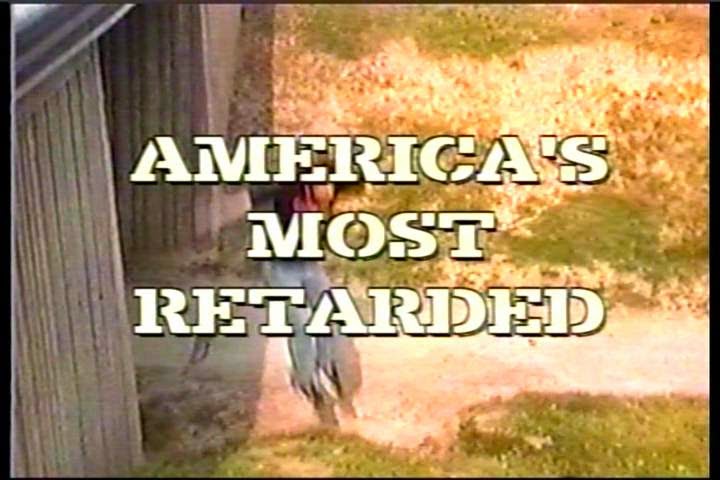 During casting we were contacted by a Sam Santoro from Leper-con Productions. He wanted to become the director for the America's Most Retarded series. After some time we learned that Sam was the notorious bandit behind the BMG and Columbia House CD/DVD defrauding. He created many upon many accounts in order to receive their "free" products. Sam amassed a small fortune with his new media collection.

Pre-Jackass and pre-2000, we were all fooling around with the video camera and making others do insane things in front of it. We accumulated many hours of footage but had no idea what to do with it. Flash forward several years we constructed an idea to go back and capture the flavor of what we filmed years before. So we placed ads on social media groups looking for people to film and include on this film we were dreaming up. Many people responded and expressed interest wishing to be included in the film. Three individuals stuck out: Jimmy the Busboy, Lenny the Loon and Leathur Wench Rokk, we contacted them and set up the filming dates.

AMR (#1) was filmed over the course of 4 non-consecutive days and then edited down to about 1 hour. A follow up entitled “Americas Most Retarded 2: Stupid Is As Stupid Does” was later edited into a 2 hour disaster, and many other ‘tards were added into this mix along with left over footage from AMR #1. We found people at the subway in need of a ride and filmed them to include in this disasterpiece. I worked with a guy that I dubbed Clock since his one arm was smaller than his other, just like a clock.

America's Most Retarded: Stupid Is As Stupid Does DVD

America's Most Retarded: Stupid Is As Stupid Does Digital Download 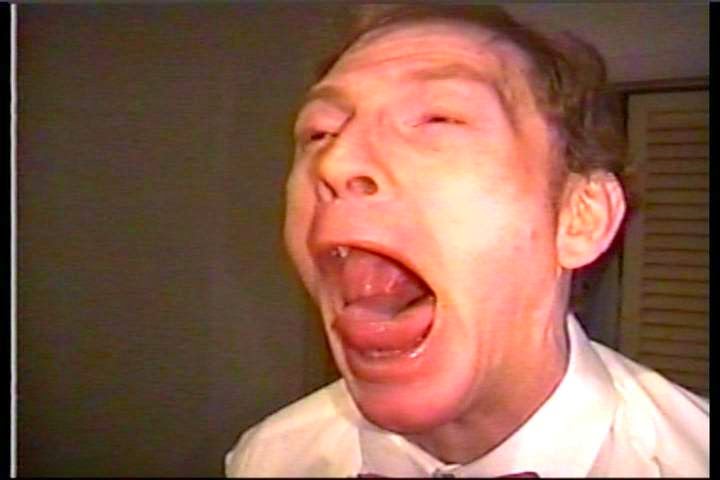 JIMMY THE BUSBOY:
The 1st person that we filmed was Jimmy the Busboy, a sick fuck and a busboy at one of South Jersey's more seedy establishments, The Coastline (owned by a family of Bangladesh). To set the tone and establish the workers and clientele of this location... The DJ was infected with AIDS and had a chip on his shoulder taking different ladies home each night, sleeping with them in the hopes of spreading and sharing his misery.

As Jimmy put it, "I bused tables for a very looong time." It was a chilly evening and we met with Jimmy at his house right next to the bar, he let us in and took us on a tour of his dwelling. He lived with the rest of the workers from the bar crammed into this little house. Jimmy didn't have any beer and we wanted a drink to get though this shoot so we went with him to the bar and made him purchase us some brew. Upon return back to his house the antics increased and his roommates were home, so we had to go and meet them too. I am not sure how many people lived in that house but it appeared to be many based on the industrial mop, 3 over sized fridges and piles of shoes in each room. The stench of stinky fish and rotten feet filled the air as you attempted to take a breath. He also licked dirty mops and shoes, drank bong water and participated in other degrading acts and also volunteered some very disturbing stories from his life. 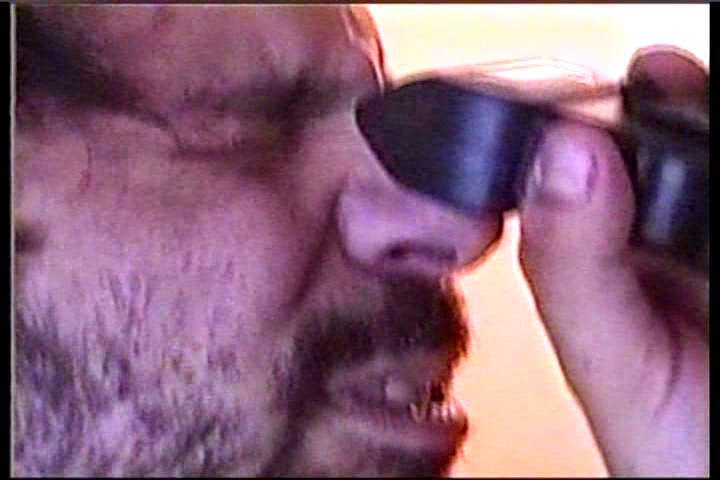 LENNY THE LOON:
For the 2nd cast member we found Lenny the Loon, who stated that he had a high threshold for pain and falls asleep while getting tattoos. For the 1st day of filming we met him at his place in Mount Laurel when he started on his antics. He stole a neighborhood kids bike, acquired a stun gun for a stunt a little later in the night. He met us at Keith's place and we set out a full day of filming with him due to his wide talents. Lenny's cast-mates were a stun gun, hot sauce and alcohol. Later in the day we went to a local parking lot and made Lenny our stunt dummy and put him in a shopping cart to be pushed into things, he also ate a whole box of ex-lax with plans for him to shit himself in a crowded store and we also made a real life Mario and had him swim in a sewer pipe. 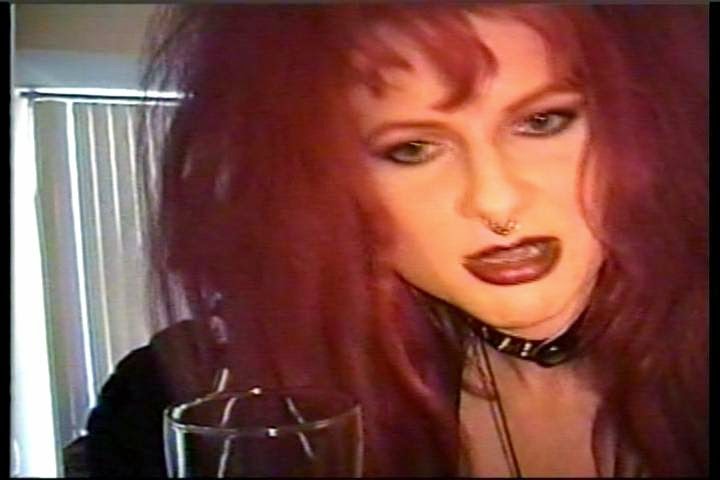 LEATHUR WENCH ROKK:
LWR out of Atlantic City, what a trollop. Where to begin? Hahaha. She came out to audition for a role in our Jersey Devil documentary and her audition turned into material for this film. We met up with her on several occasions because the comic relief that she provided was priceless. I think we still have hours of unused footage of this beast. On one of the days we filmed her on location in AC and one of the more interestingly framed shots was when we came across an AC bum drinking on a bench, so we placed her on a neighboring bench and made sure we could see the bum in the background drinking his liquor. The next meeting with LWR she took the bullet train up and met at Keith's place where she continued in her stories of all of her adventures. She got overly drunk on wine and Everclear and the events that unfolded afterwards can never be discussed..ever again.

When we edited and released AMR we still had a ton of source footage that did not make the cut, so we dumped it into the sequel. Once again we did casting calls and secured more talent to be included in the next installment. We accumulated so much footage over he years, b-roll, outtakes and just plain insanity that we also included. The main new cast member that we added was dubbed CLOCK. His real name was Sean but we called him Clock due to the fact that his one arm was undeveloped and much smaller, resembling the large and small hand of a time telling device. 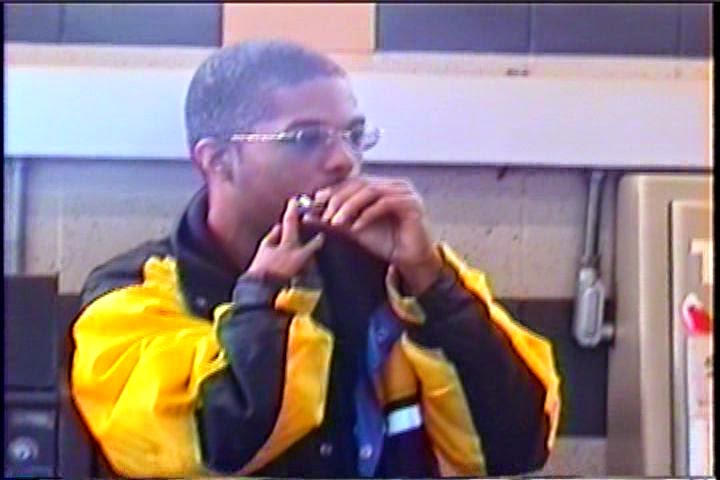 CLOCK (Sean):
Clock was the nickname given to another special victim whom had a stumpy hand that resembled a chocolate covered pretzel. He reminded me of a clock since his one hand was shorter than the other. I met him at an office job that I once held while in the corporate world. He was fascinated by all the stories that I told about our filming adventures. He would always come to my office and annoy me so one day I told he to come out and we would make him a star. 1st trip was to the Berlin Farmers Market. We went up to the man selling chainsaws and axes and had a little fun with the man asking questions about body bags, duct tape and if the axes could penetrate bone. 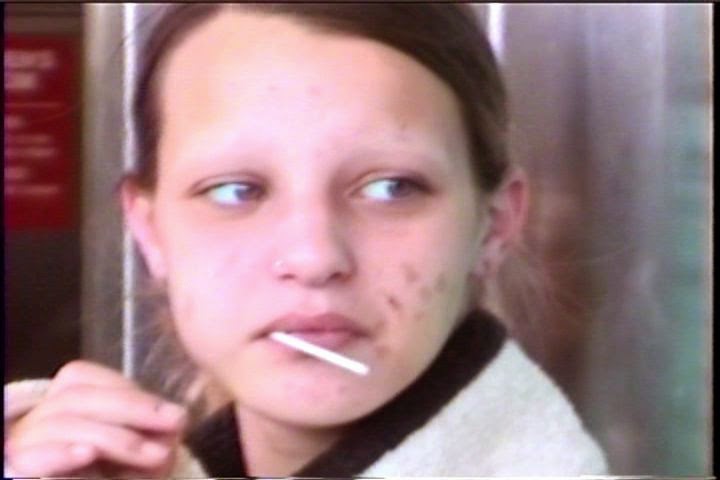 THE COUPLE AT THE TRAIN STATION:
I Think we met this couple while dropping LWR's ass off at the train to send her back to Atlantic City, we made them sing, dance and do other acts of stupidity. They needed a ride to a town a few miles away, so we made the deal to drive them in the back of the van if they would have sex and allow us to film it.

The rest of the cast of the America's Most Retarded series are lost to history, you will have to view it to hear their stories.

BARON CRAZE: "Axis Video and with some assistance from me had successful completion of two new films, the sequel to the America’s Most Retarded, as early entry into the Jackass Films of today, entitled as America’s Most Retarded 2: Stupid Is…As Stupid Does. This film had scenes of Chris and me at the Ozzfest, showing the injuries of Hacky Sack, Drinking Beer (with me upping the ante) and encounter with a rude Buddhist and myself who deliberately spilled my Busch (ugh) beer. The best though was finding a vehicle in honor of Slayer, this pickup truck, came out of hell, red and black, a skull on the exterior antenna, with an ammo belt on the dash, windows down, and not dare fuck with this vehicle." 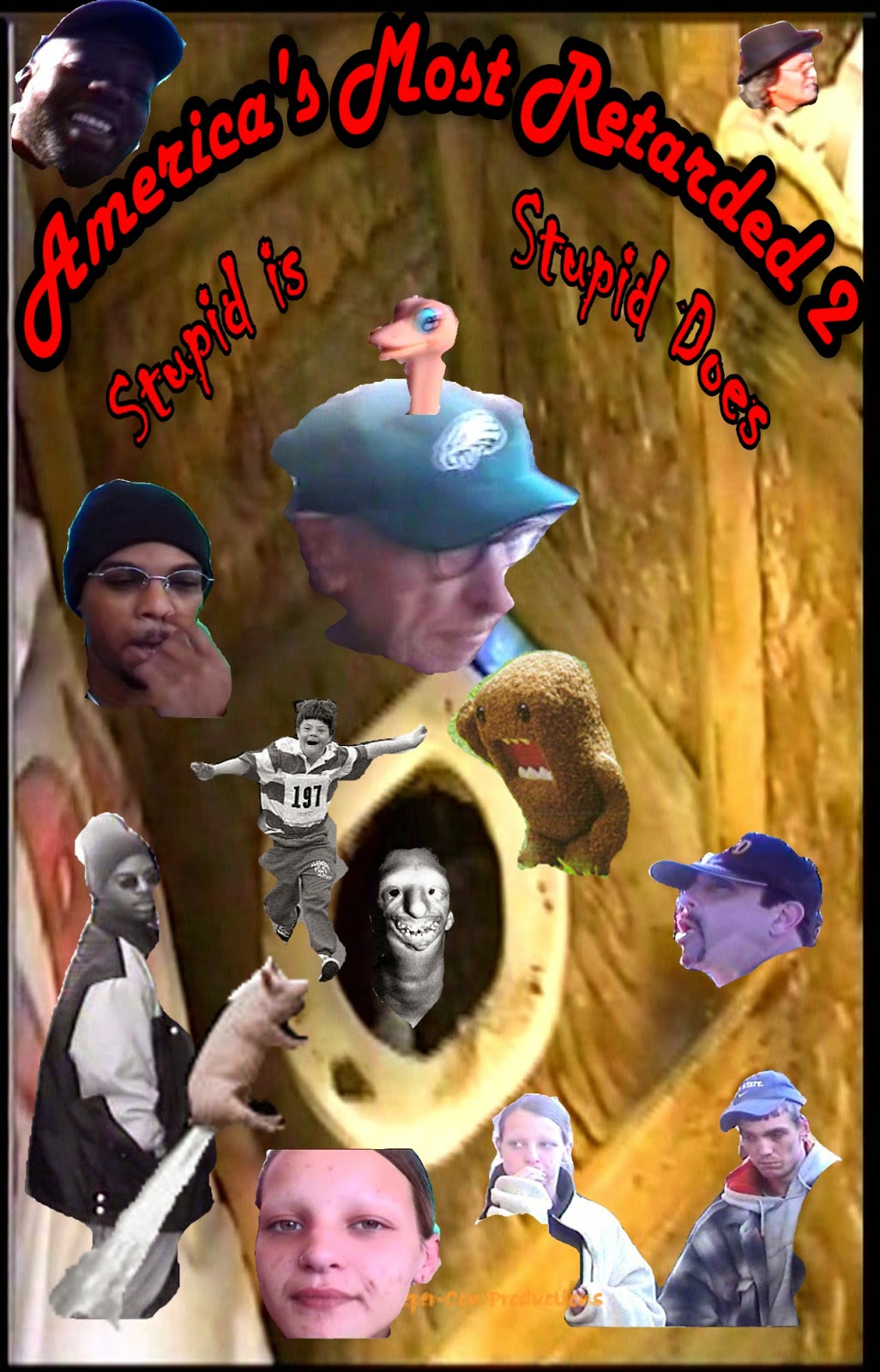 America's Most Retarded: Stupid is as Stupid Does
$1.99 digital download sale special!

America's Most Retarded 2: Stupid is as Stupid Does will surely be a reason to dislike sequels.
Starring: Lenny the Loon, Jimmy the Busboy
Run time:1 hour 29 minutes

Whether on your way to Walmart...or the laundry-mat... the future of the world, yes, these people are real..and no ..you are not watching Jerry Springer..this is worse.....much much worse.

AMERICA'S MOST RETARDED: Axis Video's Greatest Sh*ts will include:
More Jimmy the Busboy and Lenny the Loon
Drunken Fools
The hazards of Hackey Sack at Ozzfest
Drunks drinking beer from the dirty parking lot ground
Stupid fights and inbred backyard fighters
Ugly People
Charlene Baby (The Retarded retard) reprises her role and demands violence
Behind the scenes at video shoots
Hot girls (The Sexy B*tches of Axis Video)
Fat squirrels
Retarded Hill Billys from Bumblef*ck USA trying to be funny
The Bums of Philly
and much much more <------a crowd favorite

WHO IS ......SAM SANTORO????
Sam Santoro is the legendary book bandit, video hoarder whom has amassed a small fortune, more than D.B. Cooper, and more notoriety than the A-Team, by scamming Columbia House, BMG, Book Club of the Month, and other
retarded companies that front product before receiving payment.

ON A FUNNY NOTE: The world police (Inter-pol) can't find Osama, but the Postal authorities will get you in no time if you scam through the mail. Poor Sammy.........

The legendary imprisoned SAM SANTORO, mastermind behind AMERICA'S MOST RETARDED, approached Axis Video once again from behind his greasy bars in federal prison.
Sam says to me on one dreary visit, "Chris, see to it that the legend, the saga, the legacy of the Retards lives on. I commission you to produce AMR 2, do whatever it takes to get it to the world. Spread the gospel wide and clear...to
all ends of the earth. Leave no Stone unturned"

So touching, it brought a tear to my eye, or was it the onions in my cheesesteak? AMR 2 will surely be a reason to dislike sequels.


(Chris Chaos is a long time resident of South Jersey who once again resides in and writes from Gloucester City, New Jersey. He is a filmmaker, a business owner, writer, urban explorer and investigator of the odd and weird, a proud parent, happily taken and a connoisseur of hot wings. Chris can be reached at AxisVideo@aol.com)
Posted by Chris Chaos at 2:04 PM