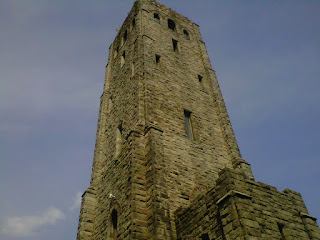 A legendary tower featuring tales of suicide, Satanists, martial infidelity and ghosts which is located in Rio Vista, New Jersey. It was stated that some of the work crew members died when they attempted to tear this structure down. 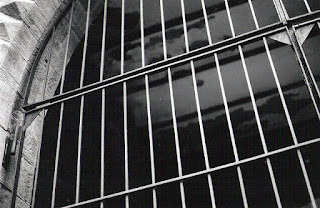 Another legend says that if you drive your car around the tower six times in reverse, the ghost of sugar baron Manuel Rionda's wife (or the Devil Himself) will appear. We did this several times but nothing happened. Eventually the tower was sealed up because of break-ins. 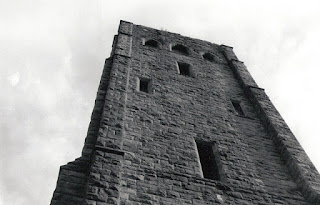 In 2012, Forbes ranked Alpine as America's most expensive ZIP code with an average home price of $4.25 million, many of hip hops elite call this zip code home, along with Jay-Z, Oprah Winfrey and Chris Rock. 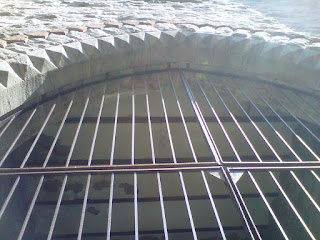 The Devil's Tower is located in Rio Vista and is an upscale neighborhood in the southern section of Alpine. The Tower is a stone clock tower that is claimed to be haunted, that was originally built by sugar baron Manuel Rionda (1854–1943) in order to allow his wife to see New York from the New Jersey side of the Hudson River. His mansion was the biggest one on the Palisades, with a mansion on the cliffs where the present-day Alpine Lookout is located. 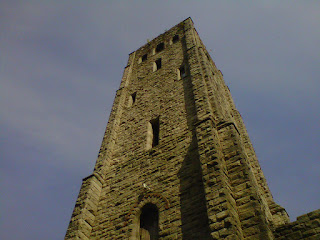 The legend has it that when his wife saw him with another woman, she committed suicide by jumping off the tower. In reality Harriet Rionda died of natural causes in 1922 and was interred nearby for approximately 20 years; her coffin was moved to Brookside Cemetery, Englewood. The estate was later sub-divided into 197 housing sites consisting of miles of roadway, infrastructure, and related facilities in the mid-1980s but was mostly woodlands through the 1970s.

More info can be found at:
https://www.facebook.com/Cursedbook


(Chris Chaos is a long time resident of South Jersey who once again resides in and writes from Gloucester City, New Jersey. He is a filmmaker, a business owner, writer, urban explorer and investigator of the odd and weird, a proud parent, happily taken and a connoisseur of hot wings. Chris can be reached at AxisVideo@aol.com)
Posted by Chris Chaos at 12:00 PM