The Adventures of the Parasite #1 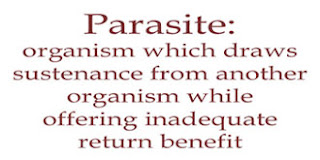 Parasite: an organism that lives in or on another organism (its host) and benefits by deriving nutrients at the host's expense.

Here is a fun little story concerning the sad mentality and lack of ambition by America's youth and approaching middle age population. Where are your priorities? 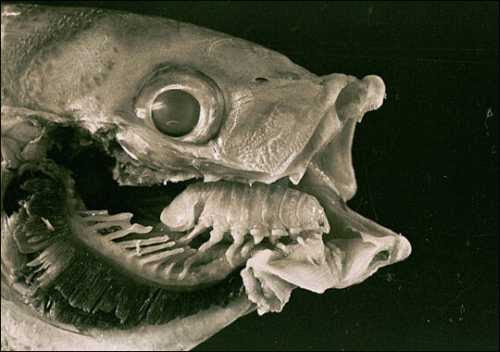 The Parasite had a wonderful night sitting up and arguing his point on many hot topics with the population of the internet, he felt victorious since he outlasted his competition. The Man had to go to bed and leave the conversation since he had to wake up early to go to work. The Parasite has no job so he was able to stay up all night and prove his point.

The Parasite was all gung ho about the pending move to raise the minimum wage despite the fact that he has no job to begin with. All his bills and obligations are covered by his parents as he lives in his parents basement.

In the argument the night before, The Man was talking about educating yourself so that you can secure a good paying job in this down turned economy. The Parasite stated that he has no money to begin with and cannot afford college or secondary schooling. You see, The Parasite is an expert in creating excuses (and self inflicted Learned Helplessness) to explain how he has been wronged and was limited in his choices.

In between arguing with The Man, The Parasite was trying to decide how he was getting to Gamestop so he could purchase the new game coming out in the AM. But he could not decide if he wanted the game for PS4, Wii or the XBox.

The Parasite is in his 30's, lives in his parents basement and plays video games all day. All The Parasites money goes towards purchasing video games and going to the movies. The Parasite always brags that he owned just about all the video games ever released since the the Atari 2600. His greatest accomplishment in life is beating and completing all the games that he plays.

Now if The Parasite would have used that money for higher learning, then maybe he wouldn't be a leech and sponge off of his parents.

You can observe some people and immediately tell they will only gain two certificates during their lifetime...a birth and a death certificate.

(Chris Chaos is a long time resident of South Jersey who once again resides in and writes from Gloucester City, New Jersey.  He is a filmmaker, a business owner, writer, urban explorer and investigator of the odd and weird, has a black cat named Jynx, two rats: Hopping Heather and Climbing Carol, a proud parent, happily taken and a connoisseur of hot wings.)
Posted by Chris Chaos at 12:00 PM