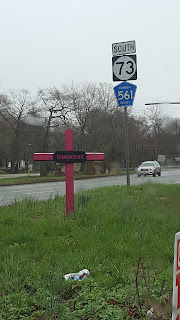 On the corner of Myers Ave and Route 73 in Winslow Township you will come across a peculiar pink cross with the name DOMINIQUE emblazoned across it. Over the last few years I have driven past it many times and wondered who it immortalized and what circumstances occurred for it to be erected. Eventually I took to the internet to start researching what the story was behind this pink cross.

***NOTE*** Some details and names were left out to protect the parties involved.

The facts pulled from various news sources were: On April 5th, 2008 Dominique Dezii was tragically killed when an ATV, on which she was a passenger, was struck by a car in Winslow Township NJ. 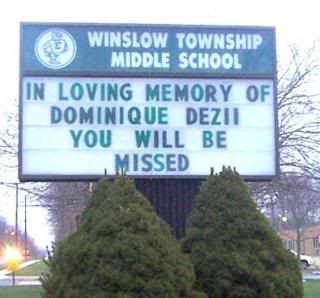 The news reports are a dime a dozen, people are sadly killed in accidents everyday. So who was this Dominique? For this, you have to dig a little deeper. She was more than just another statistic and a memorial on the side of the road. Dominique was an 8th grader in Winslow Middle School and participated on the town's softball and field hockey teams. The teams that she played on were the Winslow Mayhem and South Jersey Bandits for softball and the Winslow Eagles for hockey. 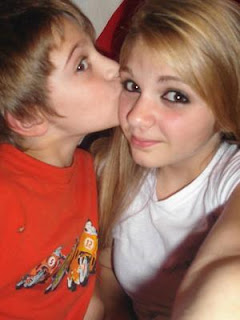 Her friends and family had this to say about her:
"Even at her young age Dominique was an inspiration to all who knew her. Quick with a smile and always comforting to those she loved, she made the world a better place." 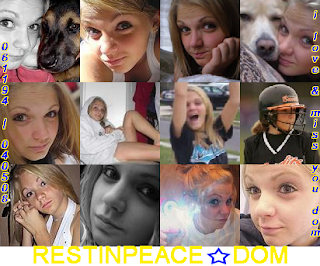 The incident happened in April of 2008 when Dominique and two of her friends (Amber Napoli, 15 and the unidentified male driver) were traveling on an ATV. At the time of the accident a 16 year old boy (identity withheld) was driving when the ATV was on Myers ave and the boy saw a police cruiser, got scared and sped away. The boy ran the red light at the intersection of Myers and Route 73 and a Nissan Altima hit the ATV as they attempted to cross traffic. None of the three passengers on the ATV were wearing helmets and Dominique was killed on impact and another female passenger was injured. 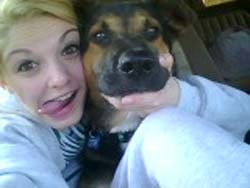 Dominique's mother did not fault the boy as it obviously was not intentional and he has been friends with her daughter for some time. Initially the boy was to receive vehicular-homicide charges, but later in court he was placed on probation, would not be able to get his license until he turned 18 and received mandatory counseling. 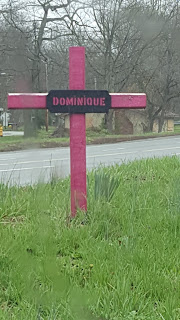 Additional charges brought up by the Winslow police were: Operating the ATV without the headlights on, carrying passengers on a vehicle not designed to carry passengers, operating a vehicle not meant to be operated on public roads, none of the teens were wearing a helmet, the ATV was not registered or insured, reckless driving, failure to observe a traffic signal. 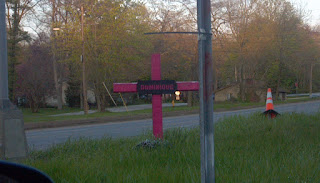 Hopefully this information will shed a little light onto what many have questioned: Who was this Dominique and why is this cross on the side of 73? So the next time you see it, be sure and wave and say hello.

Here is a personal webpage that Dominique had:
Dom's Personal Page