Was There a Satanic Murder at Batsto NJ? 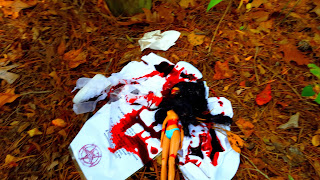 The date was October 18th 2015, a brisk chilly Fall day with a temperature of about 55 degrees. Something heinous took place during the overnight hours at this historic location. The last time something this horrific occurred here was back in 1993. (1)

We were alerted to a possible murder of a baby in Batsto NJ, a hiker found a baby's white shirt (size 0-3 months), pants and booties covered in blood along with a letter addressed to "My Lord" claiming the child as a "sacrifice". A Barbie doll was found alongside the bloody clothing but no human body was found.

We were initially contacted because some people (wrongfully) speculated that this may have been Jersey Devil connected. But obviously JD would not have had access to a printer to leave behind the letter, nor has he been known to kill little infants. 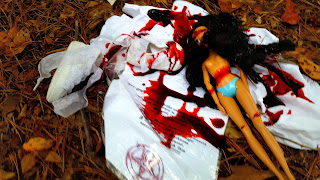 We are currently waiting on the police report to see if there were any missing children reported in the area around this time frame along with an examination of the blood found on the clothing to see if there is any known DNA match.

Here is the text from the letter left behind:


(Handwritten)
"Dark Worlds Left Untold
(Typed)
To My Lord:
Fire I breathe as anger untold
splurting out curses to those who hurt me
My soul is damned
as I lay undefeated.
I am myself a Demon from the underworld
an abandoned child of the light
for I live in the Darkness
and suffer with torment.
I leave you here with this
sacrifice!!!!!!!!!!!!!!!!!!!!" 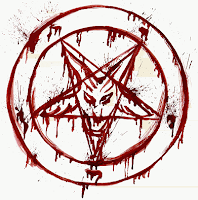 Here is the actual scan of the letter that was left in a paper protector that was also covered in blood: 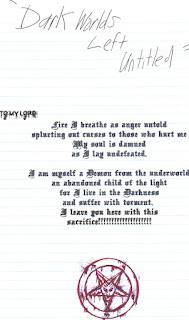 Where the red "X" is on the map is the location where the bloody clothes and letter was found. 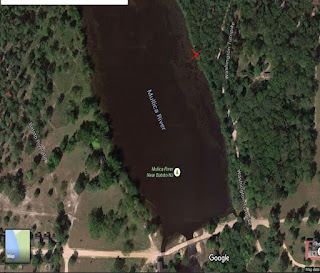 There is a little bench over looking the Lake and the pile was left right in front of it. It appears as if the person that left the clothes there intentionally wanted them to be found since they were left in an area frequented by joggers, hikers and has easy access by tourists. If the "killer" wanted the clothes to not be found there are plenty of spots that the evidence could have been dumped deep within the Pine Barrens and never found. 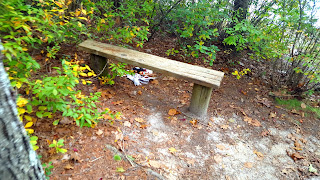 Bench where bloody clothes and letter was found by a hiker

We can only hope that when forensics examines the clothing and the blood a DNA match can be made so that the baby can be identified. Also if any hair or fingerprints were left on the artifacts by the killer he/she should be able to be identified. 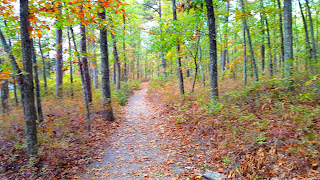 The Batsto Trail where the bloody clothes were found

(1) Here is a link to a previous murder at Batsto