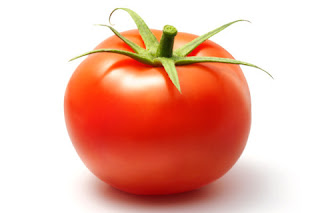 Tomato..vegetable or fruit?
Sooo..pizza...vegetable..2 tablespoons of tomato paste.....subsidized lunches....ingredients..diet...there I fixed it....Idiocracy. [1]
Yeah, this was a wonderful exercise in lobbying. This affects subsidized lunches in schools 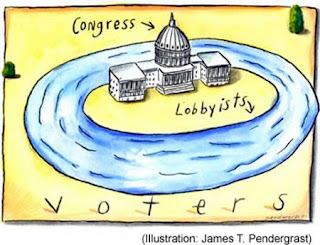 Congress has to go through the lobbyists before reaching the voters

Back in 2011 the Agricultural Department proposed some changes to the school lunch program, they wanted to limit the use of potatoes, sodium and delay a requirement to boost whole grains. Congress did bend to the will of the food lobbyists to keep tomato paste as a vegetable modifying the serving amount. The bill also allows the tomato paste that is used on pizza to be counted as a vegetable, ironically since tomatoes are actually a fruit. [2]


Specifically, the provisions would:

*    Block the Agriculture Department from limiting starchy vegetables, including corn and peas, to two servings a week. The rule was intended to cut down on french fries, which some schools serve daily.
*    Allow USDA to count two tablespoons of tomato paste as a vegetable, as it does now. The department had attempted to require that only a half-cup of tomato paste could be considered a vegetable — too much to put on a pizza. Federally subsidized lunches must have a certain number of vegetables to be served.
*    Require further study on long-term sodium reduction requirements set forth by the USDA guidelines.
*    Require USDA to define "whole grains" before they regulate them. The rules would require schools to use more whole grains. 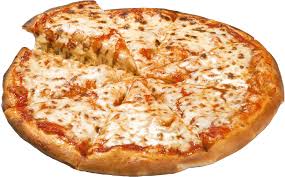 USDA’s Center for Nutrition Policy and Promotion (the people behind the Food Pyramid) recommend 3-5 servings of vegetables per day, and even list tomato paste as a “Selected Food Source,” noting its fiber and potassium contents. Pizza, on the other hand, is specifically criticized in the guidelines for being a “refined grain product…high in calories from solid fats and/or added sugars” that should be avoided. So why is pizza still on the menu for hungry poor kids? 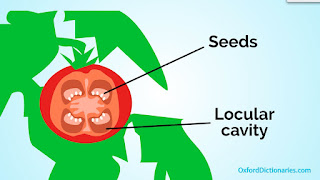 Pizza is also a combination of several ingredients at minimal: cheese (dairy), tomato paste (now considered a vegetable), crust (bread) and of course toppings and seasoning can be added.

USDA was attempting to correct the unfair credit when delineating required daily servings of vegetables and so the paste was measured on par with similar purees (it was argued that tomato paste should get extra credit since it creates “more of a vegetable” when mixed with water).

The tomato paste rule caught headlines because of the absurdity of conceiving pizza as a vegetable. What’s really startling (beyond the nutritional quackery) is the weight and influence of the food lobby: spending an entire year and untold sums of money to block one simple rule change from USDA designed to make our children healthy. If big business has the time and money to worry about tomato paste, consumers can only wonder what other legitimate regulations designed to protect their health are being spurned by the un-elected operatives of the agribusiness lobbying machine.

3 major food company arms requested the change, as you can guess they were the ones involved were the producers of frozen pizza, the salt industry and potato farmers. 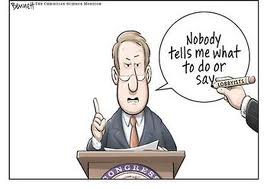 Also ironically some members of Congress felt that the federal government should have no hand in telling school kids what to eat while at school.

The school lunch proposal was based on 2009 recommendations by the Institute of Medicine, the health arm of the National Academy of Sciences. Agriculture Secretary Tom Vilsack said they were needed to reduce childhood obesity and future health care costs. An interesting side note is that obesity alone costs the U.S. about $200 billion per year in healthcare. [3]

"We are outraged that Congress is seriously considering language that would effectively categorize pizza as a vegetable in the school lunch program," Amy Dawson Taggart, the director of the group, said in a letter to members of Congress before the final plan was released. "It doesn't take an advanced degree in nutrition to call this a national disgrace."

[2] Scientifically speaking, a tomato is definitely a fruit. True fruits are developed from the ovary in the base of the flower, and contain the seeds of the plant (though cultivated forms may be seedless). Blueberries, raspberries, and oranges are true fruits, and so are many kinds of nut.