The “OBAMA ADMITS THAT HE IS KENYAN” video

An interesting video has gone viral that depicts President Obama giving a speech to a room full of people, as he stands in the middle and in it he finally admits what many people have accused him of…that he is Kenyan! Or so they would like you to believe, then question, confuse and muddle. 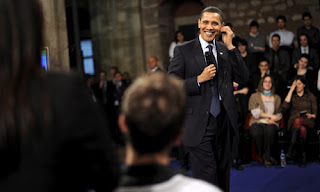 The original full video  (link provided at the bottom of this page) was recorded on April 7, 2009 with a run time of 44:41. On President Obama's last day in Europe he was addressing students in Turkey at the Tophane Cultural Center in Istanbul. Most of the population in attendance was Muslim and Obama was discussing some of the issues between America and the Muslim world over the last few years.

Now if you observe the video in question, (link also provided at the bottom of page)  you will note how the quality of the video is very poor, the camera keeps cropping out the top of Obama's head, the odd angles and other nuisances. This is because the video went through a crafty editing session, the footage was actually recorded off of a television screen with a video camera and then carefully assembled into the version that is being circulated. Some of the audio was taken from other sources and edited into this new version of the video. 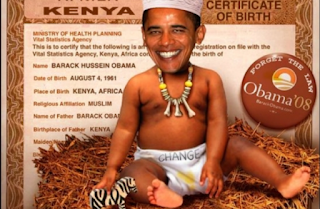 One of the memes that mocks Obama

This video was purposely and sloppily edited so even the most low information viewer could see how blatantly doctored it is. With that impression, the average person will with no further research and seeing this is obviously fake, the viewer will then conclude that Obama is truly an American, not born in Kenya and is not Muslim. Obama’s supporters will point out the fact that it is fake and make any true truth look false with such compelling evidence. Brilliant manipulate of peoples lack of investigating topics and claims further. Along with all the talk of Obama not being an American natural born citizen, a new term has been coined in contempt by people on the left to refer to people that believe this: Birthers.

Many of the Leftists are all over this video pointing out how it is blatantly fake (which it is) and pushed by “racist anti-Obama-er Birthers”…..further solidifying their arguments and closing the case. But the interesting twist is that this video was edited and promoted behind the scenes as an “anti-Obama-er racist Birther” production, yet a pro "Obama-er"  is the one that intentionally edited this sloppy video on purpose to throw a cog into the machine and make one side look worse than the other. The ones responsible for this video are members of The Weathermen, a group revived recently and grew out of the Revolutionary Youth Movement faction of Students for a Democratic Society. (Please do your own background fact finding on these groups and their activities, they are well documented)

This video is similar in concept to the white female teenage girl that falsely claims that a black man raped her to cover up her romantic involvement and pregnancy from her black boyfriend to her disapproving father. Or the infamous southern black churches that set fire to their own church for insurance money and then blaming it on the KKK for sympathy. Or the Rabbi that spray paints a swastika on his synagogue and blames it on local skinheads. 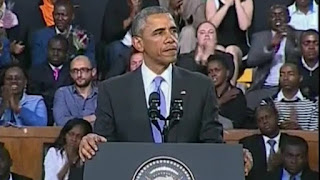 Sadly many of the people who either dislike Obama or the individuals that feel that he is truly un-American are clinging to this video as SOLID proof that the President is Kenyan, un-American and was not born in the USA.  They are citing this video as their SOLID proof and this further tests and confirms the gullibility; the lack of fact checking and investigating that one side has against the other.

On the flip side many of the far leftists/Communist are blaming racists, Conservatives, Republicans for editing this video to make it look like Obama is admitting something that is false. It is a blame game and manipulation of modern media, emotions, lack of fact checking abilities of the general American public

Now here is the link to the video, go watch it and make your own decision:
Obama Admits that he is Kenyan

and here is the original from the White House website:
Official/Original White House video

We provided you with the info, now it is up to you to review all the information and form your own opinion. Feel free to voice your opinion in the comment section but please be civil regardless of what side of the fence you sit in regards to Barrack Obama.